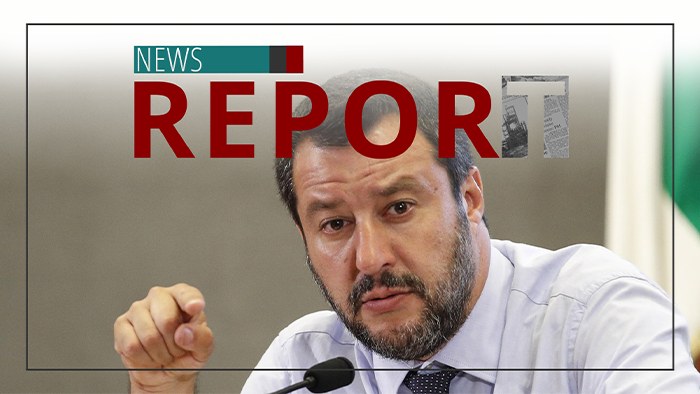 A conservative Italian lawmaker is calling out China's Communist Party.

The protest was a sign of solidarity with the people of Hong Kong, as the communist government in mainland China seeks to tighten control over the region using a new so-called security law.

The Chinese embassy fired back, accusing the Italian protesters of hypocrisy for wanting law and order in Italy while opposing heightened communist control in Hong Kong.

Salvini told the press he is not afraid of any threats from the Chinese diplomats.

But now — due to Beijing's security law — freedom in Hong Kong may be coming to an end as the government is prosecuting citizens for alleged terrorism and sedition; former protest leaders are stepping down or going into hiding; and pro-democracy books are getting removed from public libraries.