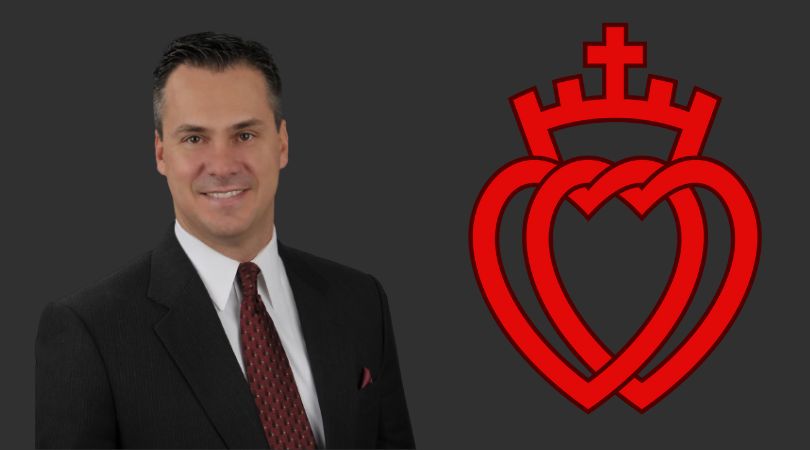 Calling a schism a schism

STEUBENVILLE, Ohio (ChurchMilitant.com) - A Catholic attorney and author is applying canon law to clear up misconceptions about the Catholic Church and schismatics.

The interview focused mostly on the canonical state of the SSPX, a hotly debated topic among Catholics. Salza blurred no lines in taking the controversy head-on.

They see all these abuses within the hierarchical structure of the Church. They step back and they say, "You know what, the Catholic Church is truly only those who profess the true Faith." And by professing the true faith, what do they mean by that, Matt? They mean those who go to the traditional Mass and reject Vatican II and the new Mass. They have almost redefined the Church to be this spiritual body of true believers who profess the true faith, again, without regard to whether the minister is part of the juridical structure of the Church and has been lawfully sent by the authority of the Church. This is exactly what the Protestants said.

Salza revealed that, after he had moved to a rural area nearby the SSPX community, he attended a Society chapel for about 15 years. He wanted his children to experience the Traditional Latin Mass and previously attended his diocese's Traditional Mass. After the move, Salza decided the nearby SSPX chapel was the best option for his family at the time. He admitted that the priests were good men, and Mass was beautiful.

Once he said that [SSPX's] position sounded schismatic, the conversation would stop.

While having one foot in the door of the SSPX, Salza noted, he continued attending the diocesan Latin Mass. He revealed that his support of the diocesan Mass was a point of consternation for the SSPX priests he knew personally.

It struck me that each pastor that came through there, Matt, discouraged me from doing that. They took issue with the fact that I was worshipping in union with the local bishop, even though it was the Tridentine Mass. They at least warned me about what they perceived would be the danger of modernism.

Salza recounted how, during his initial contact with the Society, he would question its doctrine. Once he said that its position sounded schismatic, the conversation would stop.

"I sensed right away that there was a resistance — or refusal — to share communion with what they call 'Novus Ordo Catholics,'" Salza admitted. "That was problematic. I discovered that pretty much everyone in the chapel held that same view."

Pints With Aquinas: Schismatics, the SSPX, and Sedes with John Salza

After reviewing the common arguments, justifications and documents presented by the Society to defend its position, Salza eventually took the questions to his bishop. He submitted dubia, or formal questions, to Abp. Jerome Listecki of Milwaukee, a canon lawyer, concerning the Society's canonical status. In one question, Salza asked if the SSPX Mass satisfies the Sunday obligation clarified in canon 1248. The archbishop replied with a definitive judgment that it does not.

Salza urged Catholics to ask their local bishop questions about the Society and Sunday obligations.

Power vs. Faculty to Say Mass

He noted that Catholics don't have the obligation to investigate whether a priest is under censure or has the faculty to say Mass. Salza does insist, however, that Catholics must know whether a particular church is in union with the local bishop.

SSPX does not have recognition as a juridic person, or entity, under canon law.

Salza then posited that the SSPX does not have recognition as a juridic person, or entity, under canon law. Since the Society was suppressed in 1975, Salza recounted, it is no longer a diocesean church as part of a diocesan structure. The SSPX, Salza stated, "is really a conglomeration of acephalous priests — without bishops with ordinary jurisdiction. These Masses are not being celebrated in Catholic Churches."

He explained that while ordained priests have the power to say Mass, they do not have the right to unless they are incardinated under a bishop. SSPX priests, Salza emphasized, are not incardinated.

He gave a further warning:

What the Church has always said is: If a priest does not have the faculty to say Mass, that Mass is illicit. And in fact it's sacrilegious because he's misappropriating spiritual goods that belong to Christ, and Christ hasn't given him the mission to do so. Pius XII calls these acts criminal and sacrilegious.

After addressing more of the common responses given by the SSPX, Salza insists that the Society is in fact in schism with the Catholic Church. He noted, "A profession of unity doesn't mean there is actually a juridical reality of unity."