Fr. Richard Perozich speaks with Church Militant about his ordeal

SAN DIEGO (ChurchMilitant.com) - The bishop of San Diego, California is banning a parish priest from publishing anymore columns in the parish bulletin.

Father Richard Perozich, pastor at Immaculate Conception Catholic Church, suffered backlash in November from parish bulletins advising Catholics how to vote. An October 16 insert — which had not been endorsed by Fr. Perozich — said it was "a mortal sin to vote Democrat." Father Perozich then authored an October 30 column in the parish bulletin denouncing abortion, the LGBT agenda, euthanasia and other intrinsic evils condemned by the Catholic Church. 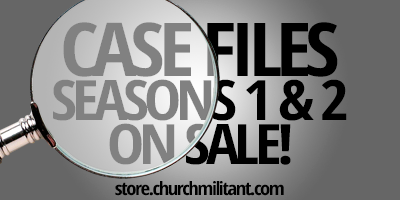 The backlash was immediate, with multiple media sources criticizing Fr. Perozich, while his own archdiocese refused to support him. His bishop, Robert McElroy, went so far as to make a speech the following weekend claiming that clergy should refrain from telling Catholics how to vote, either directly or indirectly.

"He said the information in my bulletin was not according to the magisterium," Fr. Perozich told Church Militant. "The bishop criticized a section I had on the parish website for Christians who suffered martyrdom for their faith wherein I identified the offender as the perpetrator and the martyr as the victim."

"I had put other theological opinions in on Islam, sexuality," he explained. "He [the bishop] said that these were anti-gay, anti-Muslim."

Bishop McElroy has quickly gained a reputation for being one of the most pro-actively liberal bishops in the nation, recently encouraging his priests to be more welcoming towards LGBT families, and advising priests to allow the divorced and civilly remarried to decide based on their own conscience whether to receive Holy Communion — contrary to longstanding Church teaching and discipline, which forbids those living in mortal sin (in this case, adultery) from receiving the Holy Eucharist.

Bishop McElroy informed Fr. Perozich he could only put "coordinating events" in the bulletin. He also ordered him to check the pamphlet racks regularly to ensure no one would place "non-Catholic fliers" there, and "to put into the dumpster the bulletins for November 6."

"I told him that I would comply with that," Fr. Perozich commented to Church Militant. "He said that he was done with this matter, and we parted."

The next day the priest bought the domain richardperozich.com "so that any comments Bishop McElroy may not like would not be directly associated with the parish."

Father Perozich now publishes at his site "theological and ecclesial thoughts by priests, bishops and lay Catholics to help people form their consciences according to the entire magisterium, and not just some new statement or opinion from a cleric in our current time."

The website includes columns by Fr. Perozich that otherwise would not be allowed in the parish bulletin. The introductory text on the webpage explains:

The bishop disagreed with the content of other materials, particularly on pages 3 & 7 of the bulletin, which were perspectives by Fr. Perozich and other educated people regarding matters of faith and morals and Catholic participation in society. Out of respect for the office as bishop, the bulletin is generic and coordinating. These Pages 3 & 7 are the pages that might have gone into bulletins and are meant for those who wish to hear others’ ideas.

When asked whether he believes parish priests should speak on issues like abortion, same-sex "marriage," gender ideology and divorce and remarriage, regardless of whether they touch on political themes or candidates, Fr. Perozich answered, "Parish priests must speak out to guide the faithful toward Jesus in all aspects of life."
In spite of the marginalization by his own bishop, Fr. Perozich is receiving a great deal of support from the faithful all over the country. "I have received dozens of emails, letters and phone calls of support asking please to continue guidance when the faithful feel the prelates are not guiding them," he remarked.
He went on to cite a letter from Business Professor Nicholas Vakkur of Trident University International, who chided Bp. McElroy for failing to defend the Catholic Church and leaving the faithful with the impression that it was not morally wrong to vote for Hillary Clinton. After defending Fr. Perozich's "conviction" and "courage," Prof. Vakkur went on to urge the bishop to:
Father Perozich also provided a letter from a parent whose son struggled with same-sex attraction, and who was greatly helped by Fr. Perozich's guidance (names redacted):

I am writing you today to encourage you to uphold the teachings of Christ and His Church. Please give us only God's Truth that sets us free, and not false hope that corrupts souls and offends God.

My son identifies himself as gay, and has chosen not to talk to me for the last 12 years. When I asked my parish priest for guidance in 1996, he suggested I go to a support group called PFLAG. I attended a group facilitated by a protestant pastor who was living a gay lifestyle. I heard many stories from parents of loved ones with a homosexual orientation. Their testimonies were a feeble attempt to convince themselves that as long as their son or daughter were in a "committed" relationship — albeit for "one year," "six months," "two weeks," "a new relationship" — it was OK with them that their loved ones were living a gay lifestyle. It was sad to hear their stories, and it was obvious they were not at peace and needed vindication from the support group. When it was my turn to talk, I said that I feared for my son's health, safety and for his soul. I told them I loved my son unconditionally but could not accept his lifestyle or be happy for him because of his homosexual inclination. The facilitator interrupted me and abruptly ended the meeting. Afterwards, he told me not to come back to another PFLAG meeting.

My frustration grew when talking to a few priests over the next year whom I thought could help me with my grief. Fr. [ ] told me I don't really love my son if I refuse to accept his gayness, which is unchangeable. None of them told me about Encourage, which I found online and read that there was a chapter in San Diego. The spiritual director was Fr. Perozich. I called the number listed and asked when and where the group was to meet. I was hopeful but apprehensive, so before going into the meeting, I asked Fr. Perozich, "Are homosexual acts always wrong?" When he said, "Yes," I thanked God for him and knew it was possible to separate the person from their homosexual inclinations. He is a wonderful priest, one of the most faithful I have ever met. With the Word of God, he guided me and many others through the grief cycle and renewed our hope for the soul of our loved ones with same-sex attraction. I attended several "Courage/Encourage" conferences and witnessed hundreds of men and women who previously identified as gay and with the help of "Courage," are living to please God despite their same-sex inclinations.

For several years, I was the San Diego facilitator for a PFOX chapter. This organization also promotes God's Truth. I also attended a New Ways Ministry Conference and heard heresies being taught. I am concerned that [this] article gives false hope for the organization that wants the Church's teachings to change. God forbid if that would ever happen concerning people with same-sex attraction, or the divorced and remarried without an annulment being welcomed into full communion with the Church. Of course keep inviting, and encourage and guide them on their journey to be in full communion, but never compromise God's Truth and the Church's teachings.

Father Perozich's weekly column can be found at his site, richardperozich.com. 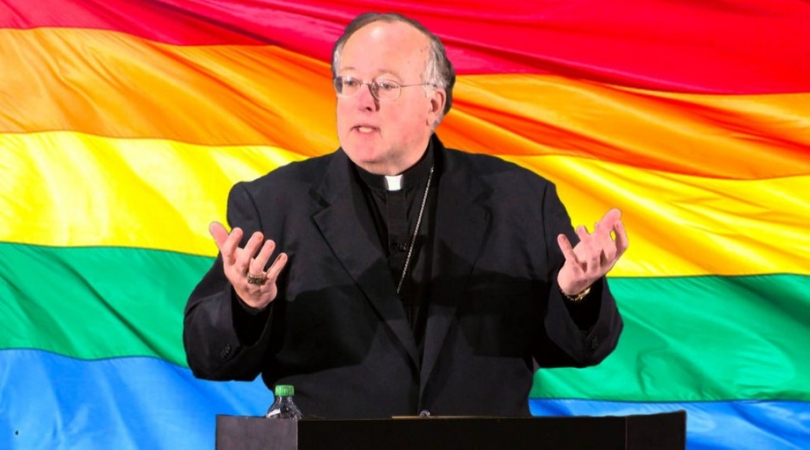