SAN DIEGO (ChurchMilitant.com) - The diocese of San Diego is celebrating the 20th anniversary of a U.S. Conference of Catholic Bishops' (USCCB) document that soft-pedals homosexuality.

Aaron Bianco, leader of the LGBT outreach ministry at the parish and young adult ministry leader, is openly homosexual. He is also associated with Call to Action, a self-described Catholic activist group that openly dissents against Catholic Church teaching on human sexuality.

Allyson Smith and other members of Ecclesia Militans San Diego, a group of concerned Catholics, are telling Church Militant nearly 80 police officers, including SWAT personnel, were present due to alleged "threats of violence" over social media.

After Holy Communion, transvestite Murray-Ramirez announced from the lectern that McElroy and Dolan had "spoken out for equality and civil rights" and that his "prayers were answered" after living in San Diego for 50 years. Both Dolan and McElroy were also presented with humanitarian awards. 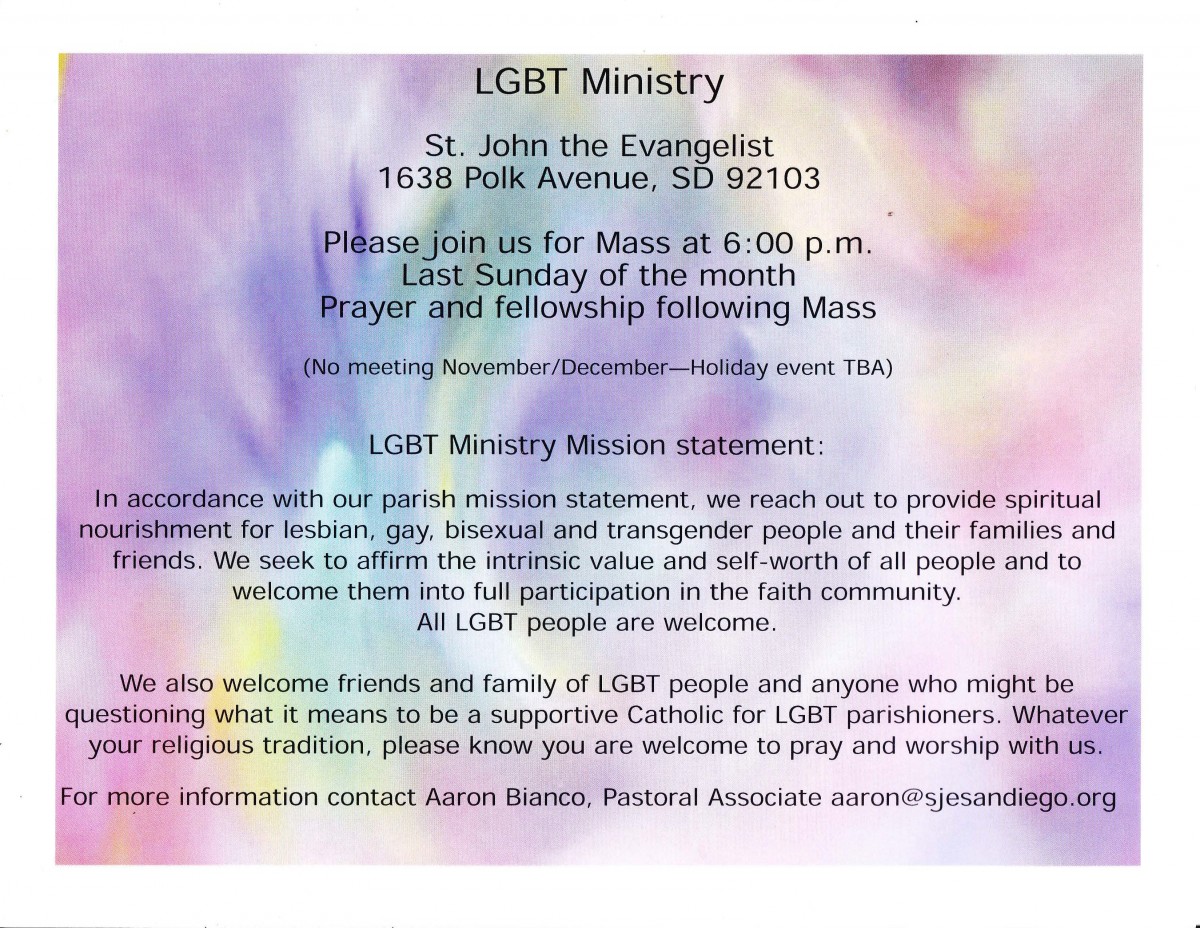 In his homily, Dolan spoke about the necessity of civility on both sides of the conversation, regarding so-called LGBT Catholics. He quoted the Catechism of the Catholic Church (CCC), noting that a lie can be a mortal sin "when it does grave injury to the virtues of justice and charity."

He went on to condemn "the unshaking ideologies of people from those without and within the LGBT community [that] are daily blogged, tweeted and Facebooked in ad hominem, yellow-journalistic, fake-news style where now the Mysteries of Christ and the Good News are lost and good people are directly or indirectly hurt."

He did not comment on the CCC's condemnation of same-sex genital acts as "intrinsically disordered," and there was no support for ministries like Courage, which supports people with same-sex attraction.

Smith tells Church Militant, "Bishop Dolan's homily was that it was a total capitulation to the homosexual activist agenda." She noted there were "no calls for homosexuals to repent and convert included in his homily," adding that he took "a veiled swipe at Catholic news sites, like ChurchMilitant that resist modernism."

In 1997, Bp. Fabian Bruskewitz, then bishop of Lincoln, Nebraska, slammed the document when it was released, calling it "very flawed and defective" and asserting it was "founded on bad advice, mistaken theology, erroneous science and skewed sociology."

He added, "The illusion is given, perhaps deliberately and carried forth by the media, to the effect that this is something the U.S. bishops have published," noting that it was "composed without any input from the majority of the American Catholic bishops, who were given no opportunity whatever to comment on its pastoral usefulness or on its contents."

Dolan commented Saturday that the document "was not warmly received" but countered, "the bishops then made it clear that the letter was not breaking any new ground on sexual morality, chastity and mature sexual development according to Sacred Scripture and Tradition."

The Vatican, however, disagreed and less than a year after "Always our Children" was released, demanded strong revisions because of several troublesome passages.

The illusion is given, perhaps deliberately and carried forth by the media, to the effect that this is something the U.S. bishops have published

Bruskewitz noted that the document "is pastorally helpful in no perceptible way" and asked, "Does this committee intend to issue documents to parents of drug addicts, promiscuous teenagers, adult children involved in canonically invalid marriages and the like?"

He contended, "These are far more numerous than parents of homosexuals. The occasion and the motivation for this document's birth remain hidden in the murky arrangements which brought it forth."

He went on to say, "Many times, our discussions in the life of the Church suggest that chastity has a singularly powerful role in determining our moral character or our relationship with God. It does not." He went further to charge, "Those who emphasize the incompatibility of gay men or lesbian women living meaningfully within the church are ignoring the multidimensional nature of the Christian life of virtue or the sinfulness of us all or both." 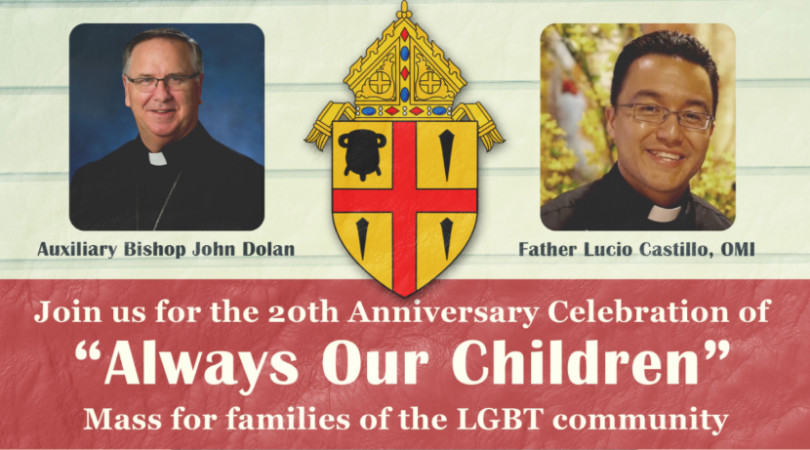