Kyle Jurek: 'gulags were a lot better than what the CIA has told us'

Kyle Jurek, Iowa field organizer for the Sanders campaign, has called himself an "anarcho-Communist" and "as far to the Left as you can possibly get," according to new undercover video from watchdog group Project Veritas.

Jurek told an undercover journalist that many others in the Bernie campaign share his radical views.

In another clip, Jurek alluded to re-education policies in Germany "after the fall of the Nazi Party," and suggested there should be a similar policy after Donald Trump's presidency. He claimed Sanders' talking point of "free education" is really about re-education, "because we're going to have to teach you not to be a f***ing Nazi."

On the subject of re-education, Jurek defended the Russian gulags: "There's a reason Joseph Stalin, right, had gulags, right?" he asked. "And, actually, gulags were a lot better than, like, what the CIA has told us that they were. Like, people were actually paid a living wage in gulags. They had conjugal visits in gulags. Gulags were actually meant for, like, re-education."

He went on to say, "Greatest way to break a f***ing billionaire of their, like, privilege, and their idea that they're superior: 'Go out and break rocks for 12 hours a day. You're now a working-class person, and you're gonna f***ing learn what that means.' Right?"

The Reality of Gulags

The gulags were a system of labor camps in the Soviet Union in which millions of prisoners — from murderers to political dissidents to petty thieves — were forced into years of tough work in brutal conditions.

"Gulag" can refer to the whole system, or an individual labor camp. It comes from a Russian abbreviation for "Chief Administration for Corrective Labor Camps."

In the course of their existence, the gulags incarcerated approximately 18 million people. An estimated 1.5 million prisoners died in the gulags — with causes of death including starvation, violence among prisoners and being shot by camp guards.

To further downplay the human rights violations of the gulags, Jurek argued there are greater atrocities in American prisons today:

Like, our prisons in the United States right now are far worse — far worse! — than anything that they experienced in the f***ing gulag. Like, people get raped, people f***ing work 12 hours a day, people have to go fight fires in California for a dollar. You know what I mean? That's f***ed up. That's super f***ed up. Soviet Union didn't do that s***.

As a point of fact, prisoners in the gulag did experience rape and sexual harassment, either by other prisoners or by the guards.

Many workers in the gulag died of starvation — typically after being denied their food rations for failing to meet work quotas.

The crimes that put people in the gulags varied greatly, from violent crimes like rape and murder to minor crimes, like stealing barley from a field to feed starving children. In other cases the offenses were political crimes, like cracking a joke about a government official.

Political prisoners were especially common in the gulags, including loyal Communists falsely accused of dissent.

The Project Veritas video exposé also shows Jurek talking of violence if Sanders does not get the Democratic Party's presidential nomination.

"If Bernie doesn't get the nomination or it goes to a second round at the DNC Convention," Jurek remarked, "f**king Milwaukee will burn. It'll start in Milwaukee and then when they f***ing, when the police push back, other cities will just f***ing [explode]."

Jurek made a similar prediction for what would happen if President Trump got re-elected, saying, "F***ing cities burn." 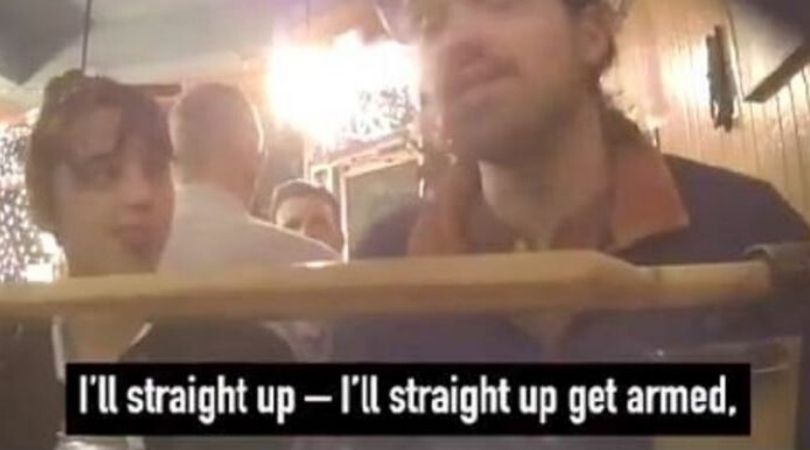