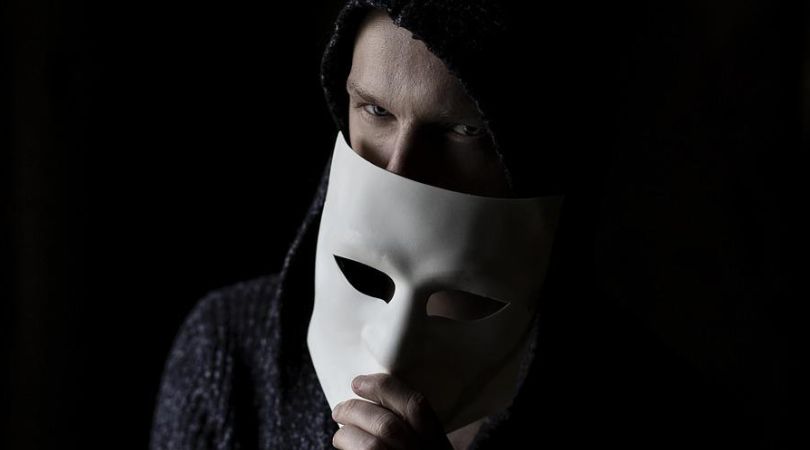 In this fallen world, there are numerous characters we run into who like to posture as a friend, yet at the end of the day, are far from being a bosom buddy. These deviants, often called frenemies, get their jollies by seeing other people self-destruct. Most people can name one or two such friendships like this that they've had to their detriment. In the aftermath of being burned by such instigators, people often learn to guard themselves in future relationships.

Classic literature, even as far back as the Greek tragedies, plays upon this favorite role of Satan, who, as a cursed being, likes to see others join him in his fate. In modern times, this character, the instigator, is depicted in William Shakespeare's Othello. Othello, upon provocation by Lago, a close confidant, ends up killing his wife, Desdemona.

As aptly summed up in CliffsNotes: "Lago finds it easy to drive Othello to jealousy and think that Desdemona loves another man because he already feels that her love for him is too good to be true."

As off as all this is, we have to admit that all of us have encountered individuals like Shakespeare's Lago, who, like vampires, thrive on other people's blood of self-destruction.

Agatha Christie, one of England's most celebrated and loved novelists, mimicked this sort of instigator character in many of her novels. In one of her last works, Curtain, published in 1975, the malignant character is simply an instigator, but his subtle suggestions have deadly results. In this novel, the serial killer Norton had not killed a single soul yet had instigated numerous close confidants to do just this — to kill a mom, to kill a spouse — and it was all just so easy.

All Norton had to do was plant subtle lies in his victim's head to ensure the fatal outcome he desired. And in the murder's aftermath, Norton would get a bonus fix for his bloodlust by watching the friend, whom he instigated to commit the murder, be hanged. This may be a fictional character, but it's an all too real one — akin to the prince of charlatans himself, Satan.

Satan wreaks havoc among fallen human beings because he is the consummate subtle liar.

Satan wreaks havoc among fallen human beings because he is the consummate subtle liar. He never tells bald-faced lies because these would be readily recognized for what they are. Recall how Satan in the Garden of Eden cajoled Adam and Eve to eat of the tree of which they were forbidden. Satan, ever so subtly twisted the truth to achieve his desired outcome, getting Adam and Eve to sin and seeing them banished from Eden, both to his perverted joy!

Dripping with disdain, Satan said; "You certainly will not die! God knows well that when you eat of it your eyes will be opened and you will be like gods, who know good and evil."

Satan did not lie completely. Adam and Eve, created by God with immortal souls, would not suffer eternal death because their spiritual souls would never go out of existence. Adam and Eve's souls still exist today somewhere, perhaps in Heaven, maybe in Hell or even some in-between place.

Satan playfully gets his way with many people because his lies are always delivered with a smile and conviction, all under the ruse of friendship. Satan, a fallen angel, would like to see all men cursed like himself. This would be heavenly for the Prince of Darkness.

Talking about smiling liars, a favorite song lyric from my childhood in the '70s comes to mind.

When I was a boy, about 15 of us teens worked at a newspaper assembly factory. Back then, Chicago had four major newspapers, and a large group of young boys would work after school and on Saturdays at a Northwest-side distribution plant to put neighborhood-specific ads into these papers. I was about 12 when my brothers and I worked as stuffers at the plant.

Stuffing papers all day was not hard or dangerous work, but it was boring and extremely dirty. At the end of a shift, we would be black as soot from all the newsprint we handled for hours on end. From this job, we proudly pocketed a whopping $1.25 per hour. That was 1974. Today, a wage like this seems ludicrous, but then gas was only 35 cents a gallon.

My older brother David and I only lasted one season as stuffers. He finagled for both of us a job cleaning at a men's clothing store. David was able to work out this sweet assignment that pocketed for us more than $2 an hour because I was as tall as him, even though I was four years his junior and underage.

David and I quickly caught on that one of our fellow employees at the men's shop was a flagrant liar — the sort who, if he met the truth, would not recognize it. David and I worked out a system to alert each other when we were witnesses to his latest whopper, whether to a store customer or even the store owner. To give one another the heads up on what was playing out, we would just revisit the chorus from "Smiling Faces Sometimes."

Even in the Church these days, we have smiling liars as clerics.

What a blessing to have an older brother like David to help me in my youth maneuver the liars I encountered. If only today's youth had a few guardians to aid them in steering clear of the liars, scamps and cheats who are so prevalent in our world.

Lamentably, there are very few guardians at all for today's young people to uphold the truths of the Faith and the principles on which our nation was founded. Additionally, today's radical leftist media promotes the falsehood that anything goes, drowning out the few stalwart voices upholding the eternal truths that undergird our civilization.

Smiling Liars in the Church

Even in the Church these days, we have smiling liars as clerics, and they are adored and promoted by the rabid Left. Instead of preaching the truth and being good guardians of faith for the youth, too many priests have gone over to the dark side. These clerics feel no compunction whatsoever for lying and are more akin to Satan than saints.

It seems so odd to me at this stage in my life — I am in my 60s now — that we have these celebrity priests whose sole claim to fame is not their personal holiness or piety but just the opposite. Their celebrity is fostered because they are radically off, saying and promoting things that are not in keeping with the eternal truths of the Faith and our Sacred Tradition.

I'm talking about clerics like Frs. James Martin and Bryan Massingale, whose every tweet goes viral and is heralded by the Left as God's very word. Both are deceitful priests, whose smiles deceive many into following them to perdition.

As our hierarchy is so compromised these days, don't expect any condemnation coming from on high denouncing such men for their active promotion of sodomy.

San Diego's Bp. Robert McElroy, a big promoter of Fr. Martin and the LGBTQ agenda, was recently made a cardinal — San Diego's first — by Pope Francis. Hopefully, God will intervene between now and the scheduled August consistory. Bishop McElroy is not cardinal material. Any man who imagines climate change kills more than abortion, as he does, is not suitable to be a cardinal.

As a priest, I harshly condemn both Frs. Martin and Massingale for their promotion of sodomy and urge them to repent of this grievous sin. Like Shakespeare's character Lago in Othello, these men may get away with instigating others to sin in this life, but they won't get off for their evil actions in the next. As priests, both of these men's sole job is to uphold the eternal truths of the Faith.

If these priests remain obstinate until death in their promotion of sodomy, their judgment in the next life will be severe. When thinking about what will transpire in the next life for these men, Our Lord's reflection upon Judas comes to mind: "It would be better for this man if he had never been born."

Catholics should aim to safeguard their friends' holiness and eternal life.

Don't think that only the Catholic Church is being overrun by these smiling charlatans that pose as God's ministers and yet are ministers of Satan; they're all under attack. The Methodist church in the United States is self-destructing because of the ordination of drag queen Isaac Simmons last year. Simmons now proudly takes his drag act to the pulpit. The alt persona of Simmons when dolled up is the blasphemous Ms. Penny Cost. Nothing, apparently, is sacred to Simmons, who mocks the Almighty Himself! And just like the Catholic Church, impotent Methodist church authorities, instead of censoring this charlatan for who he is, permit this evil to play out unabated.

Calling Out Liars for Their Own Good

Good friends don't always smile. Many times they get right in your face and say, "You're full of crap if you think you can divorce your wife after 20 years of marriage." This was a direct quote from my dad over the phone to a longtime work associate who was talking about marrying a younger model. My dad was not smiling, and after offering this unsolicited advice, he ended up dissociating himself from this coworker as the man pursued putting aside his wife and five kids.

A holy person always has what's best for his friends on his mind and doesn't simply say the things friends want to hear to validate them in their behavior. A good friend should have their friends' best outcomes in mind before giving advice. For us as Catholics, if in a conversation a buddy starts entertaining committing sin, it's our moral duty to reprimand him for even pondering it.

Unlike satanic characters, who thrive on witnessing the self-destruction of their associates, Catholics should aim to safeguard their friends' holiness and eternal life. As Catholics in our relationships with people, we should always be instigators of goodness and holiness. In books these days, you don't see many saintly characters motivating others to saintliness and piety. Books about saints are not popularized by the Left, so that leaves it up to us to put the word out.

It's up to us to motivate and encourage friends and family to be holy as God is holy. You must work for their eternal redemption and, in this process, find your own redemption as well. 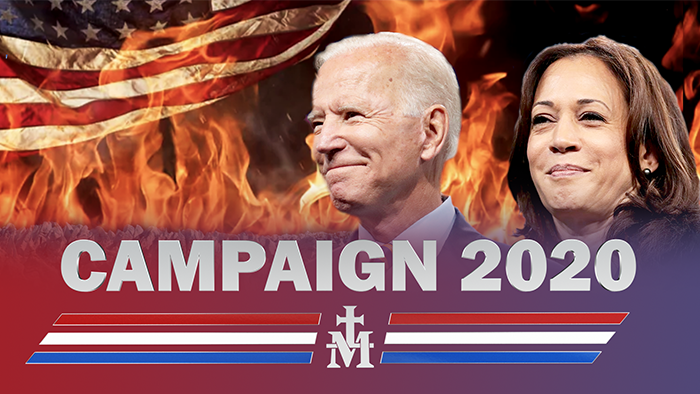 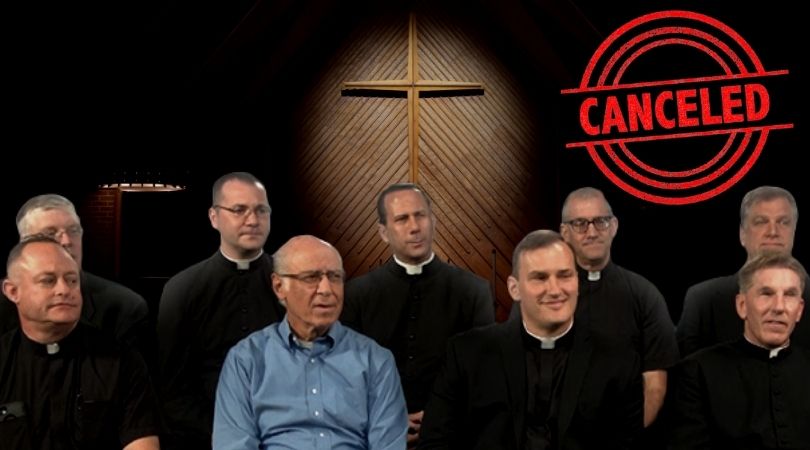 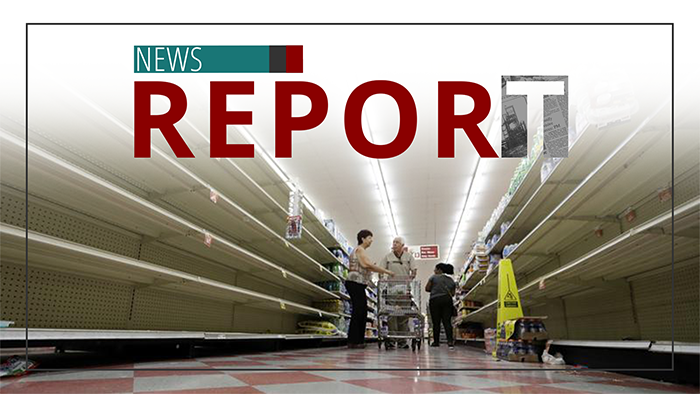