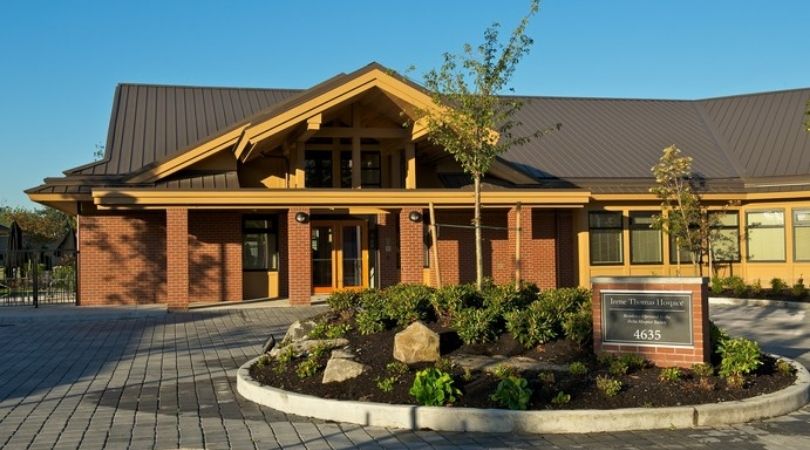 DELTA, British Columbia (ChurchMilitant.com) - A Canadian court is paving the way for pro-euthanasia activists to take over a pro-life palliative care facility in British Columbia.

On Nov. 13, the British Columbia Court of Appeal ruled against the Delta Hospice Society (DHS), a privately owned treatment center that is staunchly opposed to euthanasia and located in Delta, British Columbia.

Angelina Ireland, president of DHS, told Church Militant the ruling sets a precedent, not just for palliative care in British Columbia or Canada, but around the world:

Euthanasia is the new frontier in killing. It is no longer satisfying enough, for those of a particular political persuasion, to just kill the unborn; they now set their eyes upon the elderly and infirm. To destroy a little 10-bed hospice that has become an international beacon of resistance against the "death squad" would be a major victory for them and embolden them to attack all palliative care facilities worldwide — we cannot allow that to happen.

In a press release, DHS said the ruling denied the society's ability to protect itself from a hostile takeover by euthanasia activists who are making use of "a mass membership drive."

This membership drive involves thousands of euthanasia activists who are currently waiting to get their DHS membership approved. Once accepted, each pro-death member then has the ability to vote on whether euthanasia is used in the hospice.

The pro-life treatment facility is continuing to fight by appealing to the Canadian Supreme Court.

The euthanasia activists tried to force DHS to accept their membership requests, which resulted in the recent court ruling. Although the ruling was bad news for DHS, the pro-life treatment facility is continuing to fight by appealing to the Canadian Supreme Court. Current membership requests are frozen, however, while the battle plays out in Canada's high court.

Because the euthanasia activists are currently signing up, DHS needs pro-lifers to also sign up to counter the hostile takeover. If the Supreme Court sides with the activists, DHS will be forced to accept all memberships as everyone will be "allowed" into the society at the same time.

The DHS press release further warns, "This ruling now puts our membership and our constitution at risk of being overrun by ideologues seeking to impose medical assistance in dying (MAiD) into our hospice."

The organization, for decades, has solely offered palliative care (which is diametrically opposed to euthanasia).

According to its own website, DHS exists so that people impacted by a life-threatening illness or by proximity to death experience relief of suffering.

Palliative care seeks to comfort the sick and the dying rather than kill them. It's for this reason that in 2006, Pope Benedict XVI equated palliative care with the preservation of human dignity, saying, "It is necessary to stress once again the need for more palliative care centers which provide integral care, offering the sick the human assistance and spiritual accompaniment they need."

This pro-life version of end-of-life care protects the dignity of the human person and, therefore, does not include euthanasia, i.e., MAiD.

Ireland took note of DHS' pro-life focus: "The DHS follows palliative care, which is a 50-year international medical-specialty discipline. It does not ever use euthanasia within its treatment. It is a gift to humanity and a sanctuary for the dying."

The privately-owned, pro-life organization is not a government entity but has been battling the seemingly socialist B.C. government for nearly a year. The primary battle has been over whether euthanasia activists should be allowed into a private, pro-life palliative care society.

The only way for DHS to win the war is for pro-lifers to outnumber the murderous euthanasia mob.

DHS sees that the only way to stop the seemingly inevitable takeover is by outnumbering the euthanasia activists. To this end, the hospice says it needs a two-thirds pro-life majority in the society in order to draft a membership code that places a restriction on potential members who favor so-called mercy-killing.

The reason this was not done 25 years ago when DHS was founded was that killing the elderly back then was not a normal practice. Everyone rejected the barbaric practice, and thus no restriction on pro-death members was needed.

The Catholic Church has always condemned the murder of those who suffer.

The Church teaches in § 2324 of the Catechism of the Catholic Church, "Intentional euthanasia, whatever its forms or motives, is murder. It is gravely contrary to the dignity of the human person and to the respect due to the living God, his Creator."

The Supreme Court in Canada shares virtually the same views as the B.C. appellate court, so the appeal simply buys DHS some time. In this situation, the only way for DHS to win the war is for pro-lifers to outnumber the murderous euthanasia mob.

Ireland is calling on pro-lifers to take action.

"The sanctity and defense of life have no borders," said Ireland. "We must all come together as God's children to help protect those most vulnerable among us."

To help save DHS, apply to become a member.