Save the Persecuted Christians Campaign Launches

WASHINGTON (ChurchMilitant.com) - A campaign to raise awareness of Christian persecution worldwide was launched at the start of the penitential season of Lent.

The Save the Persecuted Christians Campaign (STPC) began on Ash Wednesday, focused on shedding light on the suffering of Christians with the aim of helping bring it to an end.

"We are concentrating on building the Coalition and getting banners deployed across the country during Lent and will be working as aggressively as possible," STPC members told Church Militant, "building momentum in the months ahead to encourage policy changes, abroad and here, that will discourage the further persecution of Christians."

The Campaign began with help from Frank Gaffney, president of the Washington-based think tank Center for Security Policy.

"Beyond calling attention to the oppression of Christians worldwide, the immediate task would be to disseminate actionable information about ways in which the American people can help those being persecuted," commented Gaffney.

The immediate goal of the campaign is to relieve the plight of Christians under persecution in the Middle East, Africa, Asia and other areas. Gaffney noted, "The further objective would be to translate such awareness quickly into a national movement for the purpose of identifying and holding accountable those responsible for the persecution of followers of Christ."

STPC members told Church Militant about the development of the campaign's goals, which "evolved from conversations among the Coalition members." Their collective action goals are outlined on their website, which include the aims to

raise the awareness of the American people and their elected representatives about the plight of persecuted Christians worldwide; create an irresistible transpartisan political force to support them; and hold accountable those engaged in such persecution and create powerful disincentives to it.

Explaining the work of STPC, Gaffney said its mission "is to protect those around the world being subjected to torture, rape, slavery, banishment, and murder simply because they believe in Jesus Christ."

STPC is modeled after the effort of the Cleveland Committee on Soviet Anti-Semitism (CCSA) in 1963 to free the three million Jews living in the Soviet Union after World War II. The coalition is placing signs outside houses of worship to raise awareness to the plight of Christians worldwide, especially in the Middle East, Africa and South and East Asia.

"We experienced this not for the last four years, but 1,400 years," he said. "In the Middle East, we have moved from fear to terror to horror. Where next? ... Hundreds of thousands of innocent people have died."

As many as 34 out of 50 countries on the 2018 World Watch List report "Islamic oppression" as the first reason for Christian persecution. Today, 200,000 Christians remain in Iraq — reduced from about 1.5 million in 2003 at the start the U.S. Iraq War. 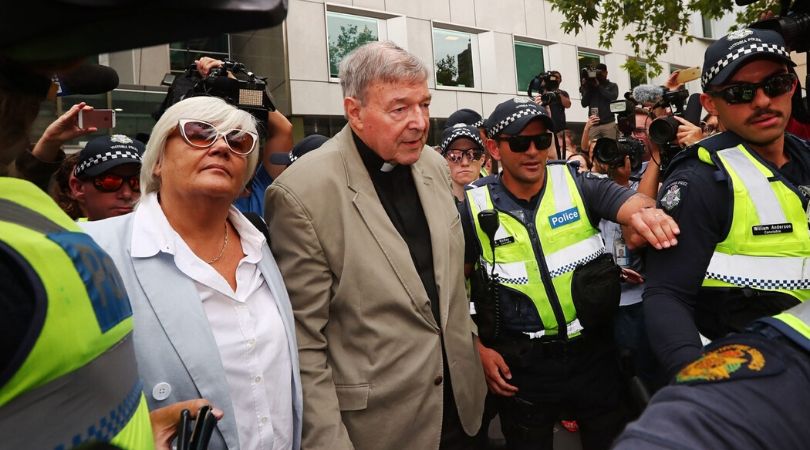