3,000 victims may be a modest estimate

PARIS (ChurchMilitant.com) - A French commission is estimating that at least 3,000 minors have been sexually abused by the nation's Catholic clergy since 1950.

The bishops of France launched the commission in November 2018 to investigate cases of clergy sex abuse and selected Jean-Marc Sauvé, one of France's most respected government leaders, to serve as its president.

Sauvé is known for his ability to inspire confidence from parties opposed to one another. From 1995–2006, Sauvé was the French justice minister and speaker of the government, a post that required him to serve leaders across the political spectrum. In 2006, he became vice-president of the Council of State (France), the Administrative Supreme Court of France, making him the ninth most important civil servant in the country. Le Monde reports that he "combines a perfect knowledge of the workings of the state machine and a reputation for impartiality."

Early in his career, Sauvé was a Jesuit novitiate in Lyon before opting for France's prestigious École Nationale d'Administration, which selects and educates the next generation of senior French officials.

The commission is composed of legal experts, doctors, historians, sociologists and theologians. Representatives of survivors' groups are expressing confidence in the Church's most recent pledge of transparency.

A French commission is estimating that at least 3,000 minors have been sexually abused by the nation's Catholic clergy since 1950.

In one of its first acts, the commission set up a hotline so victims could come forward with their stories. The hotline recorded 5,300 calls over the past year. The commission is now faced with merging Church records of abuse with cases from the hotline. Sauvé is saying that not only is his estimate of 3,000 victims of abuse preliminary, it is also conservative. An international news source reports Sauvé saying, "I am deeply convinced that there are many more victims."

The commission's work grew out of the scandalous cover-up of abuses perpetrated by Fr. Bernard Preynat, a priest under the supervision of Lyon's former archbishop, Cdl. Philippe Barbarin. As early as 1978, Preynat was abusing boys on scout outings. Barbarin, and archbishops before him, failed to report the abuses to the police. Failure to report such crimes is itself a crime in France. Simultaneously, scandalous reports of clergy sex abuse were breaking in the United States and around the world.

Three former scouts learned as adults that the Catholic Church knew of the abuse but kept reassigning Preynat. They banded together seeking justice. Their quest was depicted in a 2019, critically-acclaimed French film, Grâce à Dieu [By the Grace of God]. The film was released in February 2019, just weeks after the French bishops appointed the clergy abuse commission and just weeks before Barbarin was found guilty of failing to report allegations of clerical sex abuse and given a suspended sentence of six months in prison. Earlier this year, Barbarin was acquitted of the crime.

While being scout chaplain between 1970–1990, he had abused up to two boys 'almost every weekend' for 20 years.

At his trial earlier this year, Preynat readily admitted his crimes. According to Church Militant's reporting, he "testified that while being scout chaplain between 1970–1990, he had abused up to two boys 'almost every weekend' for 20 years. Preynat further admitted that during that same period he had abused as many as four or five boys a week while leading one-week scout camps."

He remained in active ministry until 2015 and wasn't defrocked until July 2019, following 40 years of complaints by concerned parents of the predator priest's alleged victims.

At his trial, Preynat said his superiors were responsible because they were well aware of his crimes against children. "They should have helped me. ... They let me become a priest."

Given the swirl of scandals French Catholics have faced, they are hoping their faith in Sauvé is well-placed. He tries to be reassuring, "I would not have engaged in this function if I did not have the assurance that the commission will be able to properly accomplish its mission."

The commission was given two years to complete its work. A final report is expected in 2021. 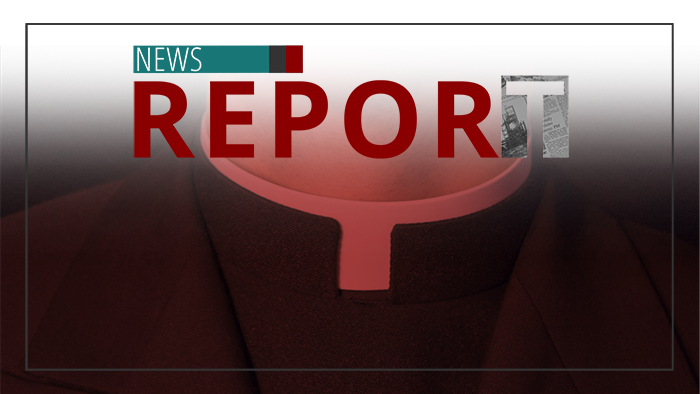