GLASGOW, Scotland (ChurchMilitant.com) - Scottish atheists are applauding a potential hate law that many fear would further persecute Christians and criminalize the Bible.

"Atheists see some merit in Justice Secretary Humza Yousaf's hate crime bill," Stewart wrote in a letter published Aug. 25 in the Scottish newspaper The Courier, "as it will enable the prosecution of all Scotland's religions and their holy books for spreading hatred."

The atheist leader further threatened that his group fully intends "to monitor all holy books, sermons in places of worship and the social media accounts of the various religions and report any hatred to Police Scotland for criminal investigation."

The atheist took particular aim at "holy Willies," a derogatory term applied to Christians in that country.

The Hate Crime and Public Order Bill, proposed by Justice Secretary Yousaf, criminalizes speech that is "likely" to "stir up hatred" against groups perceived to be marginalized. It would transform the current policy of reporting hate "incidents" to the police, who enter them into a database, into a law which requires investigation, potential prosecution and penalties of up to 7 years in jail, unlimited fines or both.

The law would not require police or prosecutors to show malicious intent behind the statements.

The bill has received pushback from church groups and free speech advocates.

The Bishops' Conference of Scotland put forth that "how hatred is defined is not clear, which leaves it open to wide interpretation." Warning of the dangers of the imprecise language of the law, they said:

Whilst acknowledging that stirring up of hatred is morally wrong and supporting moves to discourage and condemn such behavior, the bishops have expressed concerns about the lack of clarity around definitions and a potentially low threshold for committing an offense, which they fear could lead to a "deluge of vexatious claims."

The bishops further warned the bill could lead to the criminalization and censorship of Catholic teaching itself, particularly the Church's "understanding of the human person, including the belief that sex and gender are not fluid and changeable."

The law could even "render material such as the Bible and the Catechism of the Catholic Church inflammatory," they said.

The Christian Institute, which bills itself as "a Christian influence in a secular world," takes issue with, like the bishops, the imprecise language of the hate crime bill, calling it "a dangerous game." The Institutes' public affairs deputy director, Simon Calvert, said it "will give politically motivated complainants like Mr. Stewart a powerful weapon against their ideological opponents."

The law could even 'render material such as the Bible and the Catechism of the Catholic Church inflammatory.'

Calvert observed "The threshold of the proposed offenses is so low that Mr. Stewart might well be able to persuade a police officer that certain unfashionable Bible verses or sermons are 'hate crimes.'"

A former moderator of the Free Church of Scotland, Rev. David Robertson, said that Stewart is "in effect, saying that we should all be closed down unless we accept his authoritarian morality," adding the atheist leader "regards any disagreements with any of his fundamental beliefs as self-evident 'hate.'"

Scotland's religious leaders are not the only ones criticizing the bill. The Scottish Police Federation has asserted such legislation could "paralyze freedom of speech" and "devastate" the relationship between the public and the police.

Social media users also reacted to the bill, pointing to the hypocrisy inherent in Stewart's letter. "Isn't the expression 'holy willies' an example of hate crime?" a Twitter user posted.

Yousaf has declared support for Black Lives Matter and recently delivered a speech lamenting the number of white people in top jobs in Scotland, where, according to the 2011 census, 96% of the population identified as white. 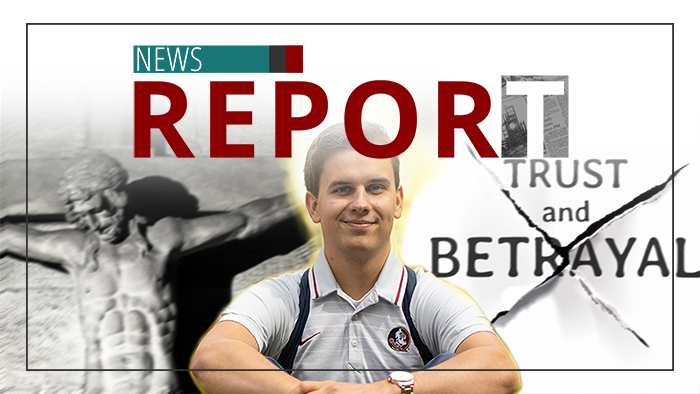