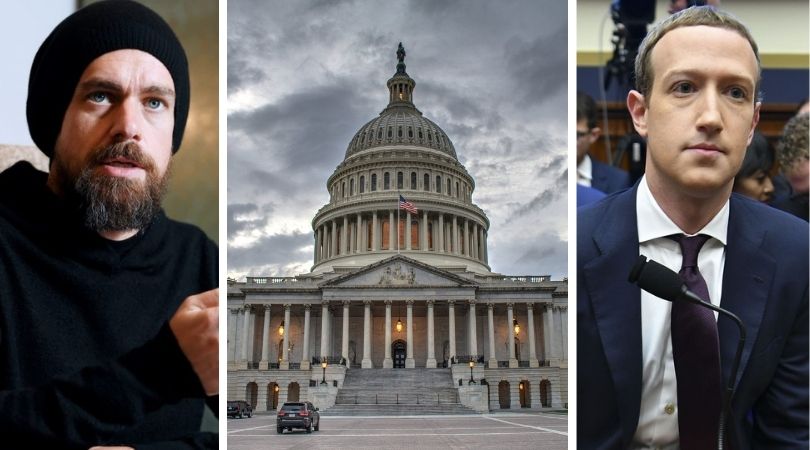 Will face tough questioning over censorship of Hunter Biden bombshell

While Facebook limited distribution of the story as it conducted "fact checking" of the piece, Twitter blocked the report altogether, banning it from its platform and locking any account that tried to share it.

Among high-profile accounts locked by Twitter were that of White House Press Secretary Kayleigh McEnany, the GOP Judiciary Committee, the Trump Campaign and The New York Post itself, among others. They were required to delete The Post's report before restoring access to their account.

The Post is refusing to delete the report in order to restore its account and is standing by its story.

Tell me this doesn’t enrage you:

Ayatollah Khamenei — the anti-American and anti-Semitic leader of the Islamic Republic of Iran — gets to tweet freely.

The NYPost — America’s oldest continuously published newspaper, founded by Alexander Hamilton — is shut out of the platform.

"Tell me this doesn't enrage you," tweeted Sohrab Ahmari, op-ed editor for The New York Post. "Ayatollah Khamenei — the anti-American and anti-Semitic leader of the Islamic Republic of Iran — gets to tweet freely. The NY Post — America's oldest continuously published newspaper, founded by Alexander Hamilton — is shut out of the platform."

"Twitter managed to do the opposite of what it intended," according to an MIT Technology Review, which reviewed sharing data of the controversial story. "The New York Post story, which was blocked on Twitter for about a day, was shared 352,200 times on the platform."

Ahmari revealed that Facebook uses a team of Chinese nationals to help censor stories on its platform:

There are at least half a dozen "Chinese nationals who are working on censorship," a former Facebook insider told me last week. "So at some point, they [Facebook bosses] thought, 'Hey, we're going to get them H-1B visas so they can do this work.'"

The insider shared an internal directory of the team that does much of this work. It's called Hate-Speech Engineering (George Orwell, call your office), and most of its members are based at Facebook’s offices in Seattle. Many have Ph.D.s, and their work is extremely complex, involving machine learning — teaching "computers how to learn and act without being explicitly programmed," as the techy website DeepAI.org puts it.

.@RudyGiuliani says Hunter Biden had numerous pictures of "underage girls" on the laptop reportedly belonging to him.

Giuliani says he has turned the evidence over to Delaware State Police. pic.twitter.com/hnQAcHpJGN

Relating the contents of text messages from Hunter to his father, Giuliani said that Hallie Biden, Hunter's former girlfriend, told Hunter's therapist that he "was sexually inappropriate" with an unnamed 14-year-old girl.

The text messages were "supported by numerous pictures of underage girls," said Giuliani.

A source close to the matter, though, who claims to have seen the images on Hunter’s laptop, told Revolver that about one-third of the images are of the same underage girl. Some of the images are topless, while in others she is shown in suggestive positions with Hunter himself.

Remarkably, while Giuliani has not alleged this, Revolver's source claimed that the illicit photos on Hunter’s laptop were of a member of the Biden family.

The motion to subpoena Dorsey and Zuckerberg passed 12–0.