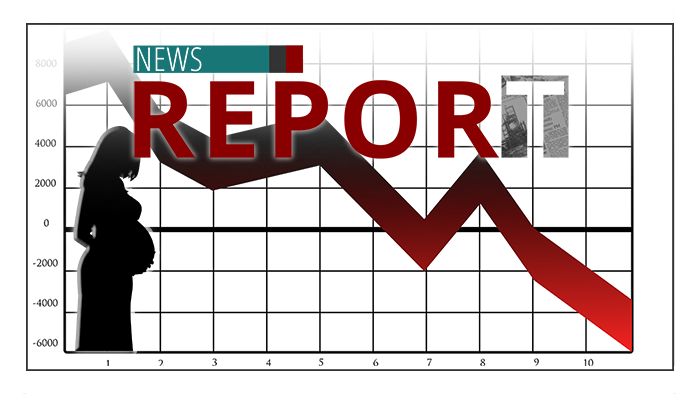 The U.S. fertility rate is tanking, and more women in their early 20s are foregoing children.

But, as Church Militant's Dr. William Mahoney tells us, women in their late 30s and early 40s are taking up the slack.

The U.S. birthrate has been in a tailspin, reaching an almost-50-year low. According to the U.S. Census Bureau, since 1990, the fertility rates of women ages 20–24 dropped nearly 43%.

The numbers reveal women between the ages of 35 and 44 are bearing more of America's children. Why the trend? It's part of a moral and ideological confusion that has overtaken the West.

Young people, another study found, are gravitating to raising pets instead of children. Consumer Affairs maintains 57% of millennials prefer to have a pet rather than a child. And 81% also prefer pets to certain family members.

Abortion and contraception are also big contributors to Americas's population decline. United States Treasury Secretary Janet Yellen claimed on May 10 that abortion is critical to the economy, saying: "Well, I believe that eliminating the right of women to make decisions about when and whether to have children would have very damaging effects on the economy."

But the Wall Street Journal disagreed, retorting: "Ms. Yellen overlooks the lost productive contribution of children who were never born. People are assets, the source of inventions and new businesses. Human capital is crucial to economic growth and a dynamic society."

While the Church's moral voice remains almost silent due to the corruption of the hierarchy, America will continue its downward spiral.

Fertility rates in the West, in general, have been cratering over the last few decades.