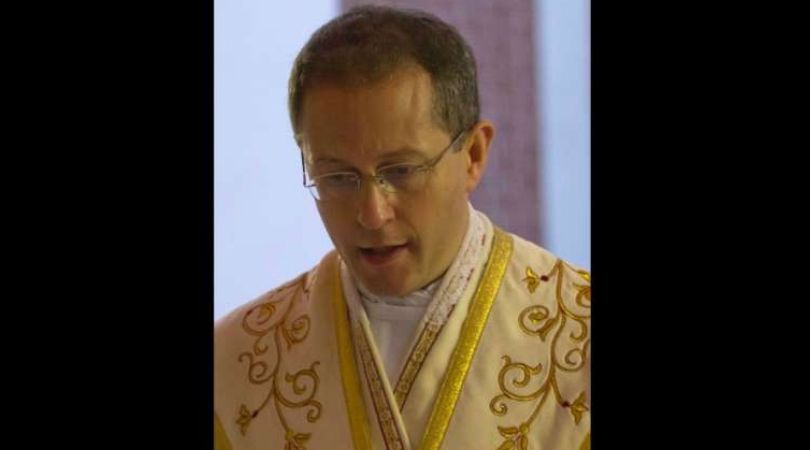 Attacker targeted any man 'in a cassock'

The recent stabbing of a Polish priest has generated international attention and foregrounds the growing global frustrations of Catholics regarding the abuse crisis in the Church.

The stabbing attack took place before the 7 a.m. Mass Monday in front of the Church of the Blessed Virgin Mary in Wrocław in the city center.

Father Ireneusz Bakalarczyk was approached by a man who started a conversation about sex abuse scandals, then attacked the priest with a knife in the chest and abdomen, according to a local news channel TVP Info.

Father Bakalarczyk was transported to the hospital, where surgery was reportedly carried out successfully.

Father Ireneusz Bakalarczyk was approached by a man who started a conversation about sex abuse scandals, then attacked the priest with a knife in the chest and abdomen.

It has been reported that he is recovering from surgery that treated internal injuries in his chest and abdomen that he suffered during the June 10 stabbing.

Father Rafał Kowalski, spokesperson for the archdiocese of Wrocław, told the Polish Press Agency that the alleged the attacker seemed to have been willing to attack any "man in a cassock."

Łukasz Dutkowiak, a spokesperson for the local police, also told the Polish Press Agency that the 57-year-old alleged attacker was held by witnesses until the police arrived. Poles have been shaken by a new independent documentary Tell No One by Tomasz and Marek Sekielski, which exposes cases of sexual abuse by priests in Poland and released just weeks before the stabbing of Fr. Bakalarczyk.

One of the abusers, now deceased, exposed in the film is Rev. Franciszek Cybula, priest to Lech Wałęsa, founder of the Solidarity movement in the 1980s and former president of Poland.

The Associated Press quoted Wałęsa: "I am so surprised that I do not know what to say. If I, as a Catholic, had known, would I allow such a thing? No way."

Also presented in the film is the story of Marek Mielewczyk who was first raped by a priest when he was 13. The perpetrator-priest ordered Mielewczyk "not to tell anybody what happened," hence the title of the documentary.

The film opens with Anna Misiewicz, a 39-year-old woman returning to a parish in Topola, a village near Krakow, to confront an elderly priest who molested her when she was about 7-years-old.

The documentary has elicited various reactions.

According to the Associated Press, Rev. Jacek Prusak, S.J., a well-known theologian, psychologist and psychotherapist, described the Church after viewing the film as "a home for a herd of wolves in clerical collars" which "would face judgment."

Archbishop Wojciech Polak of Gniezno apologized "for every wound inflicted by the people of the Church."

Archbishop Salvatore Pennacchio, the Vatican's ambassador to Poland, expressed sympathy for abuse survivors on behalf of both himself and Pope Francis.

Numerous sources throughout the world reported on Poland's tightening pedophilia laws just days after the film went viral. The Law and Justice Party rushed through parliament a law toughening punishment for pedophilia, raising jail terms for convicted pedophiles to a maximum 30 years.

Not wanting the crisis to go to waste (hear: Rahm Emanuel), it has also been reported that Communist factions are trying to spin the abuse crisis and the documentary in their favor for upcoming elections.

Conservative party chief Jarosław Kaczyński said his party backs the Church, "which does not mean that we support or tolerate pathology in the Church."

The stabbing of Fr. Bakalarczyk itself may be traceable to the Tell No One documentary — he, too, is one of the victims of the sexual abuse crisis with the sins of the priests boomeranging back onto him. The abuse crisis has reached a new stage of fallout: Fr. Ireneusz Bakalarczyk, allegedly unscathed by scandal, being a recent victim of that fallout.

Poland is perceived to be one of Europe's most devout countries, with 85% of the population identifying as Catholics and nearly a third attending Mass every Sunday. But the growing lack of trust of Catholics in priests and prelates has reached a tipping point not only in Poland but throughout the whole world. The decrease in tithes and donations also manifest how the drip, drip, drip of scandal, corruption and lies is causing a larger, more powerful current that pulls more into its sway.

Father Bakalarczyk represents one recent victim of the fallout.