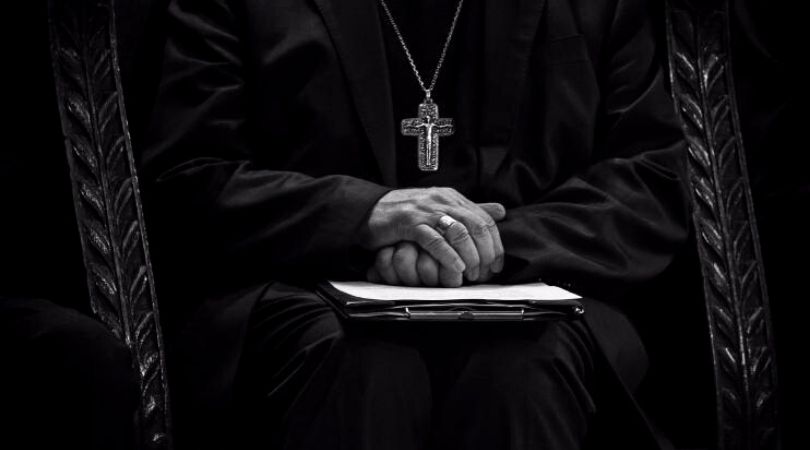 In Part 1 and Part 2 of this story, we learned that as minors, "Peter" and his siblings were abused by Detroit priest Fr. Jan (John) Tyminski and, as adults, "doubly abused" by archdiocesan officials by their tepid response to his suffering.

At the end of Tuesday's article, we saw that Peter was able to at least make an appointment with the head of the review board, Msgr. Michael Bugarin, who is on record as denying that homosexuality is key to clerical sex abuse and is accused of witness manipulation in the case of faithful priest Fr. Eduard Perrone.

"I didn't go through every detail of everything I'd experienced," Peter recounted. "I just wanted to get past Bugarin to meet with the archbishop."

Finally, on Aug. 1, 2019, Peter got an appointment to meet face-to-face with the archbishop of Detroit, Allen Vigneron.

"I decided to take a picture of my mother to the meeting," Peter explained. "I set it on the table facing Vigneron and Bugarin (who was also present) because she was the one victim they would never get to hear from."

In the meeting, Peter informed Vigneron, "I'm here to look for a path to healing for me, my family and others abused — those who are still out there who may never come forward. And most importantly, I'm here for the cleansing of our Church."

He told the archbishop that it was only through the grace of God that he'd been able to separate Christ's Church from the people entrusted to lead Her. Regarding the ordeal he had been put through by the archdiocese, he told the bishop "There is [nothing] much worse than the feeling you're being ignored."

Peter told him his family story about being sexually abused as children by Fr. Tyminski, their parish priest at the time. He included his sister's resultant failed relationships and its effects on his older brother "Frank," who left the Church and suffered two divorces.

Along with the terrible experience he had personally, Peter also shared with the archbishop his frustration about the archdiocese of Detroit (AOD) ignoring one of the root causes of the clergy sexual abuse scandal — the homosexual subculture, which still exists among a number of priests and bishops.

Throughout the meeting, Vigneron listened intently while Bugarin took notes. Peter concluded with a plea for transparency and accountability.

"I want to make it clear, this story is going public," said Peter. "The only question is will it come from the AOD or me?"

"I think it would be better if it came from the AOD," he noted. "This is what I'm looking for. And as one of the faithful, I deserve nothing less — on behalf of me, my family, every other victim, as well as every faithful Catholic and the mission of the Church."

I want a leader — a true shepherd — to have the courage to stand in front of a microphone and say, "As archbishop of Detroit, I take full responsibility for the crisis that is taking place in our Church today. I take that responsibility partially on behalf of my predecessors who did not respond in a Christian fashion to sex abuse cases and on behalf of myself who also has not, in every respect, done what should be done. I will be as specific as possible."

Your Excellency, God wants His world back. He wants His Church back as well. It's up to us — the faithful — to "present Her to Him in splendor, without spot or wrinkle or any such thing, that She might be holy and without blemish." And as we heard at the end of yesterday's Gospel, "Much will be required of the person entrusted with much, and still more will be demanded of the person entrusted with more."

When Peter finished, Vigneron said to him, "I am so sorry for all of the pain and suffering you and your family have gone through. I'm going to pray about how to respond."

The archbishop then bowed his head for roughly a minute, Peter recalled, then said: "I'm not going to do everything you ask. I'm not even sure what we are going to do. But our approach is going to be a more deliberate one. We will follow the example of St. Philip Neri."

Vigneron added that if Peter did go public, the archdiocese would not take any action against him.

Peter told Church Militant that all he wanted was a public apology, to admit they failed his family and apologize for it. It didn't happen.

In spite of his abuse at the hands of Tyminski and the disregard of archdiocesan leaders, Peter remains a practicing Catholic. "That's one thing I'm truly blessed at is that my faith has remained strong ... . Unfortunately, there's a lot of people that don't [have that level of faith]. I don't know why God gave me all the grace He gave me ... . I'm certainly thankful that He did."

Peter said he has come to believe that a large percentage of priests in the archdiocese of Detroit have been living double lives and that many of these men are same-sex attracted. He said he is frustrated that though the Church is clear that men with predominant same-sex attraction cannot be ordained to the priesthood, this crucial directive has been ignored by many bishops — in Detroit and in dioceses across the world — over the years.

I'm not going to do everything you ask. I'm not even sure what we are going to do.

When asked why he thinks this violation of Church law, and, in turn, the violation of children and young men continues to occur, Peter responded, "I think it's the same reason why our churches aren't open: Somebody has something on people in the archdiocese and they're afraid of it getting out."

He paints a picture of a hierarchy subtly paralyzed by mutual blackmail. "It's deeper than anyone wants to believe, and it's scary," he said. "At some point, something's got to give, and it's going to be colossal when it does. It could get ugly, but I think it needs to," he told Church Militant. "It needs to be purged."

"That was my whole reason for coming forward to the bishop in the first place ... purifying the Church," he emphasized.

In closing, Peter expressed gratitude rather than sorrow, telling Church Militant: "I've been fortunate in that I've known more good, solid priests than I have the other kind. That's been a true blessing to me and my family."

With the assistance and advisement of moral theologian Janet Smith, Ph.D., Peter has launched Victim Voices, a new website for survivors of clergy abuse. The site will serve as a public forum for survivors to share their stories. Peter invites anyone who has a story or experience to log on and submit a message via the site's "Share Your Story" e-mail page.