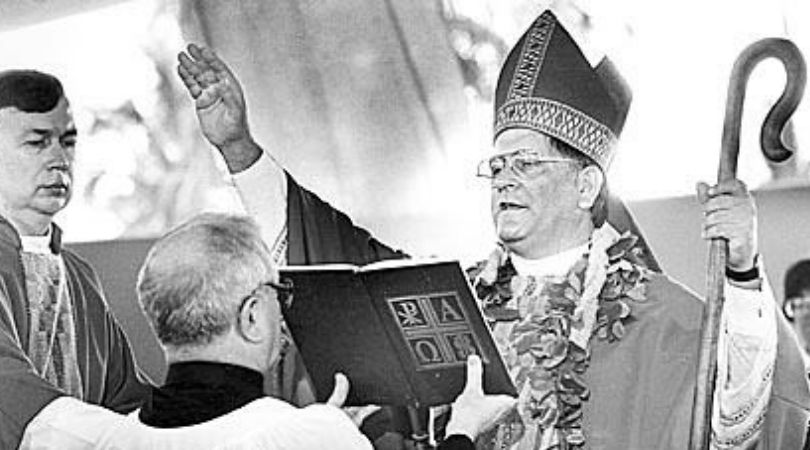 Honolulu (ChurchMilitant.com) - New homosexual clerical abuse claims are being leveled against the diocese of Honolulu, with accusations the Church knew about it and did nothing.

The victim, Craig Christiansen, is claiming he was sexually abused by Bp. Ferrario between 1975 and 1976 when he was 12–14 years old. According to information provided by watchdog organization Bishop Accountability, Ferrario had other victims at that time and they spoke out as well. He was appointed auxiliary bishop of Honolulu in 1978 and took over as bishop from 1982 to 1993.

He's also claiming abuse by O'Leary between 1977 and 1978 when he was a student at St. Stephen Seminary, where his father was an employee and O'Leary was an administrator.

A report by Jeff Anderson & Associates, titled "Clerical Sex Abuse in the Diocese of Honolulu," describes the diocese as "a dumping ground and refuge for abusive priests from the mainland who sought the geographic and, in some cases, jurisdictional/legal isolation that Hawaii provided."

It notes that despite several abuse accusations leveled against Ferrario, he retired and continued to live and be active in the diocese of Honolulu until his death. It further states that Church officials in the United States and the Vatican knew of abuse claims against Ferrario as far back as 1981 but they seemed to have been ignored since he was appointed bishop of Honolulu a year later.

[The diocese was] a dumping ground and refuge for abusive priests from the mainland who sought the geographic and — in some cases, jurisdictional/legal — isolation that Hawaii provided.

Ferrario was ordained a priest in the diocese of Scranton, Pennsylvania, in 1951. Bishop Accountability notes abuse cases involving Ferrario going back to the late 1960s.

The organization notes several cases, all involving adolescent boys including at least two who approached Ferrario regarding being raped by another priest, Fr. Joseph Henry — Ferrario's predecessor as pastor of St. Anthony's.

One male victim, 15 years old in 1975, went to Ferrario for counseling because he was raped by Henry who was pastor of St. Anthony. Ferrario, however, raped the boy until he was 21 years old and gave him money after each encounter.

His mother was the housekeeper at the rectory for St. Anthony's parish and in the process of divorcing her abusive husband when the abuse started. She found out in 1985 and wrote to the Vatican's delegate, Abp. Pio Laghi — the predecessor of Abp. Carlo Maria Viganò. Laghi forwarded the letter to Ferrario, who allegedly paid the victim $400 to recant his accusation. The victim, however, restated his claim two years later.

Four years later the case went public and the victim filed suit in 1991 but it was dismissed because of the statute of limitations.

Randy Engel, Catholic author and researcher, wrote about Ferrario in her book, The Rite of Sodomy: Homosexuality and the Roman Catholic Church:

The case involved the top echelons of the Catholic hierarchy in the United States including the National Conference of Catholic Bishops/United States Catholic Conference, the Papal Nunciature in Washington, D.C. and the Vatican. The victims and their families were all intimidated and/or sworn to secrecy. Whistleblowers were exiled and/or overtly persecuted and excommunicated. Seminaries were polluted. The Lavender Mafia, which included recruits from the mainland, colonized the entire diocese. Clerical pederasts found safe-haven from prosecution and fresh prey. And so it went — all to protect an unfaithful bishop and sexual pervert, Bishop 'Joe' Ferrario.

Hawaiian lawmakers have lifted the statute of limitations three times since 2012, owing to the clamor of alleged victims. 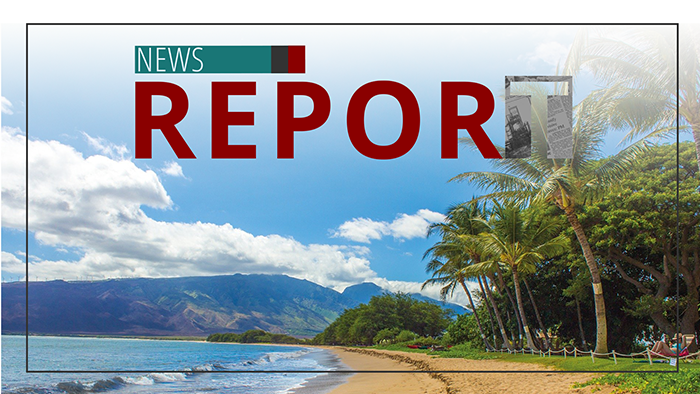 Watch
Stepping Through the Window
By Rodney Pelletier   •   0