DETROIT (ChurchMilitant.com) - A sex change surgeon is speaking out about the rise of sex change regret among people who suffer from gender dysphoria.

Professor Miroslav Djordjevic told The Telegraph on October 1 that over the past 20 years, his patients' average age had plummeted from 45 to 21, with seven patients being men who have surgically removed their genitals and wished to re-attach them, a procedure that costs up to $21,000. Djordjevic performed his first "gender reassignment reversal" surgery five years ago. He is currently in talks with six prospective clients on gender reversal surgery.

In May 2016, the Tavistock and Portman N.H.S. Foundation Trust, a U.K.-based clinic for adolescents, reported a doubling of referrals to their Gender Identity Development Service.

Djordjevic spoke about his fears regarding surgically treating minors suffering from gender dysphoria. "I'm afraid what will happen five to 10 years later with this person. It is more than about surgery; it's an issue of human rights. I could not accept them as a patient, as I'd be afraid what would happen to their mind."

This comes a month after Dr. Helen Webberley, a general practitioner in Monmouthshire, came under investigation for providing hormone treatments to a 12-year-old person with gender dysphoria.

In July, Church Militant reported that the president of the American College of Pediatricians (APC), Dr. Michelle Cretella, was also speaking out against the effects of affirming gender confusion among minors. Cretella told Church Militant "the transition-affirming protocol is child abuse."

The transition-affirming protocol is child abuse.

The ACP published and in September updated a press release, "Gender Ideology Harms Children," which called for "professionals, educators and legislators to reject all policies that condition children to accept as normal a life of chemical and surgical impersonation of the opposite sex."

The statement went on to read, "Conditioning children into believing a lifetime of chemical and surgical impersonation of the opposite sex is normal and healthful is child abuse."

Despite these warnings from professionals in the field, some parents have lost children after encouraging them in their gender confusion. In June, Church Militant reported on a 13-year-old girl, suffering from gender dysphoria who took her life in late May. This happened after her parents, Erin and Matt Georgia, allowed her to identify and present herself as a boy. Jane Marie Georgia was allowed to begin her "transition" in sixth grade, changing her name to "Jay Griffin."

A 2016 study by the Cincinnati Children's Hospital Medical Center claims that the suicide attempt rate among transgender youth is 30 percent.

Jane's mother Erin said, "Don't get me wrong, I mourned the loss of a daughter," referring to Jane's so-called transition "but then I realized that I'd been praying for a son my whole life. God answered that prayer, in just a different way."

Church Militant has also reported on a documentary featuring ex-transgenders who have found healing, revealing to the public the face of transgender regret, especially following surgery. The film, TranZformed: Finding Peace With Your God-Given Gender, was produced by David Kyle Foster, who told Church Militant that the film emphasizes the humanity of people trapped in transgenderism.

"The message of the film is that people are very broken; they need lots of help," he said, "and the last kind of help they should be getting is not what they're getting." 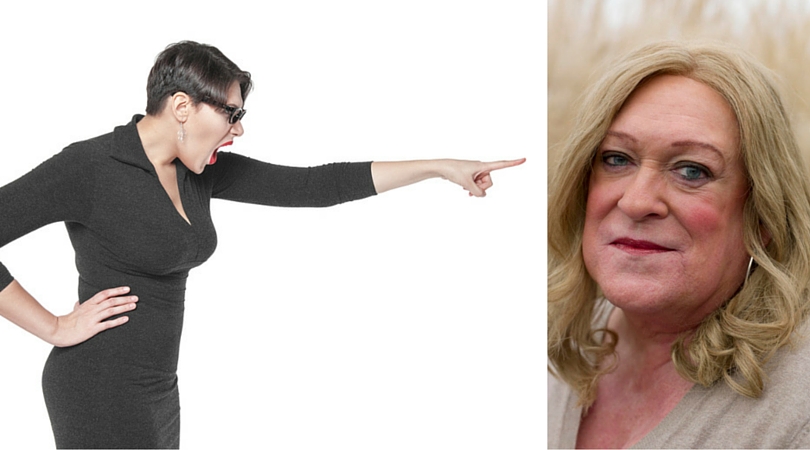