God did not make you that way

While visiting patients in the hospital, a priest came across a woman who was hospitalized after having attempted to take her life. The pastoral visit led the woman later to seek out the priest for counseling. 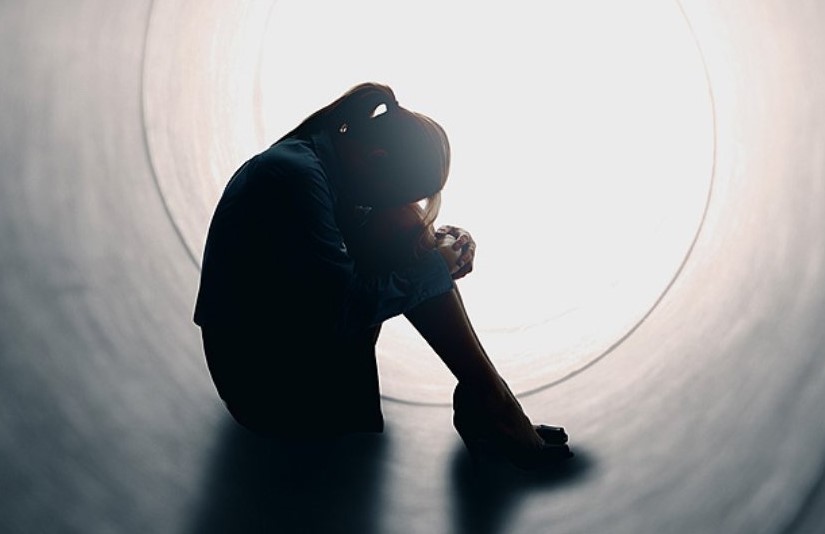 The woman shared with the priest that she became suicidal after she discovered her lesbian partner was cheating on her with another woman. When the priest inquired about her upbringing and background, she related that she had been sexually abused by her stepfather, only later to be befriended and taken in by a lesbian who likewise was abused years earlier by her own father.

Whenever the woman went to confession to confess her lesbian relationship, she said priests said, "God made you that way" and that she should try to lead a loving and generous life. Despite this advice, however, she said she never felt true peace, happiness and love in her life.

On hearing this, the priest told her a story about another priest with whom he was ordained and who was found guilty of abusing teenage boys. He said the predator priest himself was abused as a teenager when he was in the minor seminary.

"Do you think God made him to be sexually attracted to boys?" he asked the woman.

The priest also told her another story about a woman who divorced her physically abusive husband. When a priest counseled the divorced woman in the process of obtaining a decree of nullity (which was granted), the woman pointed out that her former spouse grew up in a broken home following his mother's divorce from his abusive father.

He said the predator priest himself was abused as a teenager when he was in the minor seminary.

It was after sharing these two stories that the priest said he disagreed with the confessors with whom the woman spoke earlier. He said he really questioned their view that God "made her" a lesbian.

It was in the course of the counseling that the woman concluded that had the predator priest attended a co-ed high school and not been groomed and introduced to homosexuality in the minor seminary during his period of psychosexual development, he might not have abused teens as he himself was abused. She also concluded that had the divorced woman's former husband not grown up in a home where he witnessed his father abusing his mother, he might have treated her quite differently.

The revelation that really changed the woman's life was thinking about where might she be at this point in her life had she not been sexually abused by her stepfather. Might she have a totally different attitude toward men had this not happened in her past?

When it became clear to the priest that she was beginning to question what all the previous confessors had to say about God making her a lesbian, he then went on to share "the rest of the story" about the divorced/annulled couple. He said that not only did the woman find herself later in a happy, sacramentally valid marriage, but she learned that her former civil spouse voluntarily enrolled in anger management, discovered how his father’s abusive behavior affected his own life and entered into a sacramentally valid marriage only after having arrested the behavior that destroyed his civil marriage.

With regularly scheduled counseling from the priest who helped the woman avoid transferring what her stepfather did to the men she dated, she slowly discovered that not only could she experience love with a man, she also very much wanted children. Her ability to avoid transference was aided by the fact that her stepfather passed away while she was undergoing counseling.

In time the woman met someone with whom she fell in love and who accepted her knowing all that she had gone through in her life. It was two years after they married that they had a child, whom they named after the priest who counseled her.

The counseling provided by the priest is supported by recent findings published in Science, which show that there is no such thing as a "gay gene." According to the study, which examined the sexual histories of some 500,000 people, it was "environmental factors" (e.g., one's upbringing and where one lives today) that were found mainly to be responsible for one's sexual preferences.

While researchers like Fr. D. Paul Sullins have shown how an increase in the number of homosexuals in the episcopacy and priesthood is directly proportional to the abuse of male teenagers in the Church, little has been written on how the psychology of homosexual clergy impacts their ministry, particularly their pastoral counseling. Might the priests who counseled the woman who thought she was a lesbian from birth themselves have been homosexuals?

Just as doctors who misdiagnose patients can cause serious harm and even death, so too can priests who misdiagnose penitents and pastors who condone counselees' harmful behavior cause them serious harm that, in some cases, can even lead to their deaths. Fortunately, for the woman in this case, she was able to get a "second opinion" that saved her life.

Instead of telling people what they would like to hear, it is better that wise and psychologically balanced priests and ministers lead them to the truth. Had the priest told her what the other priests said about God "making her" a lesbian, it is doubtful that she would be happily married today with children.

At a time when Catholic Church leaders want to blame the sex abuse crisis on "clericalism" and not admit how the Church has been affected by the high percentage of homosexuals in the episcopacy, priesthood and seminaries, Catholic laity would be wise to consider how the guidance their priests provide from the pulpit or in the confessional may be affected by their own psychological make-up.

Is your priest comfortable in relating to women or does he ordinarily keep to himself while enjoying mainly the company of men? Does he support Church teachings in his preaching when it comes to marriage between a man and a woman open to the begetting of children, or is he afraid to take a stand on moral issues by simply saying, "Who am I to judge?"

Catholics who find themselves assigned a pastor whose psychology or theology they question should consider attending another church before leaving, as so many have already done. While abusive and duplicitous priests should either repent or leave, good, holy priests need to be supported now more than ever. It can involve inviting a priest for dinner, remembering him on his birthday or at Christmas or just by complimenting him on something good he may have said or done. If you can do just one good deed for one good priest, then writing this article will not have been in vain.