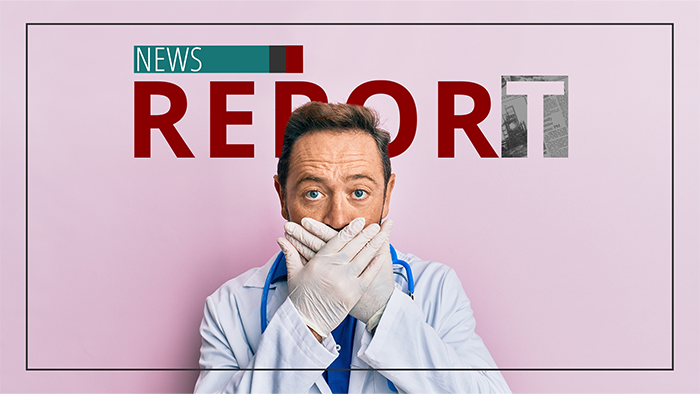 California legislators are continuing their war against science and the First Amendment. In tonight's In-Depth Report, Church Militant's Paul Murano exposes more of the Golden State's communist moves to take over public health.

Several bills in the California Legislature have been introduced to stifle the free exchange of ideas among health care authorities.

One in particular, AB2098, designates as "unprofessional conduct" the dissemination of so-called misinformation relating to COVID. Penalties include loss of one's medical license.

State Sen. Richard Pan, D-Calif.: "Misinformation is undermining our ability to not only stop this pandemic but, frankly, save lives."

Critics claim it's California's version of a "ministry of truth," aiming to stifle doctors and scientists who stray from the party line.

State Rep. Kevin Kiley, R-Calif.: "I think they are badly misreading the mood of the public. People are ready to move on and get the government out of their lives, and I think there will be serious political consequences if the supermajority moves these bills forward."

Bhattacharya: "They worked to create an illusion of consensus that didn't exist, by working with the press and Big Tech to suppress the voices of scientists who disagree with them."

Bhattacharya notes the bill ignores basic science. For example, even though it's been demonstrated natural immunity is equal or superior to getting the jab, doctors could lose their license for taking this into account while caring for patients. The bill heralds the safety of the shots while ignoring the warning signs, like elevated risk of myocarditis in young men.

Kim Iversen, hostess, The Kim Iversen Show: "Among 18–39-year-olds, both mRNA vaccines were associated with increased risk of myocarditis and pericarditis."

Bhattacharya further warns that "the false medical consensus enforced by AB2098 will lead doctors to censor themselves to avoid government sanction."

The California State Senate and Assembly have also introduced six other bills designed to wrest power from physicians, parents and individuals online.

Defenders of life and liberty in the Golden State are pleading with their representatives to reject these Marxist-style bills. California's future depends on it.

Dr. Bhattacharya decries how pandemic policies have affected young people, stating, "The harrowing situation unfolding there is a testament to the folly of a virus-containment strategy that relies on lockdown."