ALTOONA, Pa. (ChurchMilitant.com) - Two sisters are suing a Catholic priest, a Pennsylvania diocese and two former bishops, alleging diocesan hierarchy turned a blind eye to the priest as he repeatedly molested them as girls.

In lawsuits filed Tuesday, Renee Rice and Cheryl Haun claim the Rev. Charles Bodziak, now 74, abused them over a period of several years in the 1970s beginning when they were between seven and nine years old. Additionally, the two maintain three successive bishops were aware of Bodziak's crimes but allowed him to continue working with children unsupervised for decades.

A spokesman for the diocese reported Bodziak had already been removed from his parish assignment in January by Bp. Mark Bartchak of Altoona-Johnstown "as a precautionary measure while the diocese re-examines an allegation of sexual misconduct involving minors against Father Bodziak dating back more than 30 years." The allegation in question was included in a state grand jury report detailing a massive four-decade scandal involving Altoona-Johnstown diocesan hierarchy and local government authorities protecting dozens of known homosexual priests accused of sexual abuse.

The younger sister, Cheryl, now 47, reports she first met Bodziak when she was in the second grade and the priest served as pastor at St. Leo's Church in Altoona. The lawsuit contends the molestations began at the alleged victim's first Communion party, where she attests Bodziak groped her and kissed her on the mouth. Following the first incident, the molestations continued on a regular basis until she was in the sixth grade, often on school trips. Cheryl was assured by the priest, the suit reports, "that what he was doing was 'OK' because he was a priest."

Renee Rice, who claims she was molested between the ages of eight and 14, recalls being plied by Bodziak with wine and other alcoholic beverages before the cleric would abuse her. The lawsuit specifies the molestations often occurred during school hours in both the church rectory and in the choir loft, where the girl would be groped as she practiced the organ.

"[The girls] were very young, immature, vulnerable," says attorney Richard Serbin, who represents the two plaintiffs. In a press conference Tuesday, Serbin, who has more than 30 years of experience representing victims of clerical sex abuse, alleged three Altoona-Johnstown bishops had been "made aware of Father Bodziak's sexual interest in children."

The bishops in question, James Hogan and Joseph Adamec, led the diocese of Altoona-Johnstown in southern Pennsylvania from 1966 to 2011; the current head of the diocese, Bp. Bartchak, is also implicated.

"They knew that he was a child predator," he continued. "Bishop Hogan, Bp. Adamec and Bp. Bartchak all ignored the risk to children. (Bodziak) was moved from one parish to another within the diocese."

"It's sad for him just to be moved around from parish to parish and not be punished for anything he had done," Rice remarked.

"It angers me that Fr. Bodziak will never have jail time," Haun said, referencing restrictions on the current Pennsylvania statute of limitations. "We've had to live with this our whole lives, and [accused priests] just get to walk away."

"Current law gives the diocese the right to assert the statute of limitations," Serbin explained. "Here we have [a] child predator for 30 years molesting children and they have the 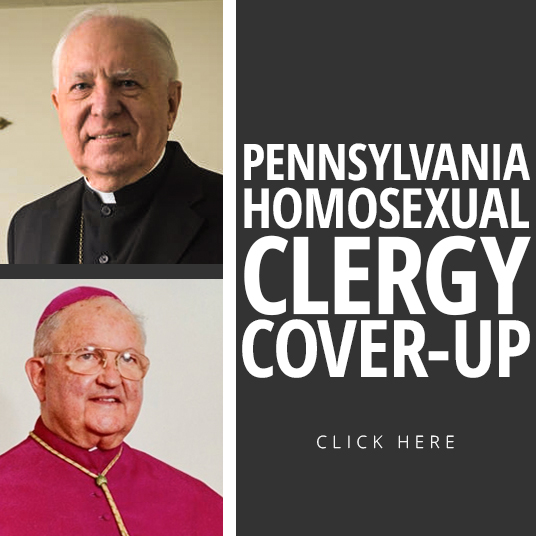 escape hatch. The predator will not serve a day in jail and those who allowed the predator to continue to molest children will escape any punishment. That's what the existing law allows."

The current statute of limitations permits those abused while under 18 years old a window until their 30th birthday to press charges.

"I believe the facts in this case fall within one of the exceptions that are permitted to extend the statute of limitations," he asserted. "Specifically, I have counts of fraud and withholding of pertinent information that was only known to the diocese."

The statute has made headlines over the past few months, as a controversial bill seeking to reform the law has been introduced to legislators. "Up until now Pennsylvania legislators have essentially through the laws in Pennsylvania said to the enablers of child predators that 'we have your back,'" Serbin stated. "House Bill 1947 — if made retroactive — is a step in the right direction because it gives child abuse survivors the opportunity to seek justice which up till now has been barred."

The proposed legislation has been opposed by Church hierarchy within Pennsylvania, with Philadelphia archbishop Charles Chaput labeling the bill as "destructive" and a "clear attack on the Church."

"All of us are rightly angered by the crime of sexual abuse," the archbishop affirmed. "Over the past decade the Church has worked very hard to support survivors in their healing, to protect our children and to root this crime out of Church life. But HB 1947 and bills like it are destructive legislation being advanced as a good solution."

"HB 1947 is retroactive for private and religious entities, but not retroactive for public institutions," he continued in a letter distributed in early June to all archdiocese parishes. "It places very low caps on damages for sexual abuse in public schools in the future. And it makes it hard for abuse victims to sue public institutions going forward. Meanwhile, private and religious entities face unlimited liability for exactly the same evil actions, and not just going forward, but also in the past."

As a result, the proposed legislation "targets innocent Catholic parishes and families ... who will bear the financial burden of crimes committed by bad individuals in the past, along with the heavy penalties that always result from these bad bills."

In mid-April the Pennsylvania House overwhelmingly approved the passage of HB 1947. It is not known when the state senate will vote on the legislation.