Though stressing that entry into St. Peter's Basilica is free and that "most" concert seating is available on a "first-come, first-served basis," the documents reveal a pay-to-play fundraising mechanism aimed at the wealthy.

For example, purchasers of the 2017 "Sistine Chapel Title Package" — available for a minimum donation of $75,000 — were awarded the following perks, including being "special guests" at a Mass offered by the Holy Father:

Other benefits include space at a Mass offered by Cdl. Dolan, among other things:

In a 1987 declaration on in-church concerts, the Congregation for Divine Worship and the Discipline of the Sacraments proclaimed that "Entrance to the church [for concerts] must be without payment and open to all." While accepting donations for an in-church concert is permissible, charging a mandatory admission fee violates the liturgical authority's rule.

Nardella and Palombella are suspected of draining proceeds from choir tours into an Italian bank account — accessible only to them — for personal expenses.

As it does not preclude non-paying listeners from attending the general event, the Sistine Chapel Choir scheme does not violate the Church's rules. But some are suggesting that by peddling privileges like reserved front-row seating and "special guest" status comes dangerously close to simony — the selling of ecclesiastical privileges or profiting from sacred things.

Vatican-watchers also note that Messa in Latino's report comes amid a deepening investigation into financial mismanagement and corruption by the choir's administrative director, Michelangelo Nardella, and choirmaster, Fr. Palombella. The fact that Palombella extends special favors to big donors is noteworthy in light of the allegations against him.

Nardella and Palombella are suspected of draining proceeds from choir tours into an Italian bank account — accessible only to them — for personal expenses.

According to Italian newspaper Il Fatto Quotidiano, authorities suspect "considerable sums" have gone missing from choir accounts and suggest that signatures of officials with the Secretariat of State have been forged on some account files. The paper also reported that Nardella and his wife maintain offices in the choir headquarters building, noting that, controversially, Nardella's wife converted the building's former chapel into her personal office space.

In July, Nardella was suspended from his position; owing to the inquiry, the choir canceled its planned July 3–23 tour of the United States.

Last week, the Holy See acknowledged the inquiry; in a statement issued by the Vatican press office, officials confirm that Pope Francis has "authorized an investigation into the economic-administrative aspects of the (Sistine Chapel) Choir. The investigation is still in progress." 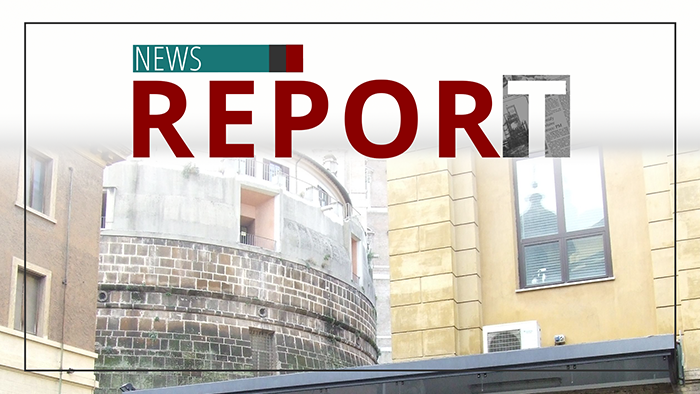