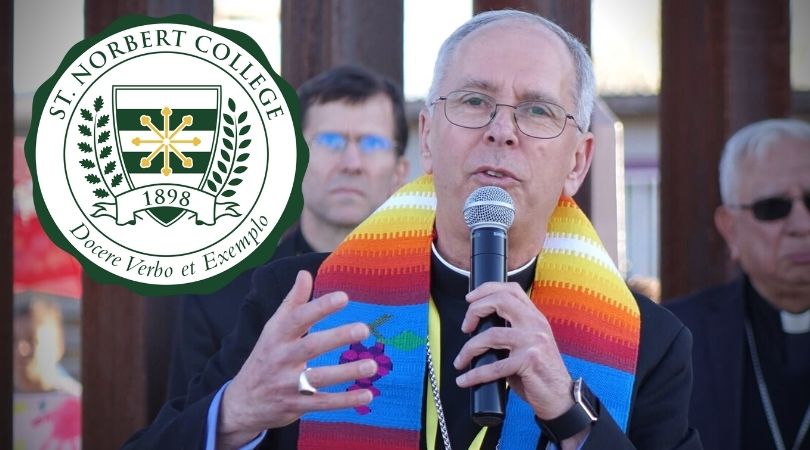 The nominating committee called him a "champion of caring for the stranger and of hospitality."

In June this year, Bp. Seitz was one of several leaders who spoke with Vice President Kamala Harris about immigration issues.

He remarked to Harris, "Why is your visit today important? Borders are places where the drama of human life, its suffering and aspirations, unfolds and they put squarely before us a moral choice — to build bridges of encounter or walls of fear."

We cannot ignore our historical complicity, our entanglement in an economy that kills, our inaction on climate change, our fueling of death-dealing violence with weapons of war and drug consumption, our obsession for power over the common good, our addiction to short-term results and eliminating opponents over the patient cultivation of social friendship, our indifference toward life, our racism.

A long-time immigration activist, Seitz opposed the Trump administration's immigration reform efforts. He was one of the masterminds behind the 2016 Border Mass in El Paso, which extended across the Rio Grande to the Mexican diocese of Ciudad Juárez.

It was the fourth Mass of its kind, with the previous ones being presided over by Boston's Cdl. Seán O'Malley, Pope Francis and papal ambassador Abp. Christophe Pierre.

In 2014, canon lawyer Ed Peters claimed there were "liturgical and canonical issues" with the border Masses.

He reiterated the Church's law that "the Eucharistic celebration is to be carried out in a sacred place unless in a particular case necessity requires otherwise."

Peters remarked, "Obviously, no one suggests that the border is a 'sacred place' in the canonical meaning of that term, so the question becomes whether necessity required Holy Mass to be celebrated at the border."

In 2019, Bp. Seitz slammed President Donald Trump for his "Remain at Home Program," which encouraged migrants to stay in their home countries.

He has been silent, however, since the Biden administration revealed on Oct. 15 that it was reinstituting the program. Since January, more than 1.7 million illegal aliens have been detained by Border Patrol officers.

In April 2020, Seitz joined in with extreme leftists in the Democratic Party to call for U.S. Immigration and Customs Enforcement (ICE) agents to release "nonviolent migrants from the immigration detention facilities in [the local] community."

On June 1, 2020, Seitz held up a poster in support of the Marxist organization Black Lives Matter. He was the first U.S. bishop to publicly stoke the fires of racial hatred following the death of George Floyd in Minneapolis. Afterward, Pope Francis called him on the phone to congratulate him.

The first Catholic bishop to do so, @BishopSeitz, surrounded by his #ElPaso clergy, takes a knee to lead #nineminutes of silence to remember #GeorgeFloyd and pray for peace and justice. �� #BlackLivesMatter #ICantBreathe pic.twitter.com/x8da0fhIft 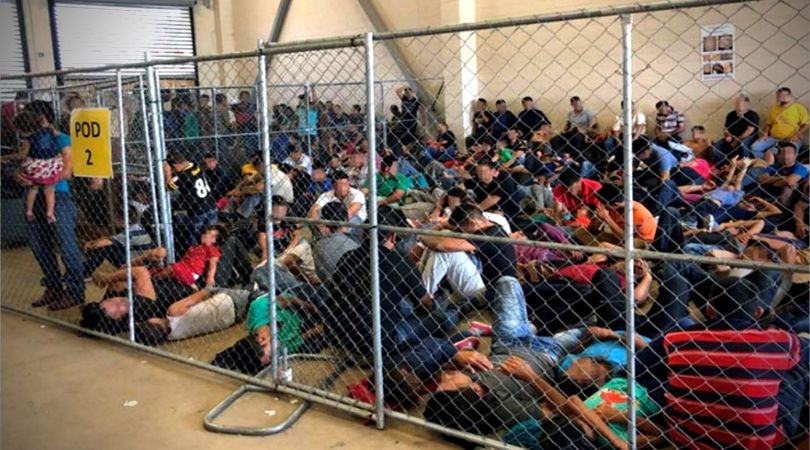