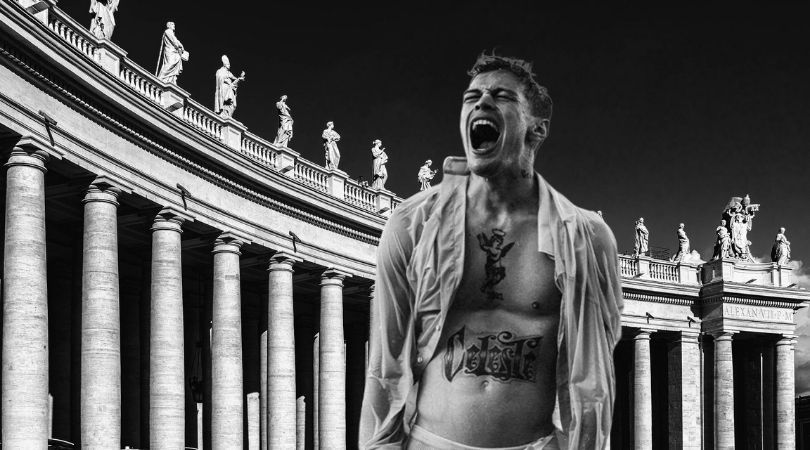 Homoerotic singer to entertain teens on Easter Monday in the Vatican

Riccardo Fabbriconi, known professionally as Blanco, won acclaim from LGBTQ+ fans after a homoerotic performance at Italy's Sanremo 2022 Festival where he does a double act with singer Alessandro Mahmood, who is rumored to be gay.

"Blanco and Mahmood have become true icons for homosexuals," Italian media QDS.it reported, commenting on the duo's "intense and enchanting song 'Brividi,'" (translated as "shivers" or "chills"). The song uses the "f-word" and celebrates a homoerotic relationship.

The invitation to Blanco is at the behest of the Italian Episcopal Conference (CEI), which has organized the national youth pilgrimage being led by Fr. Michele Falabretti, head of the bishops' National Service for Youth Ministry.

Around 60 bishops are expected to attend the event, bringing young people from their dioceses to the Vatican. The bishops' media Avvenire said Blanco's performance will prepare the teens for a prayer meeting and sermon from Pope Francis later the same evening.

Bishop Antonio Suetta of the diocese of Ventimiglia-San Remo told Italian newspaper La Nuova Bussola Quotidiana he was scandalized by the invitation since "the message conveyed by Blanco is not suitable for a Catholic context."

Blanco and Mahmood have become true icons for homosexuals.

"If entertainment is intended to prepare children for the meeting with the Holy Father and for prayer, I would find it more appropriate to invite artists in the field of Christian music, and there is an avalanche of them," Suetta said.

Blanco's public photos "reflect an approach to the body, to human relationships and to the vision of life that clashes with the Christian vision," the bishop explained. "I also saw a photo of him practically in his underwear, squeezing his genitals with his hand."

Blanco and Mahmood appeared stark naked on the cover of the Italian edition of Vanity Fair, only covering their genitals with their hands. (Church Militant has pixelated the offensive parts in the image, shown above.)

Suetta, one of the lone Italian bishops to stand against the spirit of the age, elaborated:

I understand that the world has fallen into vulgarity, but we, as a Church, must we endorse the vulgarity? We have an enormous artistic heritage with multiple expressions; the Church has always used these means to elevate the spirit, illuminating the fashions and different styles of the times. But can we call this kind of performance "art"?

I've long been under the impression that these slips come from a misunderstood concept of dialogue. I give dialogue a positive value. Clearly, I do not consider it an absolute, because the meaning of our human relationships cannot be limited to dialogue. It should not be confused with compromise; dialogue is an instrument of our intelligence to get to know each other and walk together to the truth.

I also saw a photo of him practically in his underwear, squeezing his genitals with his hand.

In the first week of April, the rapper made headlines when he picked up a bra and wore it around his tattooed chest. The bra was thrown at him by a young female fan in the front row at a concert in Padua.

"For some, the gesture of wearing women's underwear was a signal to define themselves as 'fluid.' For others, Blanco once again showed his eclectic exuberance," Italian daily Il Giornale commented.

The Vatican and the Italian bishops have scandalized the faithful in recent years with a number of displays masquerading as art.

Faithful Catholics blasted the Vatican's 2018 nativity for featuring a homoerotic figure. The Christmas crib, meant to portray the seven corporal acts of mercy, was made in Montevergine, a town famous for its close links with Italy's LGBTQ+ community.

In 2017, Abp. Vincenzo Paglia, head of the Pontifical Academy for Life, commissioned homosexual artist Ricardo Cinalli to paint a homoerotic mural in his cathedral in the diocese of Terni-Narni-Amelia.

The mural includes a homoerotic image of Paglia and portrays Jesus lifting to Heaven two nets filled with naked and semi-nude homosexuals, transsexuals, prostitutes and drug dealers tangled together in sexual interactions.

I understand that the world has fallen into vulgarity, but we, as a Church, must we endorse the vulgarity?

Cardinal Christoph Schönborn ordered the removal of the Last Supper exhibit, but other blasphemous pictures — including one showing Christ being fondled while on the Cross — were left on display.

"I don't think it helps the kids to get to know Jesus Christ better by offering a further opportunity to listen to Blanco," Suetta lamented. "It is something that embarrasses, creates worry and discomfort. If by scandal we mean something that literally stands in the way, yes, it is." 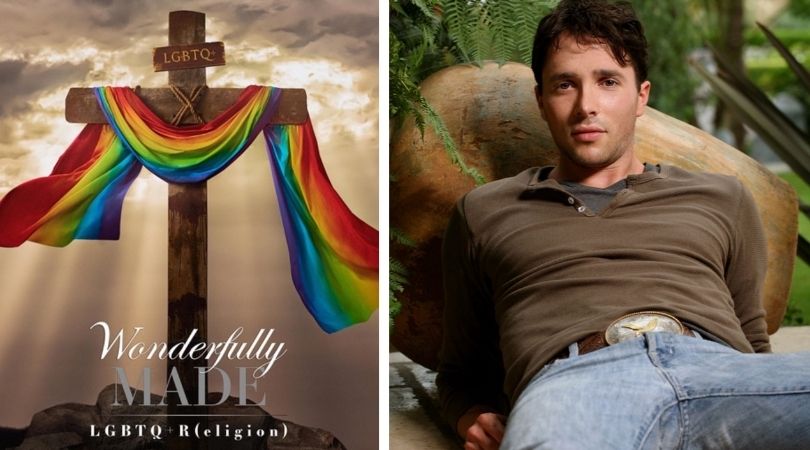 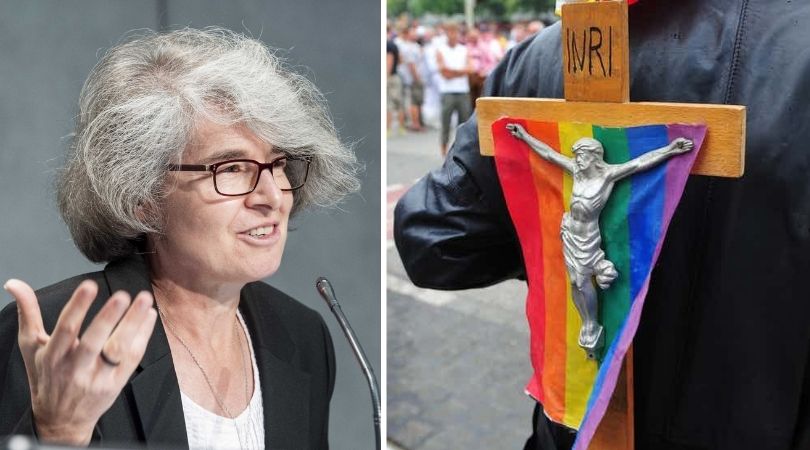