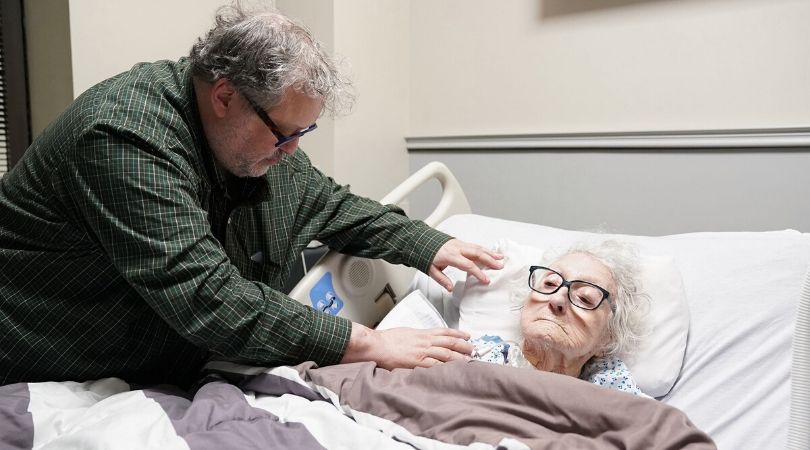 Arline Lester is alert, can speak and has made clear her wish to live

NEW YORK (ChurchMilitant.com) - Two brothers in New York are battling for the fate of their mother — one to save her life, and the other, to hasten her death.

New video evidence and a handwritten plea reveal 91-year-old Arline Lester of Long Island, New York wants to live, but that decision is now in the hands of a judge.

Despite using a respirator and feeding tube, Lester said in the video presented to the Nassau County Court by her son Edward that she desires to continue living. Edward is battling his brother, Kyle, who says his mother's living will, drafted in the 1990s, expresses her desire not to be kept alive by artificial means.

Kyle brought the case before the court to ask for sole guardianship over his mother so he can have Arline's feeding tube and respirator disconnected, which would lead to her starvation and suffocation.

But Edward has produced recent evidence that, he says, supersedes his mother's original living will and shows her health improving. And Arline herself has expressed clearly that she wants to live.

In a November video recorded at Mt. Sinai Medical Center in Manhattan, Arline mouthed the words "I want to stay alive," and nodded her agreement with several life-affirming statements made by Edward.

Before Nassau County Court Judge Julianne Capetola issued a gag order on Monday, forbidding the brothers from speaking to the media about the case, a family member indicated that Arline "is able to communicate her wants and needs through shaking her head." But on New Year's Day, her 91st birthday, Arline regained her speech.

Another video, filmed over the weekend, was made available to the Personhood Alliance before the gag order went into effect. The video shows Arline alert and speaking on her own. When asked if she is in pain, she shakes her head no and clearly says, "Thank you."

Edward explained that his mother recently had her leg amputated, but that amputation is not fatal.

She wants to live, and we're here to see that she does.

"She wants to live, and we're here to see that she does," he emphasized. He also told the reporter that his mother made him her power of attorney in November and "wrote 17 times on a piece of paper that she wants to revoke that 1991 living will."

Arline was also recently evaluated as mentally capable of making her own decisions. But her son Kyle is petitioning the court to grant him sole guardianship over his mother in order to withdraw life-sustaining nutrition and hydration and cause her early death.

Edward and Kyle, along with other witnesses for both sides of this case, are being heard during trial all this week in Nassau County Court.

The Personhood Alliance has set up a fundraiser, using an ethical alternative to Go Fund Me, to raise money for Arline's legal defense.

Sarah Quale is president of Personhood Alliance Education, the educational arm of the Personhood Alliance, and the author of the online Foundations pro-life curriculum. She is a member of the International Christian Visual Media Association and Christian Women in Media and is the founder of Educe® online learning.