George Soros: Pandemic the Crisis of a Lifetime 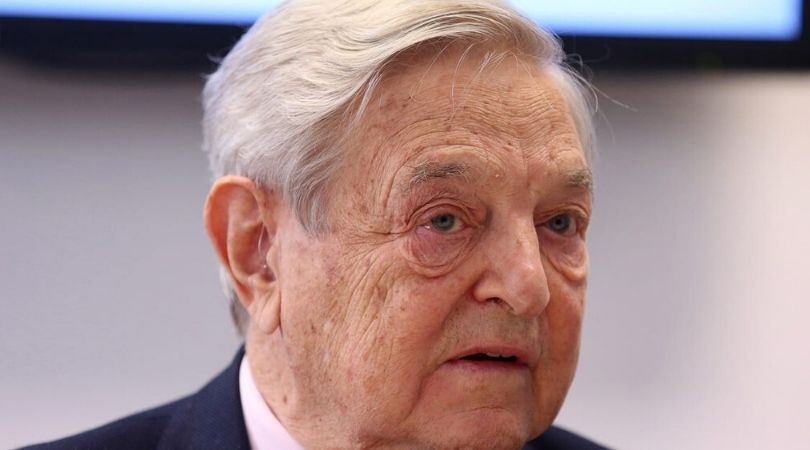 DETROIT (ChurchMilitant.com) - Leftist billionaire George Soros is calling the Chinese Communist Party (CCP) pandemic the crisis of his lifetime, a stunning statement given his 89 years and his make-or-break meddling with world markets and elections over the decades.

"Even before the pandemic hit, I realized that we were in a revolutionary moment where what would be impossible or even inconceivable in normal times had become not only possible, but probably absolutely necessary," Soros said in a recent interview.

An atheist and leading advocate of globalism, Soros said that everything is "up for grabs" in the wake of the Wuhan virus, adding that the only thing he knows for certain is "We will not go back to where we were when the pandemic started."

The Hungarian-born influencer called the outbreak and its ensuing effects "unprecedented" and said — referring to uncertain economic and political futures — he doesn't believe anyone "knows how capitalism will evolve."

Soros said he was "particularly concerned" about the effects of the outbreak on the European Union: "It is an incomplete union. It was in the process of being created. But the process was never completed and that makes Europe exceptionally vulnerable — more vulnerable than the U.S. not just because it is an incomplete union but also because it is based on the rule of law."

Recent independent moves by Germany's Federal Constitutional Court are especially worrisome for Soros, and he expressed concerns that other countries, mentioning Hungary and Poland by name, would follow suit and question the decisions of the European Court of Justice.

He believes the bonds would actually sidestep the "problem" of the German Court decision "because [consols] would be issued by the EU as a whole, would automatically be proportional, and would remain so eternally (referring to their earlier name of Perpetual Bonds)."

Soros took the opportunity to call out Hungarian Prime Minister Viktor Orbán, whom he claims has "used the COVID-19 emergency to appoint himself dictator," referring to Orbán's right, as ratified by parliament, to wield extra powers during a time of national emergency.

"The [Hungarian] parliament is kept in session to rubber-stamp [Orbán's] decrees, which clearly violate European law," he suggested, adding, "If the German court's verdict prevents the EU from resisting these developments, it will be the end of the EU as we know it."

Orbán was recently vindicated by the European Union, however, with the European Commission confirming that the prime minister's new powers during the pandemic don't breach EU law.

Since 2012 the Hungarian Fidesz government has labeled George Soros an enemy of the state due to his political machinations in the European refugee crisis and banned Soros and his Open Society Foundations, which alleges to advance "justice, education, public health and independent media," but in fact pushes a leftist, globalist agenda.

Soros also took time to knock conservative Italian political leader Matteo Salvini for "agitating for Italy to leave the euro and also the European Union." Revealing his bias, he said: "Fortunately, his personal popularity has declined since he left the government," although "his advocacy is gaining followers."

"What would be left of Europe without Italy, which used to be the most pro-European country?" Soros asked, underscoring his fear for the EU's future.

Soros also cast aspersions at President Trump, claiming the commander-in-chief "would like to be a dictator."

"But," he added, Trump "cannot be one because there is a Constitution in the United States that people still respect."

Observers note a certain irony in Soros' praise for the rule of law, noting that his financial contributions have helped influence the outcome of U.S. elections at various levels. The leftist billionaire is a major donor to Democratic Party politicians, among the top four "ultra-wealthy Americans funding the 2020 presidential elections so far."

In an infamous 1993 interview with Steve Kroft of 60 Minutes, Soros confessed to assisting Nazis in confiscating property from the Jewish people during the Holocaust — a collaboration about which he has "no regrets."

Soros has been condemned by the government of Israel and he and staff of his Open Society Foundations have been banned in the Philippines, Russia, Turkey, Poland and Pakistan.