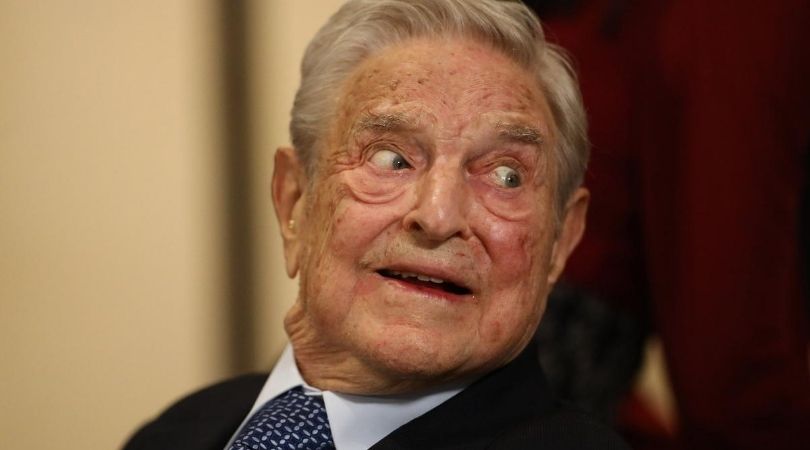 WASHINGTON (ChurchMilitant.com) - Billionaire George Soros has shattered his own record in the amount he is giving to liberal causes.

Soros has doled out $48 million through his political action committee, and an additional $4 million was given directly to Democratic campaigns and committees — more than doubling his donations in 2016.

Soros created Democracy PAC last year to funnel large sums of money to left-wing organizations. With over three months left before the presidential election, he has used the PAC to give millions to organizations seeking to keep Democratic control of the House of Representatives, to Planned Parenthood and to various Senate campaigns.

In the wake of recent racial tensions that escalated after the death of George Floyd in Minneapolis, Soros pledged an additional $220 million to various organizations dedicated to advancing "racial progress."

A major critic of President Trump, Soros said this year at the World Economic Forum in Davos, Switzerland that the "fate of the world" is at stake in the 2020 election.

During this speech, Soros said President Trump "is a con man and a narcissist, who wants the world to revolve around him." He also said Trump is an "authoritarian" who is "willing to sacrifice the national interests for his personal interests."

The presidential candidate's website states, "We could improve our politics overnight if we flushed big money from the system. ... Democracy works best when a big bank account or a large donor list are not prerequisites for office."

One GOP operative earlier this month echoed this sentiment:

While Democrats across the country sanctimoniously rail against the influence of dark money in politics, their party's largest donors are bankrolling a massive web of liberal organizations to get them elected. George Soros' unprecedented spending further highlights just how dependent Democrats are on contributions from billionaires, despite their hypocritical rhetoric.

The 89-year-old Hungarian-American seems to be taking steps to obscure his election spending this cycle. In the past, he made donations to groups directly in his own name. This cycle he has operated differently, primarily transferring tens of millions from the Fund for Policy Reform — a $750-million nonprofit in his sprawling Open Society Foundations network — into Democracy PAC. His PAC then disburses it to other Democratic PACs and committees.

This arrangement allows Soros to keep his name out of the top of donor lists. His $50 million in contributions makes him the largest donor of the 2020 cycle, although only $8 million has coming directly from him.

George Soros' unprecedented spending further highlights just how dependent Democrats are on contributions from billionaires, despite their hypocritical rhetoric.

The leftist billionaire has also increased his lobbying expenditures. The Open Society Policy Center, his D.C.-based lobbying shop, spent $48 million in 2019. This was more than corporate giants Amazon, Facebook, Boeing and Google's parent company, Alphabet, had spent. The group finished the year as the country's second-largest lobbying spender.

The $4 million of direct donations by Soros includes hundreds of thousands each to the Democratic Grassroots Victory Fund, the Nancy Pelosi Victory Fund and the Biden Victory Fund.

Soros is not the only Democratic megadonor active in this political season. Several others opened their coffers last month to provide large sums of money to groups backing Biden and Democrats while hammering Republicans. The Biden Victory Fund, in particular, has benefited from a windfall of cash. It pulled in a whopping $83 million from the Democratic Party's wealthiest donors, including $500,000 donated by Soros.