"I've given you a lot to do, judge, but I need your help if I am going to respond to my people's plea for accountability, transparency and action," Dolan said at the press conference announcing her appointment. "I look forward to receiving your recommendations and your insights, and I pledge that I will take them all with utmost seriousness."

Dolan is reportedly ignoring Jones' recommendations to remove a number of priests from active ministry.

But Church Militant has confirmed that Dolan is reportedly ignoring Jones' recommendations to remove a number of priests from active ministry. According to reliable sources, several weeks ago Jones recommended that Dolan remove faculties from 6–8 priests based on allegations of sexual misconduct. Dolan has failed to act on her recommendations, causing friction with the former judge.

Dolan is allegedly waiting until June, the annual time of priestly transfers and reassignments, hoping to quietly remove the priests on Jones' list by allowing their names to blend in with the yearly clerical shuffle.

Church Militant sent queries to the New York archdiocese as well as Jones, but received no response as of press time.

The firm hired to help in the investigation, Renaissance Associates, is also costly, and is made up of former FBI investigators and U.S. postal inspectors who specialize primarily in corporate matters and not in sex crimes.

Church Militant has also learned that the archdiocese has made a series of troubling recommendations regarding priests accused of serious misconduct.

Father Thomas Kreiser, arrested in September for molesting a 10-year-old girl and now facing trial, had reportedly been recommended last year for a pastorship — in spite of the fact that he'd been caught in 2011 embezzling $25,000 from his parish to spend on personal expenses, including online gambling.

His arrest last year for child sex abuse ensured he would not be made a pastor anytime soon.

The name of Fr. Peter Miqueli was also recently put forward with the recommendation that he be restored to active ministry.

Miqueli resigned in disgrace in 2016 after a lawsuit filed by parishioners accused him of embezzling nearly $1 million dollars to use on drugs and gay-for-pay prostitute Keith Crist. Tatyana Gudin, former girlfriend of Crist, has confirmed that Crist had frequent paid sexual encounters with Miqueli that included $1,000 sexual trysts, $300 bottles of whiskey and the drug Dilaudid.

Miqueli was sent to Our Lady of Consolation in the Bronx, but is spending time away at a clerical rehabilitation center in Michigan called The Guesthouse. When the chancery recently recommended that he be restored to active ministry, the priest personnel board objected strenuously, effectively blocking the recommendation.

Father Gary Mead was another priest recommended to be restored to full active ministry, but was also blocked after strong objections from the priest personnel board. Mead, current director of Instructional Television (ITV) for the archdiocese of New York, was busted in a sex sting in 2007.

Police records show Mead — who was working at St. Gregory Barbarigo parish in Garnerville at the time — was found performing lewd acts in a public restroom off Interstate 684, a known haunt for gay cruising. He solicited sex from an undercover policeman and tried to fondle him, and was arrested and charged with loitering and forcible touching.

Sources suspect that the individual behind some of the recommendations is Msgr. Gregory Mustaciuolo, former vicar general, and current chancellor for the archdiocese of New York. Church Militant has reported extensively on Mustaciuolo's close connections to Miqueli, Mead and other problematic priests within the archdiocese.

Multiple sources who have spoken with Church Militant on the record and anonymously confirm that Mustaciuolo had reportedly long been aware of Miqueli's embezzling as well as his relationship with prostitute Keith Crist, and acted to protect him.

Mustaciuolo is current CEO of the Mother Cabrini Health Foundation, worth $3.2 billion in assets (all cash), and among the top 25 largest grant-making foundations in the country. Critics have questioned how someone as tainted by scandal could be chosen to lead such a large non-profit, whose chairmen include Alfred Kelly (CEO of Visa), Samuel DiPiazza (former CEO of PricewaterhouseCoopers) and Catherine Kinney (former president of the NY Stock Exchange). Board members also include Carla Harris (vice chairman at Morgan Stanley), along with the bishops of New York.

Church Militant has confirmed that complaints about Mustaciuolo's role at Cabrini have been submitted to the New York attorney general's office, which is reviewing the complaints. 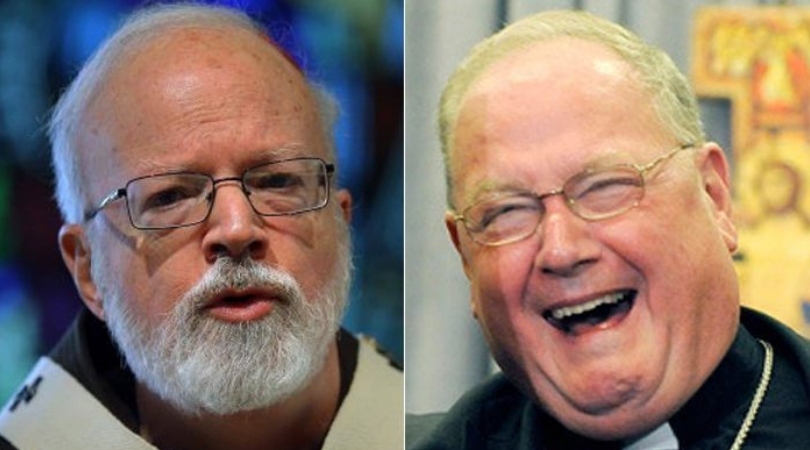