Special Report: Murder in the Diocese of Buffalo?

A whistleblower priest ends up dead

Church Militant has been working on an in-depth investigation for the past few weeks on some nefarious goings on in the diocese of Buffalo, New York, including perhaps what appears to be a homicide aimed at covering up information about to be released by a whistleblower priest regarding the well-established clerical homosexual network in the diocese.

Before we begin, there are some disturbing crime scene photos in this report so some of you may wish to turn away at that point.

The diocese has a sordid history going back to at least the mid-1990s under the reign of Bp. Henry Mansell and even further — to a homosexual assault by a priest on 6-year-old Anthony Ravarini whom Church Militant interviewed last month.

Anthony Ravarini: While me and Tommy were running around just being kids, and then this gentleman came out from the building, which is known as Fr. Dennis Riter, and he walked up to me and Tommy and asked us if we wanted ice cream — chocolate, I'll never forget it. Tommy said, "No" so he went back in the car and me, I said, "Yes." So we approached the building, we went inside and he took me in his office and he nonchalantly came around and he was standing right in front of me and he dropped his trousers and he made me perform oral sex on him until he **** in my mouth and all over my face — it was in my hair. It was really disgusting.

The priest who is accused of committing the foul deed — Fr. Dennis Riter — is still in circulation in the diocese, currently serving as pastor of St. Elizabeth Ann Seton in Dunkirk after having been reinstated just this past July following two new additional charges of sexual assault — these against two altar boys.

For a second and third time, the diocese claims there was no credible evidence to substantiate any of the accusations — just like they dismissed the accusation of 6-year-old Anthony, where Riter made the fantastic assertion that the genetic matter on Anthony's face, hair and shirt was his own — at 6 years old — suggesting that Anthony had wandered into a rectory bathroom and had done this to himself.

That homosexual assault happened in 1992, and the diocese went to great lengths to deny it happened despite the presence of two witnesses who saw the immediate aftermath just moments later.

One of those witnesses was a Polish seminarian stationed at the parish who Church Militant also interviewed last month, Wes Walawender.

Wes eventually went to a local priest, Fr. Joseph Moreno, who was Wes' spiritual director and, together, the two composed a letter to the bishop, Edward Head, and Auxiliary B. Edward Grosz detailing the disgusting facts of what he had seen — along with Anthony’s father.

The letter, which was hand-delivered to the two bishops, was written on Fr. Moreno's computer — again that was in 1992.

Wes never heard anything from either bishop about the letter he had submitted and was eventually railroaded out of the Buffalo seminary. Father Joe, as a result, became increasingly cognizant of a clerical homosexual network in the diocese and began keeping informal records at first which also detailed financial corruption — but nearly all of it connecting back to the homosexual clique.

All of this has been confirmed by Church Militant with both family members as well as confidantes of Fr. Joe's.

After years of documenting and detailing the homosexual clerical network in his diocese, Fr. Moreno was found dead in the rectory of his parish.

In 1995, Bp. Henry Mansell was made ordinary of Buffalo and during his eight years as ordinary, a gay seminarian pipeline from mostly Colombia was established following the pattern of Cdl. Joseph Bernardin in Chicago and then-Abp. Theodore McCarrick in Newark, New Jersey.

Church Militant interviewed some of the Colombian seminarians — not all who were homosexual — and they confirmed for us that it was indeed a major recruiting effort by Msgr. Joseph Gatto, vice-rector of Buffalo's Christ the King Seminary under Henry Mansell.

All of this was becoming well known among local clergy — including Fr. Joe Moreno — who confidantes tell Church Militant now stepped up his efforts to document these issues and keep records.

Things reached a head in 2012 when, after years of documenting and detailing the homosexual clerical network in his diocese, Fr. Moreno was found dead in the rectory of his parish, St. Lawrence in Buffalo, on a Saturday afternoon — Oct. 13, 2012.

Immediately, questions arose when his death was almost immediately ruled a suicide.

Close associates, as well as family, simply do not believe it was a suicide, especially given a series of facts that would seem to rule that out.

For example, first, Church Militant has learned that Fr. Moreno was ready to blow the whistle and go public, both to the local media and Church officials, on everything he had learned over the years. He told his sister, Susan, that very thing on the Tuesday before he was discovered dead.

He repeated that to a close associate on Friday before he was found dead on Saturday. Church Militant has confirmed that Fr. Moreno faxed a multi-page document to the local newspaper, The Buffalo News, on Friday night.

The document itself has not turned up, but the record of the electronic transmission has.

Additionally, Father had made an appointment to travel to Washington, D.C. the following Wednesday, and according to associates, to the papal nunciature and meet with officials there and hand over a copy of his dossier exposing the homosexual network in Buffalo.

He had also spoken with his sister, who routinely made dinner for him, that dinner on Sunday night would have to be wrapped up at a specific time because he had a very important meeting.

Church Militant has spoken directly with the person he was scheduled to meet, and that person has confirmed that Fr. Moreno had told them he was going to hand over a very important file to them — again scheduled for Sunday — a meeting he obviously never made.

As events progressed, Fr. Moreno made what may prove to have been a fatal mistake, he got into a heated argument with senior chancery personnel and threatened — out loud — to expose everything he was meeting with them about. 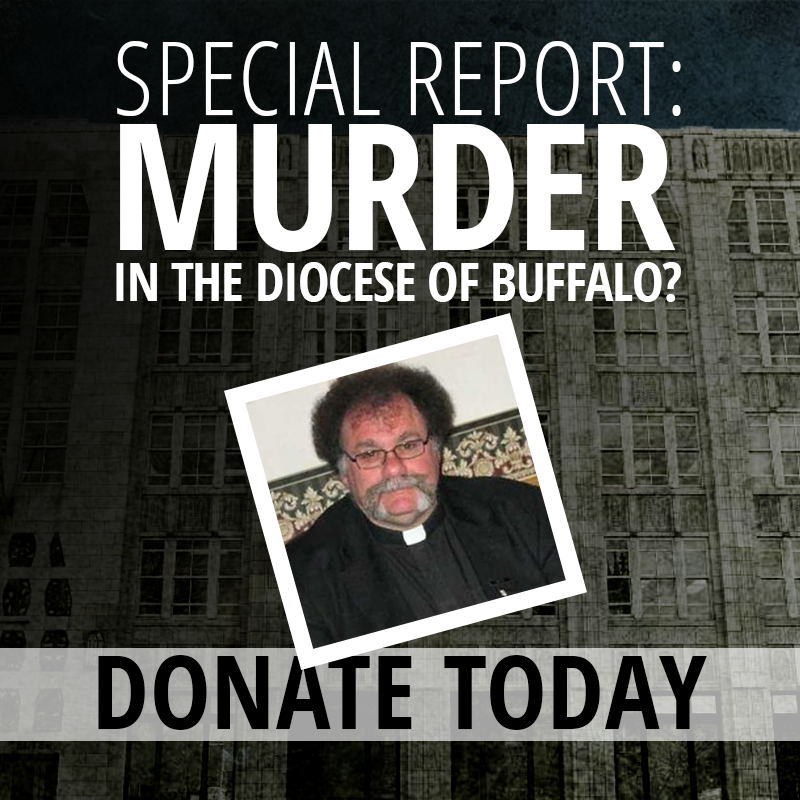 That was Friday morning before he was found dead on Saturday afternoon. Father Joseph Moreno was found dead in his chair in the living room of his rectory with a gunshot wound to the left side of the back of his head.

There are immediately problems with this account. First, Fr. Moreno had bad nerve damage to his left hand and it was difficult for him to hold things. Secondly, he was right-handed. Third, his personal handgun went missing two weeks earlier, according to parish staff, so a big question arises: Where did the supposed suicide or homicide gun come from?

A very damaging fact against the suicide determination is that a second autopsy — arranged by his sister — discovered not just one bullet hole, but a second hole that had been sutured — reminiscent of mafia assassinations.

Another issue is the manner in which the supposed suicide would have actually occurred. According to officials, Fr. Moreno picked up the gun with his left hand and then reached around with his right hand and pulled the trigger.

So what remains unexplained is how Fr. Moreno could have shot himself without getting any blood spatter on his hands or in the room. Also, how was Fr. Moreno positioned so comfortably in his chair with both arms by his sides with no blood splatter of gunpowder residue on his hands.

His sister spoke with the local ABC affiliate about the irregularities.

Susan Moreno: "There's no picture of the gun in his hands — his hands are closed. There's no blood splatter, blood misting on his arms, on the gun, on the wall where supposedly he did this at."

At the crime scene, the fax machine with the phone number of the local newspaper stored in its memory was not there — the fax machine he had used less than 24 hours earlier.

Susan Moreno: His desk drawer was broken into. His file cabinet is missing, his current files are missing, his fax machine is missing. He did fax something to The Buffalo News the day of his death and I think it's relevant to get that four-page fax because Joey was going to expose something. What it was, I'm not quite sure, but he was going to spill the beans on something and someone wanted him to be shut up and they did.

Unsatisfied with the original autopsy and its finding, Susan spent a small fortune having his body exhumed and a second autopsy performed in 2015.

Malone is the same bishop who lied about the number of priests accused of abuse in his diocese, initially claiming there were only 42, when the actual number is 106.

The medical examiner who performed the second autopsy, Dr. Cyril H. Wecht, said this: "After examining the evidence, I am not able to tell you definitively that this was a homicide, but I do believe serious questions have been raised."

When news broke in October 2012 that Moreno had been found dead, the Buffalo diocese pushed the suicide narrative, offering no explanation as to why. No suicide note had ever been brought forward and Fr. Joe had made definitive plans for the following few days.

Bishop Malone, who was new to the diocese a few months earlier said he had met with Moreno the week before and the priest was reportedly upset that he was being transferred out of his parish. An article appeared shortly after that with anonymous priests claiming Moreno was a troubled individual with a checkered past, further trying to shore up the theory that he killed himself.

Malone is the same bishop who lied about the number of priests accused of abuse in his diocese, initially claiming there were only 42, when the actual number is 106.

Charlie Specht at WBKW in Buffalo has been doing a series of investigative reports exposing Malone's cover-up of multiple predator priests — his latest showing that Malone deliberately underreported the true number of homosexual abusers in his diocese by less than half.

Stay tuned to Church Militant as we dig more deeply into this disturbing report of what appears to be cover-up of a hit job against a whistleblower priest, a priest who was set to expose the homosexual network in the Buffalo diocese and was silenced before he ever had the chance. 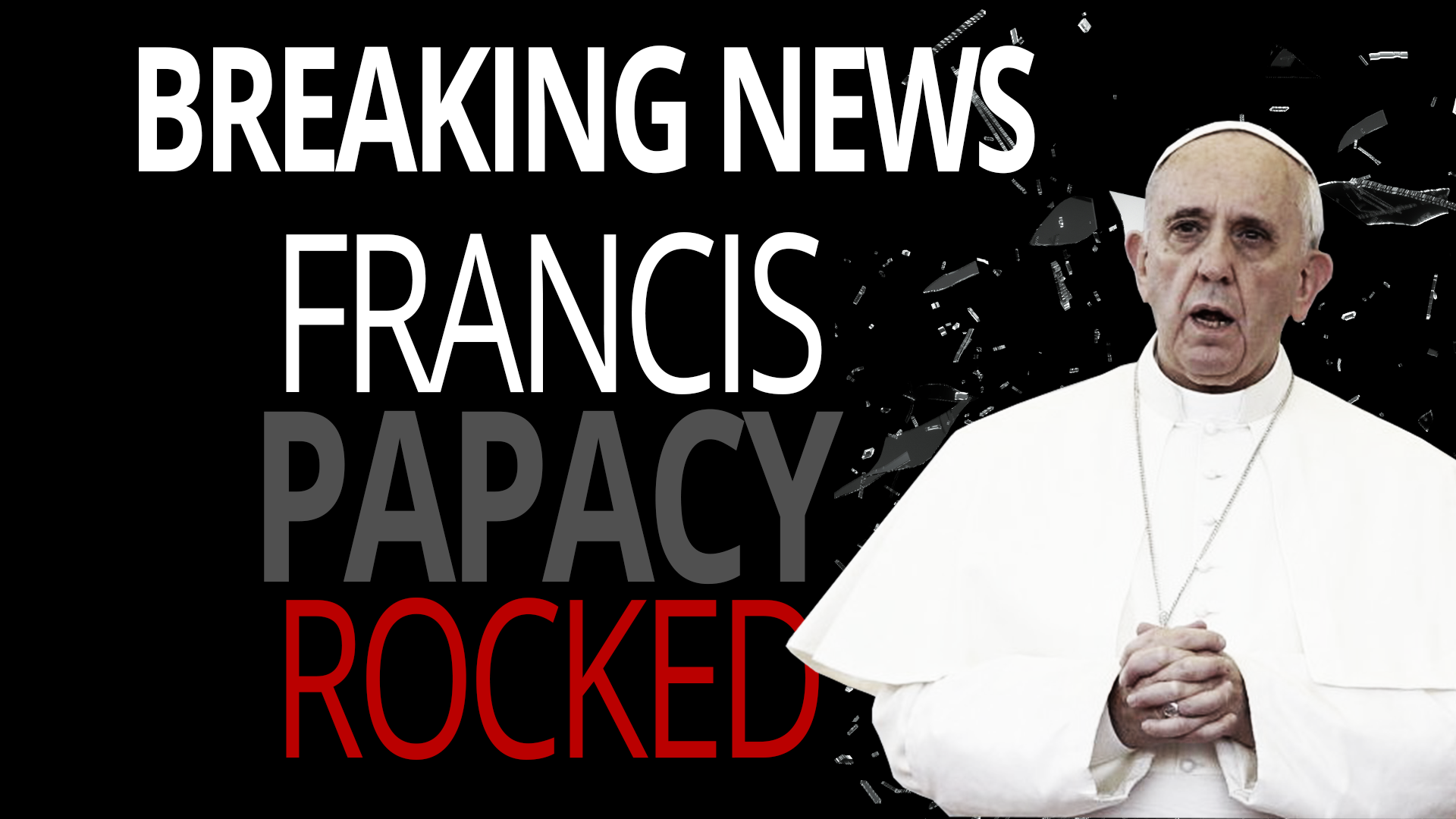 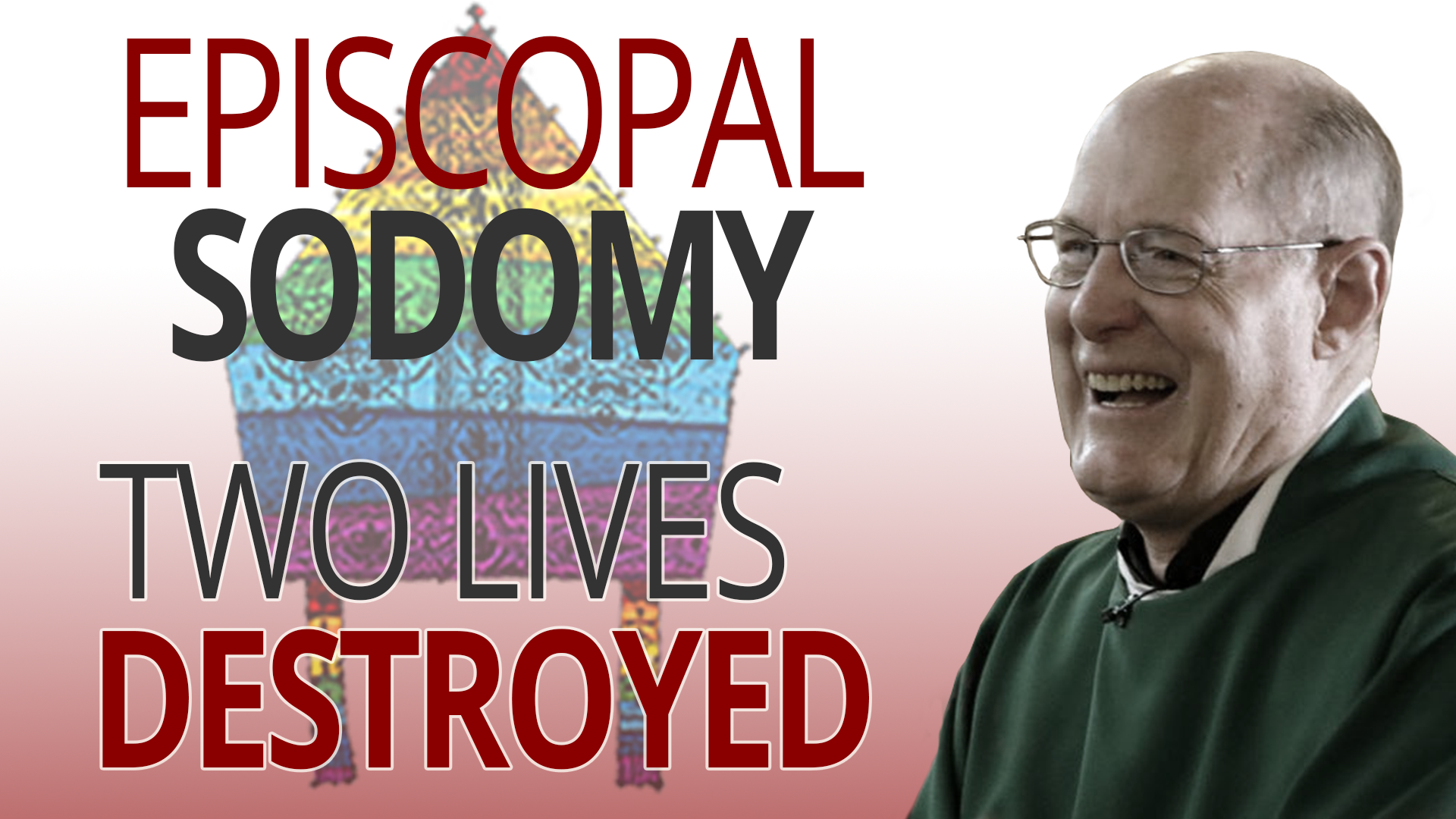