Collusion between the diocese and local media?

Is the diocese of Saginaw colluding with local media in a smear campaign against the prosecutor pursuing criminal sex abuse charges against priests?

After the launch of a criminal probe into possible sex abuse cover-up in the Michigan diocese, the diocese is returning fire, calling into question the integrity of Assistant Prosecutor Mark Gaertner, who's taken the lead in the investigation.

Gaertner is prosecuting longtime Saginaw priest Father Robert DeLand, arrested in February and charged with sexually assaulting multiple young men. The prosecutor's office has since been flooded with tips implicating multiple other clergy, leading to the launch of a criminal investigation of the entire diocese and even raids on the bishop's home, the cathedral and the chancery.

Now reports of a smear campaign against the prosecutor, with local media trying to discredit him by unearthing an old case and a 2004 letter.

Read our complete coverage of the Saginaw Sex Abuse Scandal

A little background: In 2000, Gaertner was in an election race for prosecutor in Huron County against a man named Tim Rutkowski. Rutkowski is brother to current vicar general of the diocese Father Bill Rutkowski, according to inside sources a well-known homosexual in a long-term relationship with a priest in the Lansing diocese — a charge officially denied.

During the election, Fr. Rutkowski published a scathing opinion piece against Gaertner in the local paper — an attempt to influence the election in his brother's favor.

The remarks were not well received in Huron County.

In Gaertner's words, "[T]he general consensus was, 'What in the heck is Father Bill doing? He's a priest. He shouldn't be writing that letter.'"

Gaertner went on to win the election, and that same year a case came across his desk involving a priest, Father Jack Leipert, accused of sex abuse. After months of investigation, Gaertner chose not to go after Leipert, claiming there wasn't enough evidence to take the case to a jury and prove his guilt beyond a reasonable doubt.

The Saginaw diocese wrote Gaertner a letter the next year thanking him for his "discretion" in handling the case.

Fast forward to 2004, with another heated election race between Gaertner and Tim Rutkowski. Out of fears that his brother Bill would weigh in once again and try to influence the outcome, Gaertner wrote the diocese voicing his concern:

Even though I encourage community members to get involved in government, I find it disturbing Rev. Rutkowski would use his position within the Catholic Church to legitimize his personal opinion about a political matter. The general feeling is that the Diocese should not allow a priest to engage in, and influence, political matters especially in light of the fact the way Huron County law enforcement handled the Leipert matter in a discreet and professional manner. Some individuals have remarked, and I paraphrase, "Is this the way the Diocese thanks us?"

Local affiliate ABC12 in Saginaw first broke news of the letter this month, but quoted Gaertner out of context, leaving the impression he was expecting a quid pro quo, or even threatening the diocese — charges Gaertner vigorously denies.

But the report has led some to question his integrity.

And, because Gaertner lost to Rutkowski in 2008, the ABC12 report implied that Gaertner's current criminal investigation of the diocese is little more than payback.

Sources tell Church Militant that from within the diocese, the same story is being pushed and told to parishioners: that DeLand is innocent and this is just payback from Gaertner — something Gaertner flatly denies.

At least one public figure seems to buy the narrative. Judge Michael Talbot, appointed by Saginaw bishop Joseph Cistone as independent delegate for the criminal investigation, said of Gaertner's 2004 remarks, "They appear to present a highly questionable context to some of the recent actions by local law enforcement."

Judge Michael Talbot is chair of the archdiocese of Detroit's clerical sexual abuse review board and is instrumental in always saving face for the Church. Further, reports indicate Talbot is a longtime financial backer of the Saginaw diocese and hardly impartial.

And behind the scenes, members of local media who are personal friends with Bp. Cistone are trying to gin up support for the bishop and the accused Fr. DeLand with other members of the media.

They're conducting a quiet smear campaign, dredging up old cases, now settled, hoping the publicity will have Gaertner forced off the case as well as the lead detective Brian Berg. In the case of Berg, after an extensive investigation into federal bribery charges, he was cleared of all wrongdoing and the case dismissed.

Various faithful Catholics are now saying all of this collusion with local media and the diocese is nothing more than a smokescreen to deflect from the reality of a diocese overrun by gay clergy and overseen by a bishop who turns a blind eye to their sexual misconduct. 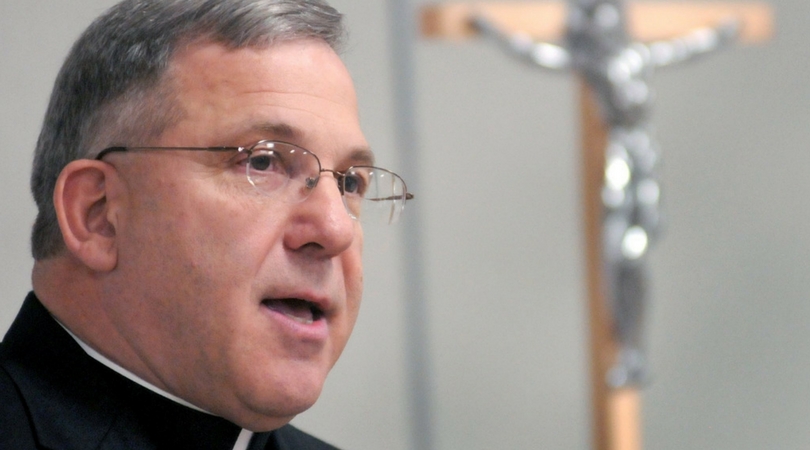 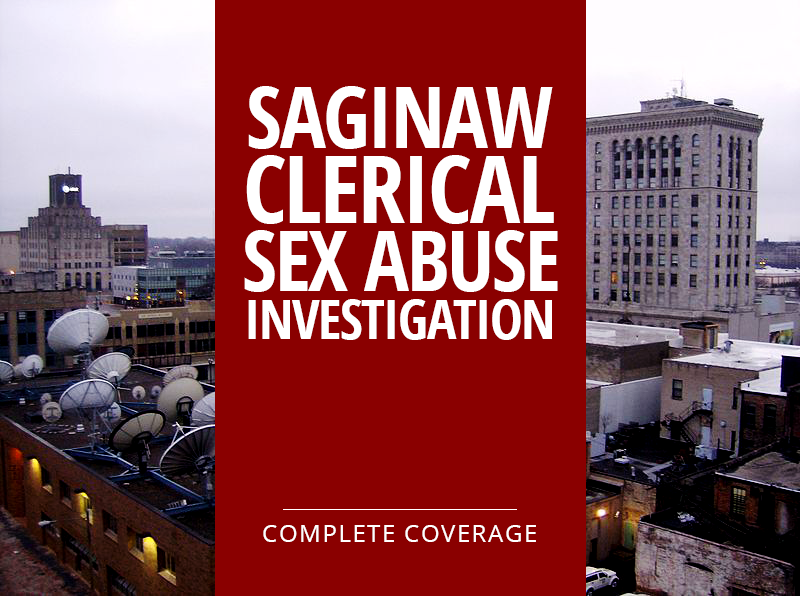