Macao: an outpost of Catholic Portugal at the very gate of Ming China. Portugal's commitment to the Faith ordained her as Christ-bearer to the Orient in an era when the Portuguese were the finest [ship's] pilots and seamen in the world.

Thus, St. Francis Xavier, the Basque Jesuit titan from Navarre who seeded a swath of Christendom from India to Japan, could always depend on Portuguese captains' support for his mission in times of need.

But when Fr. Peter Kibe arrived in Macao after traversing the globe to become a priest and a Jesuit, he hit a dead end. No ship's captain would dare carry a priest to Japan under the Tokugawa shogunate's ban on Christ, for Macao's economy depended on her merchants trading precious Chinese silks in Nagasaki. If a ship got caught smuggling a Catholic priest, the shogun could put an end to the lucrative shipping endeavors. This surrender to mammon would have invited fire and brimstone from St. Francis Xavier, were he still in the flesh.

But down in Siam was a flourishing royal capital, Ayutthaya, replete with Japanese rōnin swordsmen hired to protect the king, and the place was frequented by traders carrying spices to Japan. In February 1627, Fr. Kibe embarked in a lumbering Portuguese carrack for Malacca on the Malay Peninsula, intending to go northward to Ayutthaya from there and eventually catch a ride to Japan on a trading ship.

And the Devil did his damnedest to stop him. As the Portuguese behemoth was nearing Malacca, four nimble Dutch pirate ships appeared and attacked her. Many aboard the carrack abandoned ship and swam for shore, including Fr. Kibe — carrying his breviary and other necessities on his shoulders. All made it to shore, but they had to survive without food for three days, walking in pouring rain through territory rife with bandits, until they reached Malacca and safety. Father Kibe was just regaining his strength when a fever laid him low.

And the Devil did his damnedest to stop him.

Once recovered from illness, he boarded a ship for Siam. Now the weather turned so foul that the normal short sail turned into a three-month slog — another ordeal — before he could disembark and hunker down among his countrymen in the guise of a sailor while looking for passage to Japan.

However, every Japan-bound ship's captain demanded denials of Christian faith from all boarding passengers, given the horrors awaiting Catholics (and their accomplices) in Nagasaki. Such treachery was out of the question for Fr. Kibe, a samurai with the power to offer the Holy Sacrifice of the Mass — that is, to confect the Body, Blood, Soul and Divinity of Jesus Christ out of simple bread and wine.

After two years of waiting, he boarded a Manila-bound Spanish ship and set sail on the Feast of the Visitation of 1629. But when he went to Manila, he found it just as inhospitable to Japan-bound priests as Macao had been.

But Fr. Peter did find a brother in intrepidity: Fr. Miguel Matsuda, a former schoolmate from Shiki in Amakusa. They bought a beat-up boat, limped it to an island in Manila Bay and, in great secrecy, set to work patching it up with some Catholic sailors' help. Then, as they awaited fair winds, termites feasted on their hidden prize, a fact discovered just days before they were set to sail. Undaunted, they patched her up with planking and put her out to sea. It was June of 1630 — 16 years since their exile from home.

They had fair sailing almost all the way to Kyushu — until a typhoon hit and smashed them onto an islet's rocky shore. Their ramshackle vessel was destroyed, but their lives were preserved. The friendly islanders sheltered them and, when the typhoon had passed, sailed them to Bōnotsu, near Kagoshima. Perhaps it was God's providence that landed them so close to the spot where St. Francis Xavier had landed 81 years before, carrying the Dayspring to Japan.

Both priests slipped into Nagasaki to serve the underground Christians, but Fr. Kibe soon headed for northeast Japan (Tōhoku), home to some 26,000 persecuted Catholics dispersed far and wide. There he found shelter at Mizusawa in the home of a Catholic samurai, Miyake Tōemon. It must have been good to finally have a place to lay his head.

But that didn't last long. On Feb. 13, 1639, a certain Chōzaburo reported Kibe and his hosts to the shogun's spies. Behold the Shogun Iemitsu: pederast, sadist, rumored leper. Lemitsu derived special pleasure from observing the torture of Catholic priests.

Along with four other priests captured in Tōhoku, Fr. Kibe was taken to Edo, the shogunal capital. Two priests (I know not their names) were burnt alive at Fuda no Tsuji, a crossroads. Meanwhile, Fr. Kibe and two other Jesuits — Frs. Giovanni Battista Porro and Martinho Shikimi — were imprisoned to await the former Jesuit apostate Cristóvão Ferreira, now called Sawano Chuan, who was charged with persuading captured priests to follow his wide and easy path to destruction. Instead, Ferreira found his own eyes opened to Christ Crucified in his encounter with Fr. Kibe.

After 10 days of browbeating, they subjected the three priests to a form of torture nicknamed "the wooden horse" — with weights on their feet, they had to straddle, in great agony, a triangular wooden saddle like a sharp-peaked roof.

When this torture failed to force their apostasies, they were subjected to a torture called "the pit."

Ferreira found his own eyes opened to Christ Crucified in his encounter with Fr. Kibe.

The victim, hands tied behind his back, would be tightly coiled in rope from the feet up to the chest, hung upside-down from a gallows, and lowered head-first into a hole six feet deep containing human waste or other filth and covered with a lid to trap the stench. The lid comprised two boards closed together; crescent cutouts in the center crimped the victim's body, pinching his waist and cutting off his circulation. It felt like his head was going to explode; his mouth, nose and ears would soon start oozing blood into the filth below his head.

François Caron, a Dutch eyewitness, wrote, "Some of them who had hung two or three days assured me that the pains they endured were wholly unsufferable, no fire nor no torture equaling their languor and violence."

While the victim hung clamped in the dank, stinking hell of the pit, the torturers would twist his body back and forth to elicit maximum torment, urging him to chant to Buddha — a sign of apostasy — and thus gain his life and "freedom."

In the throes of their torment, perhaps in delirium, Frs. Porro and Shikimi each emitted mumbled groans. The torturers pulled out the half-conscious priests, marking them as apostates, and sent them away for medical care. Both later denied having renounced Christ, but their protests were ignored.

Father Kibe, though, not only held firm, but kept blasting volleys of encouragement to two dojuku hanging in the pits beside him — preaching Christ, urging perseverance to the end.

This the shogun's torturers could not abide. They pulled Fr. Peter out for special treatment, piling firewood on his naked belly and setting it alight. Still he held firm, even as his belly split open, even as his bowels came bursting out, for he, true Jesuit, true samurai, had conquered oceans and deserts and myriad perils to come back just for this: to testify that Christ alone is King.

Luke O'Hara became a Roman Catholic in Japan. His articles and books about Japan's martyrs can be found at his website, kirishtan.com.
--- Campaign 32075 --- 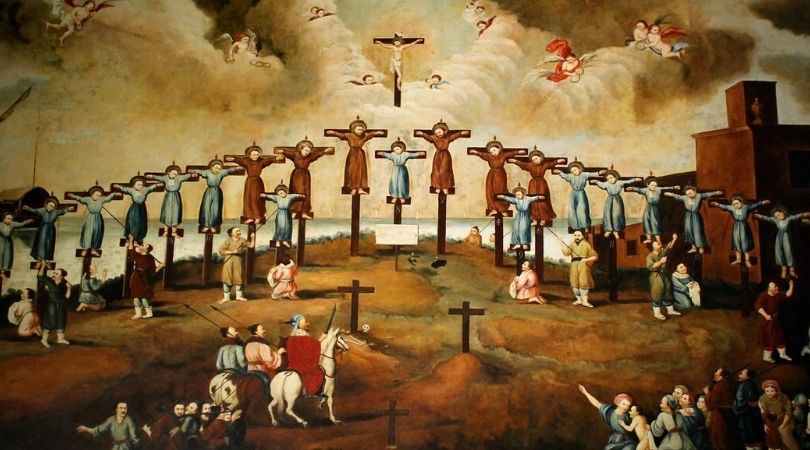 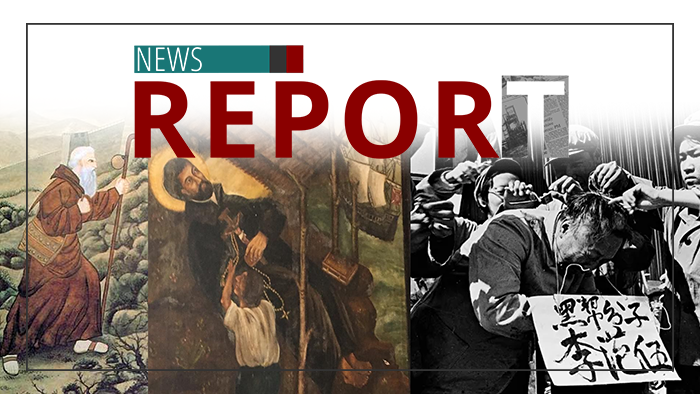 Watch
The Faithful in China
By David Nussman   •   0 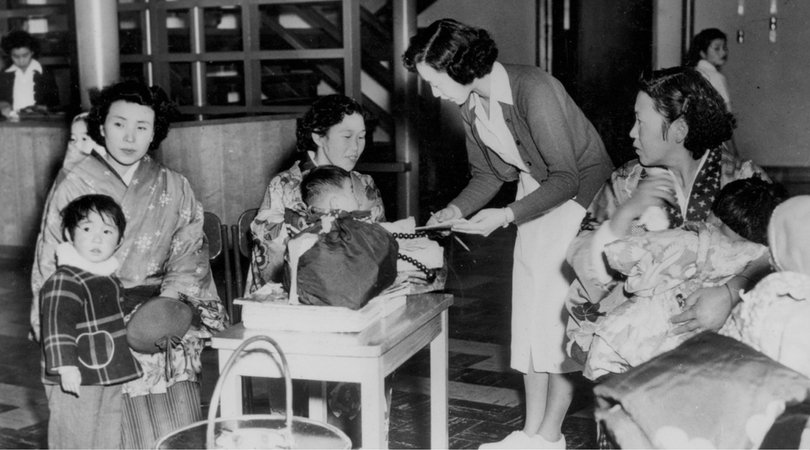