A battle that started in the spiritual world came down to the material after the free will of both angels and men chose to oppose their Creator, and that battle is still raging today.

This spiritual war is manifested in every major institution. From education, to news, to entertainment, to politics, to courts — and each institution is heavily influenced by the Church, for "As Goes the Church, So Goes the World."

These institutions, by their natures, play a huge role in any society, and each has a specific purpose. Education is meant to teach, news to inform, entertainment to entertain, politics to order, courts to justice.

In the arena of education — which in Latin is "educare" meaning to train or mold — specifically in America, false teaching has always been a part of the institution.

John Dewey, known as the father of American education, signed the first humanist manifesto that denies the biblical account of creation, stating that the universe was not created.

On education, the Church teaches that parents are to see to the "Christian education of their children" and in doing so, they "share in the office of sanctifying."

Today, proper education, meaning teaching the truth, is under full-fledged attack as some of the most powerful within the institution of education have called for a ban on homeschooling or private education.

Millions watch and listen to this misinformation every single day.

In the arena of media — which is the plural of the Latin word "medium," meaning middle ground or intermediate — in America, specifically news, and particularly with regard to the more modern forms of cable and internet, misinformation has always been integral in this institution.

Ted Turner, the founder of the first 24-hour cable news channel and mega-donor to the abortion industry, has called pro-lifers "idiots" and "bozos."

Today, millions watch and listen to this misinformation every single day.

On the internet, Facebook, Instagram and Twitter are a few of the most common social media platforms in the world and today, and many people get their so-called news from these sources.

Facebook, which owns Instagram, was founded by Mark Zuckerberg, and Twitter was founded by Jack Dorsey. The three platforms account for well over 4 billion users worldwide. Both founders ban free speech on each of their platforms, and in particular, speech that promotes the truth.

The entertainment industry, another institution that reaches virtually every home in America, seems to have completely embraced evil.

Anton LaVey, the founder of the Church of Satan, had a heavy influence on the already morally depraved entertainment industry.

At 6114 California St. in San Francisco is where LaVey's headquarters was for his Church of Satan — he used the house from 1966 until his death in 1997.

There used to be rigorous standards on what Hollywood produced, and the Catholic Church had a big say in it as well.

Hollywood's production code, which was the industry guidelines for self-censorship of content, gave the Legion of Decency the stamp of approval, which then meant films had to be submitted to the Catholic Legion for review before public distribution.

The Catholic Legion of Decency had a huge impact on the entertainment industry because if certain films were condemned, this meant the tens of millions of Catholics at the time would be forbidden from viewing the films under pain of mortal sin.

Catholics were asked to sign the Pledge of the Legion of Decency — this one from 1934 that states: "I condemn absolutely those salacious motion pictures which, with other degrading agencies, are corrupting public morals and promoting a sex mania in our land."

Nowadays, there is no Legion of Decency, and it follows that Hollywood promotes every single intrinsic evil imaginable.

In the realm of politics, legislatures not only allow evil to persist in a nation but have the ability to legislate and codify it. And with the courts, as a branch of politics, this institution also possesses that ability. The failure of these two institutions, with the respective purposes of order and justice, has been proven by the increase of disorder and injustice.

Nowadays, there is no Legion of Decency, and it follows that Hollywood promotes every single intrinsic evil imaginable.

Looking over only the past roughly 50-years, contraception was legalized, then no-fault divorce, then abortion. Now gay so-called marriage is legal along with transgenderism.

The Catechism teaches that the Devil has a "certain domination over man" and our ignorance due to original sin "gives rise to serious errors in the areas of education, politics, social action and morals."

Saint John Bosco tells us, "do you want to outwit the Devil? Never let him catch you idle. Work, study, pray, and you will be surely overcome your spiritual enemy." 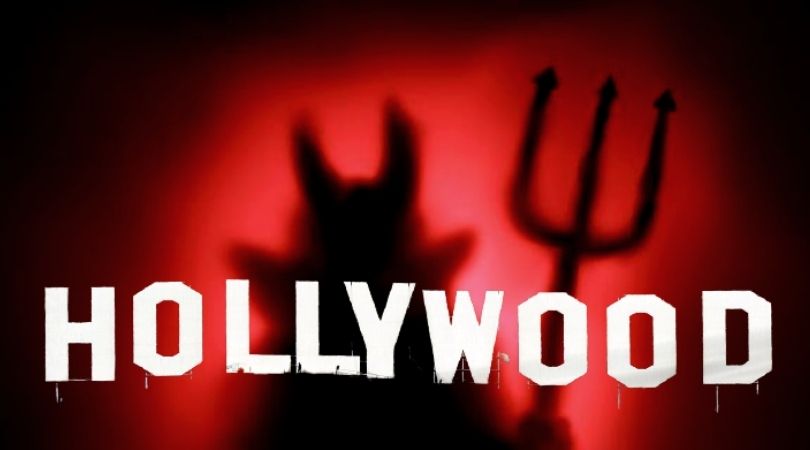