JERSEY CITY, N.J. (ChurchMilitant.com) - A non-profit is fighting back against a lawsuit from the far-left Southern Poverty Law Center (SPLC), which has forced its closure and shut down its crowdfunding platform.

Arthur Goldberg has been a target of SPLC since 2012. He and non-profits with which he is affiliated have been sued twice, once as the co-director of Jews Offering New Alternatives for Healing (JONAH) — which offered counseling for those struggling with unwanted same-sex attraction — and most recently as co-director of Jewish Institute for Global Awareness (JIFGA), the parent organization for Funding Morality.

On Thursday, Hudson County, New Jersey Superior Court Judge Peter Bariso, Jr. slapped Goldberg and JIFGA with over $3.2 million in punitive fines and legal fees for allegedly violating a 2015 injunction and settlement agreement against JONAH that forbids him from providing counseling referrals.

In a move meant to "deter and punish," he also barred Goldberg from serving as a director of any nonprofit organization in the state of New Jersey — a condition that may violate Goldberg's rights. As a result, JIFGA and the crowdfunding site, Funding Morality, will have to suspend operations.

This is part of the left-wing agenda to cut off conservative speech and shut down voices that disagree with them.

Church Militant spoke with Goldberg, who told us he is planning to appeal. "We expect to appeal the decision, which we believe is at odds with the facts and infringes upon our constitutional rights to freedom of speech, religion, and association," he said.

"Our appeal seeks to vindicate our constitutional right to promote biblical values," he said. "Today's politically correct progressive ideology seeks to eliminate the free exchange of ideas whenever certain views may be antithetical to current prevailing opinions."

"This is part of the left-wing agenda to cut off conservative speech and shut down voices that disagree with them," Goldberg said.

Goldberg added, "JIFGA as an organization is totally different than JONAH. It does not refer people with same-sex attractions for therapy."

Goldberg said the same judge extended his decision to JIFGA "based upon the incorrect belief that 'JIFGA was a successor in interest and a mere continuation of JONAH.'"

The SPLC brought its initial action against him and JIFGA in January. It filed a motion for right of discovery in March asking for access to Goldberg's emails.

Its claim that JIFGA is a continuation of JONAH and that he was providing counseling referrals to people with unwanted same-sex desires was the impetus for Judge Bariso to grant the motion and give the SPLC 70,000 of Goldberg's emails.

Luke Barefoot, partner at Cleary Gottlieb Steen and Hamilton LLP, one of the three legal firms co-representing the SPLC, said, "When we learned that JONAH continued to operate under a new name and, in defiance of the jury's verdict, carry on the same unconscionable practices that harmed so many vulnerable young people, we knew our job was not over."

Goldberg believes he was maligned and vilified to the judge by SPLC lawyers and that he lost the case based on several innocuous emails that were "ridiculously" misinterpreted.

He explained that SPLC mistook acquaintances' requests for information as referrals. In one email cited, he provided a therapist's email address to someone who specifically asked for it.

The SPLC successfully argued that JIFGA and Funding Morality needed to be shut down and fined $3 million based on the content they found in his emails.

They also argued a project on Funding Morality to document the work of the late Joseph Nicolosi was "evidence" JIFGA was still facilitating "fraudulent gay-to-straight 'conversion therapy.'"

Goldberg explained his organization was approached by Nicolosi's family shortly after he died and they wanted to honor his life's work. "I didn't see how that would be a problem," he said.

Church Militant spoke with Christopher Doyle, executive director of Institute for Healthy Families and the author of The War on Psychotherapy, and one of the expert witnesses denied the opportunity to testify on behalf of JONAH in 2015.

He called SPLC a "bully organization" and said, "This case has always been about a political organization that is targeting low-hanging fruit — smaller organizations with little means to defend themselves."

JIFGA had an operating budget of around $200,000, while SPLC has assets approaching half a billion dollars. Goldberg said during the trials, there were between 10 and 14 lawyers representing SPLC in the courtroom at all times. Goldberg had one attorney.

Court documents indicated that the SPLC actually recruited these plaintiffs in order to take down JONAH.

In his book, Doyle outlined the JONAH trial and how it was the first time consumer fraud laws were applied to an organization that was not a commercial business operating for profit. JONAH was the first non-profit organization in the country to be sued for fraud.

Goldberg did not have a financial motive, as he and other JONAH co-directors were never paid for their work. Goldberg never drew a salary for his work at JIFGA, either.

Doyle wrote in his book, "It's clear from the court affidavits that the lawsuit against JONAH was well-thought-out and coordinated, in conspiracy-fashion, by certain gay activists. In fact, court documents indicated that the SPLC actually recruited these plaintiffs in order to take down JONAH."

The strategy of SPLC to destroy organizations is to "bring a legal cause and cut off their financial purse-strings," Doyle said. By diminishing their financial influence they "basically make them indigent."

Doyle said the work of the gay lobby has been brilliant and wildly successful in the past 50 years.

Homosexuals faced laws "worse than the Jim Crow laws" that allowed them to be thrown in jail. They now have "protected status," Doyle said. "Unfortunately, so much of it based on fraud."

That fraud was cited in the case against JONAH as the reason Bariso refused to let six experts, including Doyle and Nicolosi, testify for the defense. Nicolosi was the preeminent expert and pioneer in reparative therapy.

He further concluded that "the theory that homosexuality is a disorder is not novel but — like the notion that the earth is flat and the sun revolves around it — instead is outdated and refuted."

SPLC asserted that "their testimony is nothing more than inadmissible net opinion" and the experts' testimony was "unreliable" because their belief that homosexuality is a disorder "conflicts with the understanding held by every legitimate professional association."

That statement is false. Doyle explained that despite years of research, not one study has identified a gay gene, a gay brain or even a gay hormone. The American Psychological Association's (APA) own Handbook of Sexuality and Psychology explicitly states that homosexuality is not genetic: "The inconvenient reality ... is that social behaviors are always jointly determined by nature, nurture and opportunity."

Doyle is among thousands of licensed mental health professionals and clients that have formed a coalition called The National Task Force for Therapy Equality (NTFTE) to counter the "born that way" lie.

They documented blatant lies from gay activists seeking to ban reparative therapy, whose aim is to help those struggling with gender dysphoria and unwanted same-sex attractions to find peace and healing.

Doyle explained that many of the gay activists speaking out against "conversion therapy," the derogatory term for reparative therapy, were lying. He said that in the case of New Jersey, the entire testimony that influenced then-governor Chris Christie to sign the conversion therapy ban into law was "lifted from a RuPaul movie."

The FTC has yet to address the complaint.

GoFundMe Is No Option

Goldberg started Funding Morality in 2016 as a result of the SPLC's first lawsuit against JONAH.

While he was able to raise funds for his initial legal defense, he wondered what would happen to others who couldn't afford to pay for their legal defense, a position in which he now finds himself.

GoFundMe shut down campaigns to support the legal defense for Sweet Cakes by Melissa and Baronelle Stutzman, who both refused to provide services for same-sex weddings.

"JIFGA was started to promote the universal underlying morals for the Judeo-Christian worldview," Goldberg said. Funding Morality was founded to provide financial support for faith-based people.

"As far as I know, we were the only one," Goldberg noted. "We welcomed submissions on pro-life, pro-family, pro-religious liberty causes that were consistent with biblical values."

Some of the current campaigns on Funding Morality include raising funds for pro-life seminars for black-American pastors, support for a Catholic seminarian, a consecrated religious and persecuted priests such as Fr. Jeff Windy and Fr. Paul Kalchik.

Another campaign was started to help to overcome the stigma Christian street cleaners in Pakistan experience in daily life.

These Christian sewer workers are denied personal protective gear, and those who are injured on the job are often denied life-saving care by Muslim health care workers because they are considered "unclean."

Two new campaigns were recently started to provide funding for pro-life research that did not receive university funding. One research project is looking for a surgical technique to transfer an embryo/fetus in the case of an ectopic pregnancy. Currently, all ectopic pregnancies are ended through abortion.

The second research project is to complete a second detailed study of the potential physical and behavioral consequences of abortion. The results of their first study have indicated negative behavioral effects and that full-term deliveries have a protective effect on women's health. 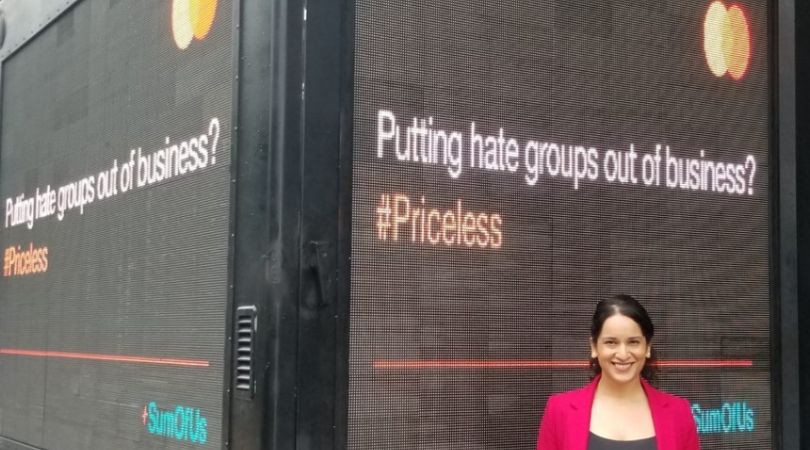 Watch
Opponents of the Left Financially Persecuted
By Anita Carey   •   0