SAN FRANCISCO (ChurchMilitant.com) - Valiant pro-life efforts in the San Francisco Bay Area are continuing during the pandemic, even as efforts to shut them down intensify.

"The pro-aborts have gotten much more vicious since the start of the pandemic," one pro-life advocate in San Francisco told Church Militant. "Ever since city officials announced shelter-in-place rules on March 16, we've seen an increase in the frequency and intensity of harassment."

"At a recent pro-life event," the pro-lifer continued, "in addition to the usual verbal harassment and physical intimidation of passersby, a woman chanted 'death, death, death muerte, muerte, muerte' at us, breathed on us, splashed beer and then hurled her beer bottle at us."

"The mere sight of us evokes visceral responses from some individuals who contort and writhe in demonic-looking gestures," the advocate observed. Intimidation has also included "spying, death threats and posting photos of us on social media."

"Members of the San Francisco police have also participated in intimidation of the pro-life efforts," she said. "They watch us like hawks, ready to pounce for any perceived infraction against the rules, but take no action against the outdoor dance parties happening down the block and, of course, actual crime."

In spite of the harassment, a robust community of pro-lifers persists in bringing attention to the issue and helping expectant mothers save their babies.

The annual West Coast Walk for Life — the Bay Area's counterpart to Washington's March for Life — reportedly brought 10,000 supporters to Market Street in January to bear witness to life.

A parallel march took place in the California prison system, where a prisoner serving a life sentence and who has lost three children to abortion marched in solidarity, along with 70 other prisoners, in the yards of Valley State Prison, according to a LifeSite report.

He tried to reason with the police, explaining that his work was ... as 'essential' to the community as the work being done inside the abortion mill.

40 Days for Life, a non-sectarian organization attended by mostly by Catholics, maintains a strong presence in the Bay Area. The members see their work not as protest but of witnessing and supporting the women by providing alternatives and resources.

The group prays outside abortuaries biannually with the spring witness coinciding with the 40 days of Lent.

But during Lent, the campaign was interrupted by almost a dozen police officers, who dispersed a small group of pro-lifers outside the facility who were following the social distancing guidelines.

Ron Konopaski, 86, the longtime leader of 40 Days for Life prayer campaigns, was targeted.

Konopaski told Church Militant he tried to reason with the police, explaining that his work was, to say the least, as "essential" to the community as the work being done inside the abortion mill. He also asked police if they would speak with his lawyer from Life Legal Defense Foundation, whom he had already contacted about the legality of his witness being in compliance with the shelter-in-place order. Not dissuaded, they issued him a citation.

Last year Konopaski was attacked by a man trying to steal his banner while he peacefully stood outside an abortion center. The attacker can be seen on video repeatedly kicking Konopaski and commanding, "Stay on the ground, old man.”

Campaign organizers said the city half-heartedly, at best, attempted to locate the perpetrator, despite his being clearly visible on film.

The mere sight of us evokes visceral responses from some individuals who contort and writhe in demonic-looking gestures.

"We strongly suspect/know that members of the city council are influencing the police's actions and that socialist/anarchist groups are behind the many calls to the police," a contact wrote Church Militant in an e-mail.

Konopaski also recounted how he had his signage ripped from him by several self-identifying "witches" who took it into a bar down the street.

His persistence has been observed by 40 Days for Life officials who awarded him National Leader of the Year award in 2019. The veteran pro-lifer received a T-shirt reading "I won’t stay down" along with an award, but told Church Militant he's more interested in "eternal reward" than any "earthly awards."

Pro-Life San Francisco is another group buttressing Nothern California's anti-abortion movement. The non-partisan, non-sectarian group of pro-lifers including Catholics, Protestants and Democrat atheists is considering legal action against the city for unjustly cracking down on pro-life witness.

The Life Legal Defense Foundation, the Thomas More Society — which is representing Center for Medical Progress and David Daleiden — and Harmeet Dhillon, a respected attorney and Republican Party official, are reportedly involved.

"This gives us hope," said the Church Militant contact.

Scheduled for fall 2020 is the opening of Planned Parenthood Northern California's flagship facility which greatly expands on current activities in the region.

The building, a former auto body shop located in the heart of San Francisco, cost $6 million to purchase and at least an additional $7.5 million to convert into a "medical" center. It is double the size of the current facility and includes space for education, outreach to schools, policy advocacy, conference gatherings and a "research" lab.

According to Planned Parenthood, "For 100 years, Planned Parenthood has helped keep millions of people healthy, informed and safe. Access to our life-saving health care and education services has transformed the way people live, work and love."

"This is, of course, troubling, but we will continue our pro-life witness there when it opens," the contact said.

Konopaski said he continues to believe in the power of prayer to end abortion. "It's easy to get discouraged sometimes and become skeptical that our prayers are working," he said, "but every once in a while, the Lord sends you a little miracle that lets you know something's happening.”

He referred to Abby Johnson, who said that while the pro-lifers are peacefully praying outside, she has seen the disorganization and the animosity of medical workers toward each other on the inside. The veteran pro-lifer said he sometimes calls on his guardian angel to go in and help fight the demons inside. "It's spiritual warfare," he said.

The decision whether or not to proceed with the citation against Konopaski is expected this week. Konopaski is represented by Life Legal attorney Michael Millen. The city of San Francisco is represented by District Attorney Chesa Boudin, whose parents were members of the Weathermen and who were responsible for an armed heist in New York in 1981 in which three people were killed.

Some pro-life advocates, including both individuals and institutions, asked Church Militant to refrain from using their names in this article to protect them from persecution. 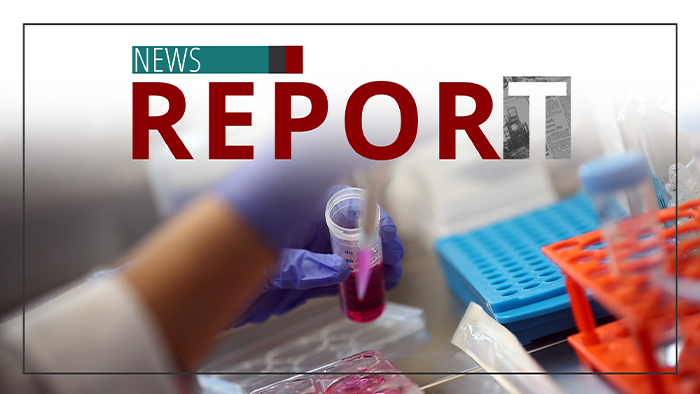