The Vatican's recent revision of two canons in its Code of Canon Law seemingly affords feckless prelates the ability to attack faithful priests.

At face value, the Catholic Church's canons 1369 and 1373 seem to be necessary and good laws to have on the books. They are directed, respectively, against a person "who profanes a sacred object" and against one who "incites hatred" or "provokes disobedience" against ecclesiastical authority.

But, according to one canon lawyer, these canons have been rewritten with such broad language as to render them less useful for defending the eternal truths of the Church and more open to misuse by tendentious prelates hell-bent on keeping bothersome clerics under their magisterial thumbs.

A recent application of these broadly written canons involves Fr. Anthony Buś, beloved pastor of St. Stanislaus Kostka, and Chicago's Cdl. Blase Cupich who, as a 2019 poll shows, has been at odds with faithful Catholics for years. This transpired despite Fr. Buś' impeccable priesthood and his role in transforming a once-dying parish in Chicago's inner city into a thriving and truly Catholic community. Today, St. Stanislaus is renowned throughout the upper Midwest for being a U.S. sanctuary of divine mercy — one that offers both a reverent Novus Ordo Mass as well as the Traditional Latin Mass.

On Jan. 13, Fr. Buś wrote two letters from his heart, expressing his abject sadness for Cupich's actions greatly curtailing the Traditional Latin Mass in Chicago and forbidding priests to say the Novus Ordo Mass ad orientem (facing the High Altar, not the congregation). Father Buś issued these letters as a written response to the cardinal's introduction of a new protocol on Jan. 3 in his archdiocese that suppresses the celebration of the Traditional Latin Mass and restricts priests from offering the Novus Ordo Mass ad orientem.

In the aftermath of Fr. Buś' letters going viral (and worldwide disdain being registered for the cardinal's new protocol), Cupich, on Jan. 17, demanded Fr. Buś meet with him and with Chicago's auxiliary bishop, Robert Lombardo. In a Jan. 18 letter to his parishioners, Fr. Buś shared some of what played out during his meeting with Cupich and Bp. Lombardo. One outcome of this meeting was that Cdl. Cupich demanded Fr. Buś immediately take a 10-day retreat.

Furthermore, in the course of the meeting, Cupich threatened Fr. Buś with the possibility of invoking the above-mentioned canons (1369 and 1373).

But ironically, the canons (as cited by Fr. Buś in his letter to parishioners on the evening of Jan. 18) are no longer valid. These two canons were abrogated by the Holy See last December, and new versions entered into legal effect on Dec. 8.

News Report: Is the Cardinal Catholic?

These new canons, as promulgated, read:

Sadly, to Fr. Buś' detriment, the new versions of these canons are written more broadly than their precedents. Prelates may see the revised canons, which offer more latitude in their application, as easier to enforce against their clerics.

On May 25, 1968, the now-St. Paul VI addressed a large body of canon lawyers, in a special audience for them, as part of the Second International Congress of Canonists. In his exhortations to this august group, many of whom, at the time, were in the process of revamping the Church's Code of Canon Law after the council, he exhorted them to be specific and narrow in scope:

But the reform will take as its basis the existing legislation: It will eliminate whatever is superfluous or no longer operative, it will fill in lacunae to meet new needs, it will rearrange the whole body of laws more consistently and it will make the true and genuine nature of canon law (and of its function) more manifest and more readily recognizable.

Paul VI added, "Well then, to correct similar distortions, to dispel prejudices, to remove ambiguities and misunderstandings, the true nature of canon law and of ecclesiastical legislation must be made crystal clear."

In light of Paul VI's concerns to eliminate ambiguity, it appears the recent tweaks made to canons 1369 and 1373 made these two even more ambiguous. But why? With Cdl. Cupichs' citing of these two canons specifically in recent disciplinary proceedings against Fr. Buś, perhaps the ambiguity of these two canons facilitates their wielding by unscrupulous prelates.

With respect to canon 1373, what is really meant is, "A person who publicly incites hatred ... or who provokes disobedience." The revised canon could be misconstrued to say a whole boatload of things! The canon is written so vaguely as to be meaningless. And in Fr. Buś' case, how fair is it to punish him for supposedly breaching this canon based on his written pushback against Cupich's heavy-handed approach toward traditional liturgy?

Bear in mind that Cupich himself, since day one in Chicago, has incited the ire of Chicago's faithful. If Cupich were to bring a suit against Fr. Buś at the Holy See, how would the tribunal determine who, ultimately, is responsible for the ire of the faithful in Chicago or against the Church? Cupich has not been disdained by Chicago's Catholics for only a week, but for years now!

If you look closely at what's playing out in Chicago under its archbishop, it's demonstrable that the faithful are angry at Cupich himself (as has been noted by commentators for years). They are angry with Cupich for many things, including:

Now he's re-enkindled their anger by suppressing the Traditional Latin Mass. It seems rather ludicrous for Cupich to impose a canonical penalty of any sort against the city's much-beloved Fr. Buś for inciting "hatred," as the man that's already stirred up the animosity of Chicago's faithful for years is Cupich.

Is It Working? Is It Right?

Because of how ambiguously written canons 1369 and 1373 are, they would be hard, if not impossible, to enforce. Church Militant reached out to a U.S. canon law expert to see if he had any knowledge of these canons being used currently to prosecute clerics. And, to his knowledge, there is "a priest in Italy and a couple of new cases in the United States" in which clerics are being threatened with canonical penalties (the suspension of faculties, removal from their parish) for breach of these two canons.

Cupich has been disdained by Chicago's Catholics for years now.

One parishioner of St. Stanislaus stated how off base Cdl. Cupich is by threatening Fr. Buś:

I have known Fr. Anthony Buś for over 30 years, and he is a saint of a priest. He deeply loves his parishioners and wants to bring each and every last one of them to Heaven. As a good shepherd, Fr. Buś shepherds his flock with flying colors. His Holy Mass is extremely reverent and edifying. All feel the love of God as he celebrates Mass. The Holy Sacrifice of the Mass ad orientem visually captures what is truly going on — the priest, in persona Christi, in union with the Holy Spirit, offering himself to God the Father. It is truly beautiful — where Heaven touches earth at every Holy Mass.

With respect to Fr. Buś and the heat he has been taking from Cupich, in one sense it's laughable to think that Cupich would even think of prosecuting this well-loved Chicago priest for inciting the "hatred" of the faithful. But, tragically, as seen by other good Chicago priests (Fr. Frank Phillips and Fr. Paul Kalchik), Cupich's imposition of canonical penalties does not have to make sense or necessarily comport with logic. It appears more a matter of simply keeping lockstep with his totalitarian control of the archdiocese.

God forbid a mere peon priest should challenge his agenda. 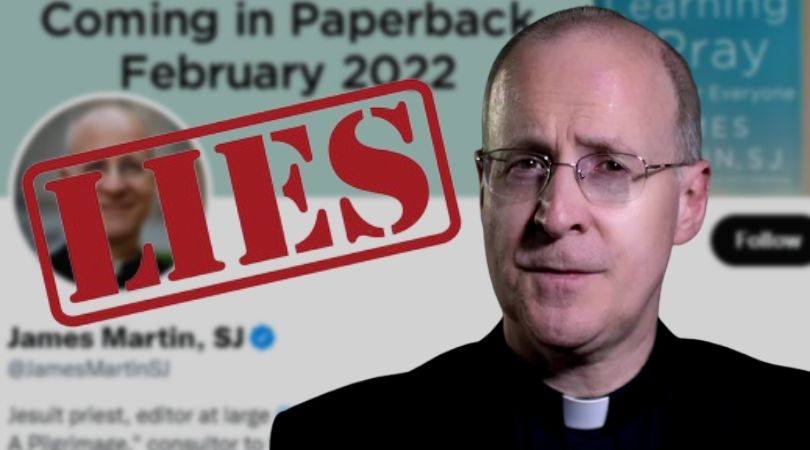