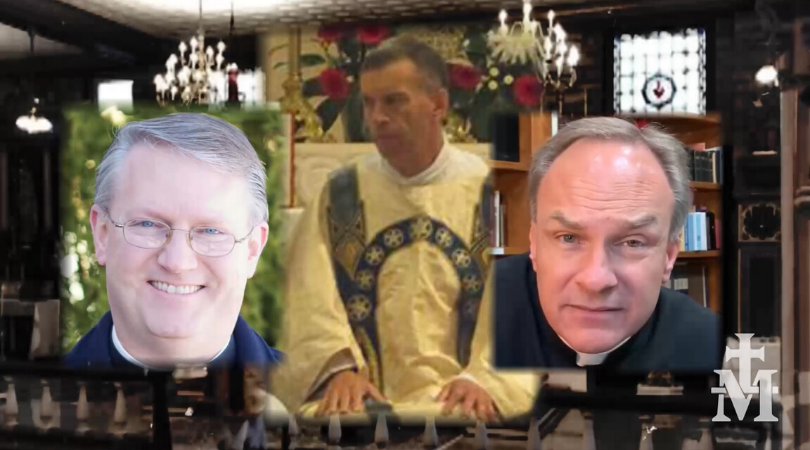 The disturbing case of Peter Palmeri

The case of Peter Palmeri is one of the most damning indictments against the Society of St. Pius X (SSPX), and reveals not only horrific abuse tolerated by the Society, but also evidence of cover-up by local police.

As revealed in Church Militant's Spotlight investigation exposing years of sex abuse and cover-up in the Society of St. Pius X (SSPX), longtime SSPX parishioner and employee Peter Palmeri was arrested and charged last year on two counts of rape, six counts of aggravated indecent liberties with a child and multiple charges of aggravated criminal sodomy and kidnapping. He cut a plea deal with the prosecutor, who agreed to drop several charges in exchange for his guilty plea, leading to a 10-year prison sentence. Palmeri is currently serving time for his crimes.

Palmeri was an employee at St. Mary's Academy, run by the SSPX, in the city of St. Marys, Kansas (the city leaves out the apostrophe in St. Marys, while the local SSPX chapel inserts the apostrophe). Saint Marys is the headquarters of Angelus Press, run by Editor-in-Chief James Vogel, communications director for the SSPX. An hour and a half away is the headquarters of the U.S. district of the SSPX, where U.S. District Superior Fr. Jurgen Wegner resides.

Three SSPX priests — Fr. Todd Angele, Fr. Herve de la Tour and Fr. Kenneth Novak — refused to help one of Palmeri's abuse victims, who was molested from age 8–15. Palmeri engaged in oral sex as well as sexual intercourse with her.

In fact, both Angele (pastor of Assumption Chapel at the time) and de la Tour told her and her then-fiancé Kyle White, who spoke with Church Militant, that it would be a "mortal sin" to report Palmeri, as it would ruin his reputation.

Novak met White under cover of night, agreeing that Palmeri was a predator who needed to be exposed, yet refusing to extend any help — this in spite of the fact that White had deep concerns Palmeri was abusing his other children (concerns that ultimately proved true).

White rejected their advice, going to local police — only for St. Marys Police to fail to launch an investigation.

"I'm one of the victims of his. The one from age 8–15. His OWN daughter and some of my sisters," she wrote.

"I was told by my dad and priests to keep quiet and forgive and forget," she explained. "Threatened and told it was my fault. For 7 years I endured this! No child should ever have to go through something like this!"

In spite of learning about Palmeri's abuse, Fr. Angele — pastor of Assumption Chapel at the time and involved in the running of St. Mary's Academy — allowed Palmeri to stay on as an employee working maintenance.

It was only after an SSPX parishioner scandalized by the priests' failure to act sent a letter to Fr. Nicholas Pfluger in Europe, First General Assistant to then-Superior General Bp. Bernard Fellay, demanding that Palmeri be removed as an employee that he was finally fired three weeks later.

Even so, Angele allowed Palmeri to continue to be an altar server at Mass. In fact, the two are longtime friends, both growing up together and attending St. Mary's Academy in Kansas.

A 2015 photo shores up Angele's close relationship to the Palmeri family. Three years after Angele was made aware of Palmeri's incest and pedophilia, he welcomed Peter Palmeri and two of Palmeri's brothers to serve as acolytes at his 25th anniversary ordination Mass.

In response to the facts revealed in our Spotlight, St. Marys Police Chief Derek Cid made a number of claims discounting responsibility.

"I have been Police Chief here since November 2018, so anything before that was outside of my control," he wrote in a letter published in response to our report. He also said some of the events referred to in our exposé fell "outside of the corporate limits of the city of St. Marys, Kansas, and not in our police jurisdiction."

Church Militant has since become aware of multiple pedophilia cases among SSPX parishioners.

He "strongly disagree[d]" that "there has been any negligence in our investigations or mishandling of any criminal cases" under his tenure. Cid went on to claim Church Militant "inaccurately" portrayed the St. Marys Police Department.

Church Militant followed up by asking probing questions written by a current staff member and former Texas sheriff's deputy, including whether Cid is affiliated in any way with the SSPX, and whether he's held other positions at the police department before becoming police chief.

After several days, Cid has yet to respond to a single query.

Disturbingly, Church Militant has since become aware of multiple pedophilia cases among SSPX parishioners in St. Marys, including the following:

The rate of incest in St. Marys is more than double the national rate. Out of 551 families in the SSPX chapel, as many as 50 families have reported incest (~10%). Compare that to national statistics, which show around 2-4% of victims report incest (although it's widely accepted that this crime is underreported).

Other allegations from sources in St. Marys as well as around the world are revealing a pattern not only of pedophilia and incest in tight-knit SSPX communities, but also of clergy looking the other way and even protecting the abusers. Church Militant continues to investigate these cases and will report on them as more information unfolds.

I appreciate your taking the time to respond. However, my call was in reference to the press release itself, and not on getting the press release. To that end, please respond to the following questions.

1) Your press release references an unnamed online media article. Are you referring to Saint Michael's Media/Church Militant and the article SSPX: 'Sympathetic to Perverts'?

2) I understand size and location affects technology and reporting from office to office in law enforcement (I, for example, am most familiar with Spillman). With that understanding, how does administration track police reports in your department? Do you record audio? Do your officers take notes? Do you have case numbers for every caller? How do people search for their case number?

3) Victims have reported to St. Michael's Media that their case was reported to the city police department. Since your press release denies having "botched" investigations, can you provide the reports stating you advised the victims that you re-directed them to the Sheriff's office?

4) Is it your department's policy to not do a report at all for a victim who calls, if it takes place outside your city jurisdiction?

5) In some cities and counties, there are sometimes overlap where city cops will take an investigation outside of their city limits and deputies will investigate inside of a city if they are the closest or most available unit. Is it your department's policy to do this or not do this?

6) You state that there is a concern for the perception of your department as involved in cover-ups. Are you accusing St. Michael's Media of libel?

7) In order to have the correct public record, are you willing to cooperate with follow-up questions to achieve transparency?

8) Are you aware that your press release has the potential to be used by the abusers of the victims who came forward to try and discredit the victims as liars?

9) Are you willing to correct your public press release to say that you do not accuse Saint Michael's Media of libel, and your press release should not be taken to mean that the citizens, who have been victimized, in your jurisdiction are liars?

10) It is understandable that someone who came into their position as Chief of Police in 2018 may or may not be responsible for negligence prior to their assuming office. Is your role as Chief of Police the first position you have held in the Saint Marys Police Department? How many years of experience have you had as a police officer, Sergeant, Specialist, Detective, or any other category within Saint Marys Police Department, or the surrounding cities and/or counties?

11) Are you elected to your position or appointed? If appointed, whom by? If you are unwilling to, as your statement says, "be fair, impartial, and transparent." Who is your superior in the civil government who I may direct my questions to?

12) Are you now, or have you ever been, in any way, an affiliate of the SSPX?

Thank you for your time and willingness to aid in the proper reporting and investigation of criminal sexual assault and cover-up. Your statement gives the impression that your department holds itself to the highest standards of policing, and I look forward to working with you to ensure that government transparency is maintained for the sake of the citizens under your care. Please respond to this email no later than 1300 hours, Eastern Standard Time, on 04/29/2020. You are also welcome to call our office number and request myself, [employee name]. 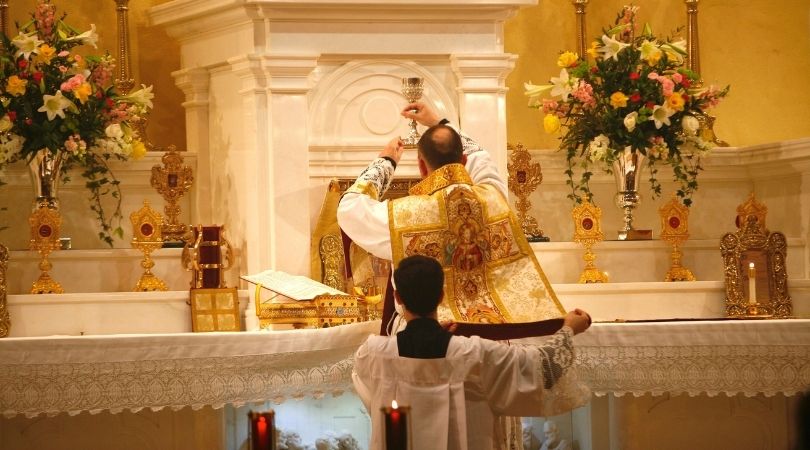 SSPX and LifeSiteNews: A Study in Corruption and Propaganda
By Church Militant   •   0

Watch
Criminal Negligence by the SSPX
By Christine Niles   •   0