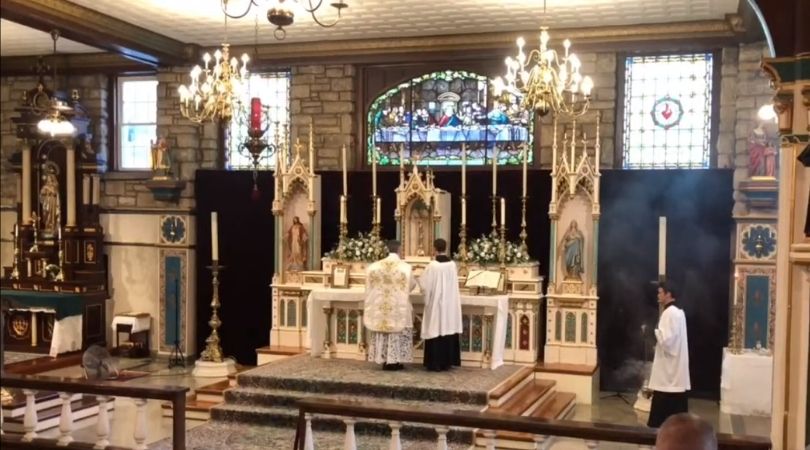 ST. MARYS, Kansas (ChurchMilitant.com) - The Society of St. Pius X (SSPX) is discouraging its members from speaking privately to investigators, even as a criminal investigation into sex abuse cover-up is underway.

In a recent letter authored by U.S. District bursar Fr. Scott Gardner obtained by Church Militant, the priest warns the St. Marys, Kansas community against speaking with the Kansas Bureau of Investigation (KBI) without a lawyer present.

The KBI has been investigating the SSPX, along with all Catholic dioceses in Kansas, for at least a year as part of its criminal probe into clergy sex abuse and cover-up.

"If approached, decline to speak to them without an attorney present," Gardner insists, going on to offer his email as well as that of SSPX attorney Dan Lane. "If you have already spoken to law enforcement, please let us know right away."

Gardner accuses the KBI of speaking with priests, staff and employees of St. Marys "without our legal staff being present," claiming that investigators "have already ignored this warning."

"The KBI is investigating allegations of criminal conduct made against the SSPX," said KBI spokeswoman Melissa Underwood in a statement to Church Militant. "As such, our agents are permitted to question any individuals who we believe may have information related to this criminal investigation."

"We encourage anyone who has information related to these sexual abuse allegations to come forward," she added. "We can be reached at 1-800-KS-CRIME, or by emailing: ClergyAbuse@kbi.ks.gov."

There is no legal requirement for state investigators to inform attorneys when questioning witnesses. Witnesses are free to speak with law enforcement with or without lawyers present, and thus critics see the letter as further evidence of the SSPX's heavyhanded tactics to control and direct the investigation, and prevent witnesses from offering potentially incriminating information.

"[Y]ou are always entitled to have legal representation at any interview, and all Priests, staff, and employees must insist on this if contacted," Gardner orders.

The letter effectively bans witnesses from speaking privately with law enforcement, and prevents them from sharing incriminating information with investigators. Requiring that an SSPX attorney be present necessarily avoids the possibility of witnesses from sharing confidential information that could expose knowledge of abuse or cover-up, as the SSPX attorney exists not to protect witnesses' rights, but rather to protect the SSPX.

The tenor of the letter stands in stark contrast to the SSPX's promises of "transparency" and "accountability" stated on its website, and instead appears as an attempt to clamp down on communications with the KBI.

Several SSPX priests are currently under criminal investigation in Kansas, including Fr. Ramon Angles, former chaplain at St. Marys, alleged to have raped Michael Gonzalez when he was an adolescent. Gonzalez left written letters naming Angles as his abuser, and also told multiple family members, five of whom have spoken with the KBI. Gonzalez committed suicide in 2000.

In spite of the grave abuse allegations, the SSPX is not conducting its own investigation of Angles, who remains the top canonical advisor to the Society and has even crafted the SSPX's child protection policy. He resides in the palatial Villa Grifoni Sant'Angelo in Castel Gabbiano, Cremona, Italy.

Father Pierre Duverger, a priest formerly assigned in Kansas City, Missouri who is now principal of a school in Sanford, Florida, is also under criminal investigation. Several young women have leveled accusations of sexual assault and misconduct against Duverger.

While not a victim of abuse, Jassy Jacas was the first whistleblower to step forward and expose SSPX abuse cover-up. She reported Duverger's grooming behavior in 2018, and was assured by Fr. Jurgen Wegner, U.S. district superior, that severe restrictions had been placed on Duverger, including banning him from hearing women's confessions or conducting retreats or pilgrimages with women.

This claim turned out to be false, after Jacas saw a poster at an SSPX parish advertising a pilgrimage led by Duverger for men and women, with women making up around 50% of retreatants.

Wegner also admitted to Jacas that the SSPX never conducted an investigation into her allegations or those brought by other alleged victims, in spite of having known about them for years.

In fact, at least one SSPX priest admitted in writing that they had been made aware of allegations against Fr. Duverger going back more than a decade.

We know of several victims already.

Shortly after Church Militant's April 22 Spotlight breaking the news of the KBI's investigation of the SSPX, the website for St. Thomas More Priory in Florida released a statement falsely claiming Duverger was not under investigation, and also falsely claiming he had been completely exonerated by the SSPX of all wrongdoing.

After Church Militant reported on the falsehoods contained in the statement, the statement vanished from the website — although local sources confirm Fr. Marc Vernoy, prior at the chapel, continued to distribute hard copies of the statement to the SSPX community.

Jacas confirmed that approximately eight priests are under criminal investigation by the KBI.

It has come to our attention that certain law enforcement officers may be in and around St. Marys, conducting interviews regarding an investigation of Priests, staff, and employees of St Marys and/or the District. In particular, KBI has already been warned that they are NOT to contact any Priest, staff, or employee without our legal staff being present. They have already ignored this warning, and it is likely that they will continue to do so until they are sanctioned by the courts.

We remind you of your Constitutional rights concerning any interview conducted by law enforcement. You are not required to speak to them just because they ask you to or make veiled threats against you or tell you that, if you have nothing to hide, you have nothing to fear. Further, you are always entitled to have legal representation at any interview, and all Priests, staff, and employees must insist on this if contacted.

You will be provided with legal representation by SSPX. If approached, decline to speak to them without an attorney present, email me [email redacted] and call our legal counsel Dan Lane at [number redacted]. If you have already spoken to law enforcement, please let us know right away.

Thank you for your cooperation in this serious matter.

8/5/2020: This article was updated to include comments from the KBI. 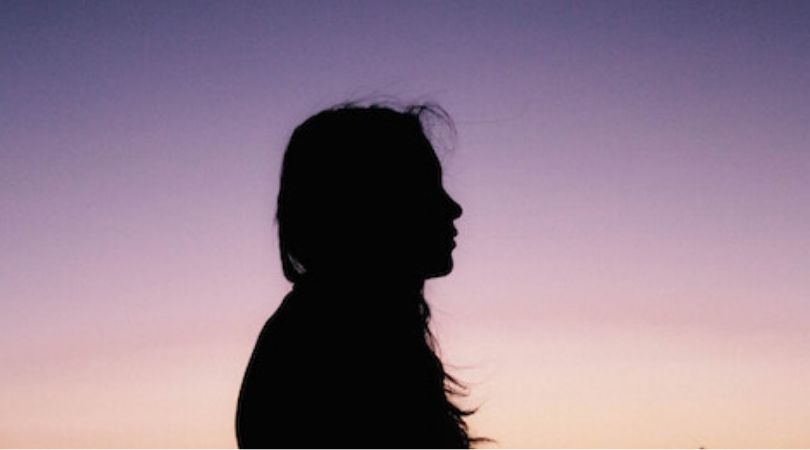 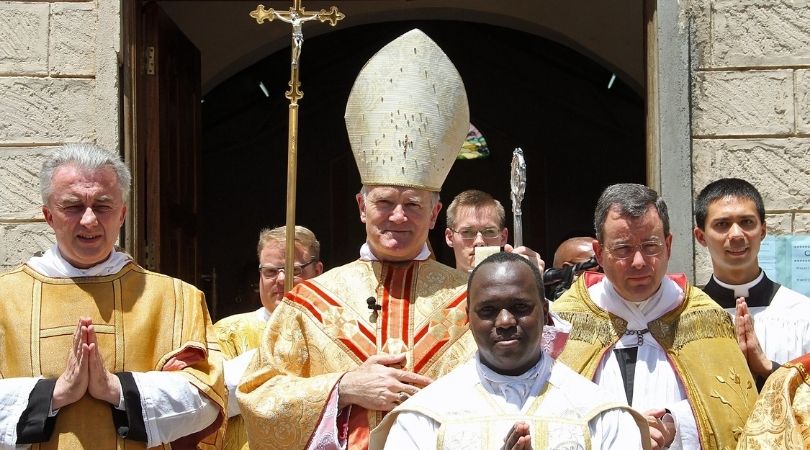 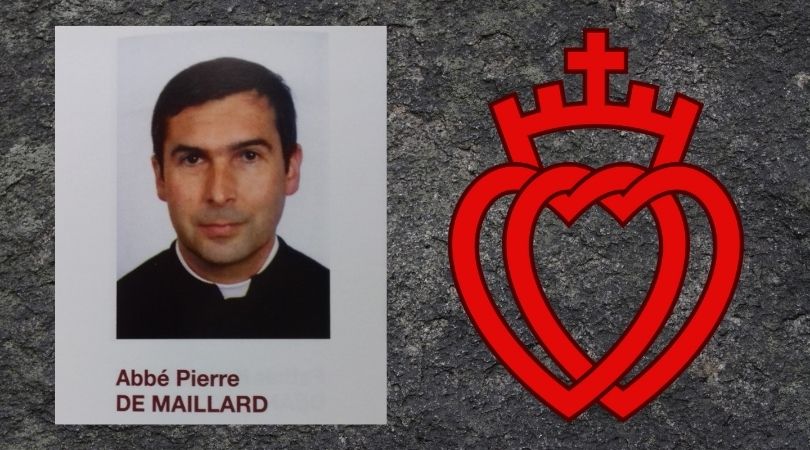