State Backs Down as Bishops Stand Up 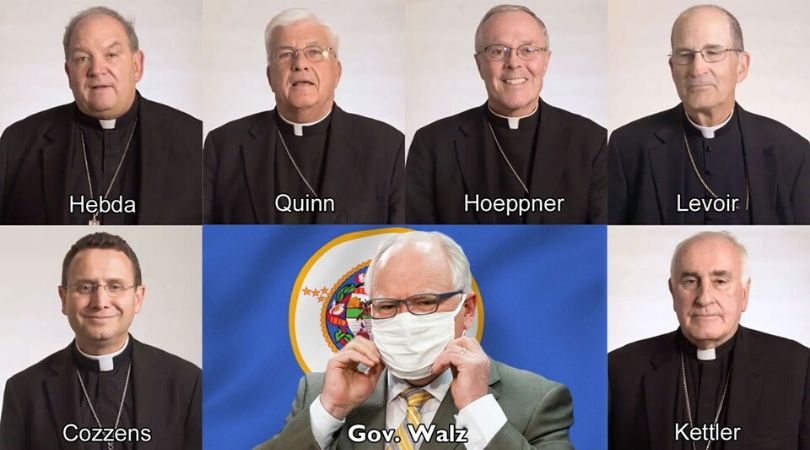 Walz's decision was in response to a May 20 open letter from the Minnesota Catholic Conference, signed by the state's five bishops and one diocesan administrator (for Duluth). In it, the bishops maintained the governor's reopening guidelines were unfairly restrictive toward religious services, as businesses and other entities within the state were being allowed to reopen with new safety precautions in order to guard against the Wuhan virus.

In response to Walz's decision, Abp. Bernard Hebda of Saint Paul-Minneapolis said he welcomes the governor's new executive order. In a May 23 letter addressed to the members of his archdiocese, Hebda thanked Walz and his team for their willingness to dialogue and arrive at a solution that respects both public safety and freedom of religion.

"As you know," Hebda said in his letter, "the Catholic bishops of Minnesota believe that the previous limitation on faith-based gatherings to ten people unreasonably burdened the Church's ability to fully meet the sacramental needs of our faithful."

"As allowances were made for other, less essential activities, it seemed to many that the life of faith was receiving unequal treatment," he continued. "The new executive order removes that unreasonable burden on the Church and allows us to bring the Eucharist, the food of everlasting life, to our community."

Governor Walz's earlier order allowed retail businesses to immediately revive and restaurants and bars to reopen gradually; but it limited religious services to 10 people or fewer, with no timeline for loosening or altering these restrictions.

In response, the bishops issued their May 20 letter, declaring that they would allow parishes to resume public Masses at one-third of church capacity, beginning Monday, May 26, in defiance of the statewide order. The bishops believed the governor's order was unjust and defied reason, since significantly greater numbers of people were permitted to enter stores and shopping malls. They said Masses could be resumed in a way that adhered to health and safety standards.

The bishops believed the governor's order was unjust and defied reason, since significantly greater numbers of people were permitted to enter stores and shopping malls.

As a compromise the new protocols initiated by the bishops include limiting attendance to 25% of church capacity, or 250 people, whichever is lower, instead of the one-third capacity the bishops had initially proposed. "Even with these revisions, we hope that parishes already planning to come together on Sunday, May 31, for the celebration of Pentecost and the conclusion of the Easter season, should still be able to do that," Hebda said.

"The bishops of Minnesota have repeatedly told our pastors and parishes that they should only return to public Mass when they are able and willing to follow the many protocols that have been put in place," he said, "including sanitization and a few changes to the liturgy, particularly regarding the reception of Holy Communion [in the hand]. If a parish is not confident they are ready, they should not open. Period." Other changes to the liturgy in Minnesota will include a suspension of the Sign of Peace and the use of hand sanitizer by Eucharistic ministers before the distribution of Communion.

"Governor Walz is to be commended for seeing the light," Hebda added. "Minnesota is setting an example by recognizing the importance of giving equal treatment to churches and other houses of worship, and that worship services can be conducted safely, cooperatively, and responsibly."

President Donald Trump last week called for churches to reopen for public worship around the country. Not long after, a group of seven Catholic medical doctors released a document titled, "Road Map to Re-Opening our Catholic Churches Safely." In it the doctors argued the sacraments are essential for Catholics and said that "churches can operate as safely as other essential services," as long as care is taken to form and follow certain protocols.

Focusing mainly on the Eucharist, the doctors said, "The moment where you take the host, that presented really a special challenge ... This was discussed at length, so that we all had a consensus on what would be safest practices for that particular moment." 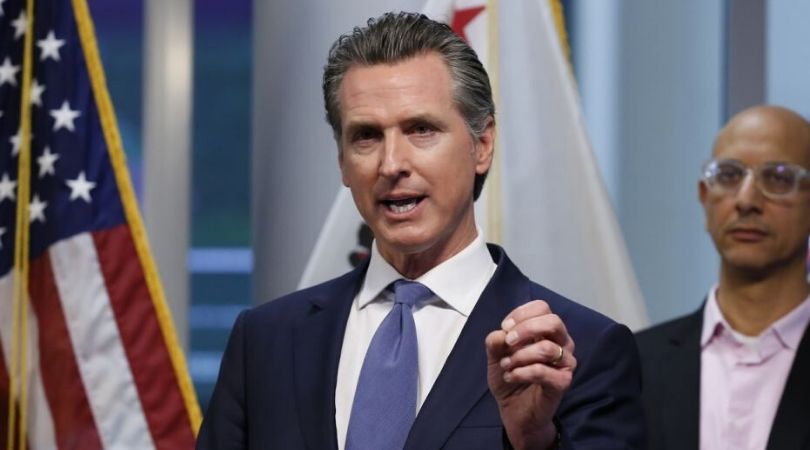