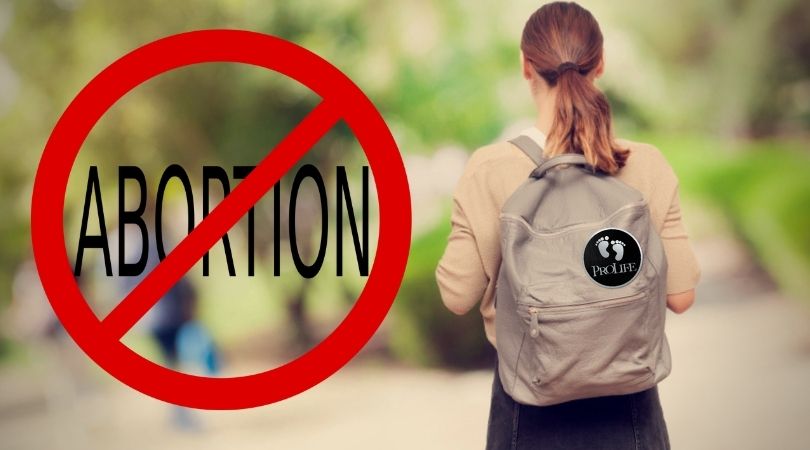 WASHINGTON (ChurchMilitant.com) - Republican congressmen are pushing bills that would defund any college providing abortion on campus.

Senator Steve Daines, R-Mont., on Wednesday introduced a bill called the Protecting Life on College Campus Act of 2021. The bill would remove federal funds for any public college allowing abortions or abortion-inducing drugs on its campus. The same day, Rep. Chip Roy, R-Tex., filed a similar bill in the House of Representatives.

The move comes in response to a California bill signed into law by Gov. Gavin Newsom in 2019 — and taking effect in 2023 — that will require more than 30 public state universities to begin offering chemical abortions at student health clinics on campus. Newsom's law also grants $200,000 to each college health clinic to pay for the abortion-inducing drugs.

Federal student aid, grants and government contracts are the conduits by which money flows from the federal government to public colleges.

Removing federal funding from public universities could inflict a noticeable dent in some college budgets. One California public university — the University of California, Berkeley — will spend $3 billion in 2021 with 14% of its 2020 income coming from federal contracts and grants. Assuming the university operates on a balanced budget, a 14% loss of $3 billion of income would mean a loss of $420 million.

But public universities aren't the only institutions of higher learning leveraged to murder unborn babies.

Earlier this year, Students for Life of America (SFLA) released an exposé detailing Planned Parenthood's (PP's) presence on some 100 "Christian" and "Catholic" colleges. Per its website, SFLA researched roughly 700 private schools. It discovered active ties between these Christian colleges and PP.

After these discoveries, SFLA contacted the compromised universities, giving them a chance to sever ties with PP. Some schools did cut ties. SFLA documented these pro-life victories on a map it created.

Abortionists will still use proximity to college campuses to make a handsome financial profit.

Other institutions, also listed on the map, seemingly continued cooperating with PP after failing to respond to SFLA's request to abandon relationships with PP. Included among the pro-death schools were four "Catholic" colleges:

Whether or not baby-killers are welcomed onto the campuses of public or private colleges, abortionists still use proximity to college campuses to drive profits. In 2010, for instance, PP built a six-story mega-clinic within walking distance of the University of Houston. Last fall, enrollment at the university numbered 47,000 students with 24,000 being women. Roughly 80% of the student population is local.

With a Democrat-controlled House of Representatives, a tie-breaking Democrat Senate, and a Democrat seated in the White House, it's highly unlikely either of the republicans' bills will become law. But the initiative by SFLA earlier this year demonstrates how thoughtful activism oftentimes outperforms proposed federal legislation.