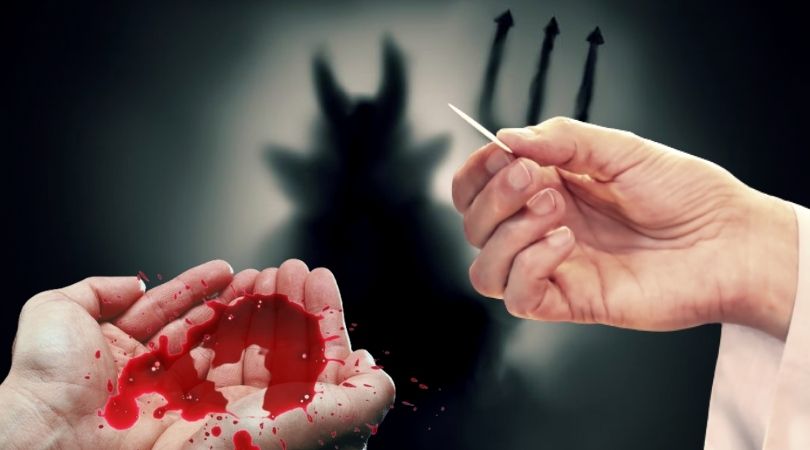 Read Part I of this series.

A pope is demonstrably not infallible in every off-the-cuff remark he makes, contrary to the assertions of the many proponents of clericalism. Many popes in the past have erred in their pastoral initiatives — beginning with St. Peter, who as recorded in chapter two of Galatians was publicly resisted to his face by good old St. Paul.

The belief that everything the top man in your church says is infallible may be good for the Mormons in their religion, but it's not a belief held by Roman Catholics. The teaching of the Catholic Church on pontifical infallibility is clearly explained in the document Pastor Aeternus of the First Vatican Council.

And yes, Vatican I was an infallible council, even though it is widely ignored.

The teaching of the Church on giving Holy Communion to pro-abortion politicians is that it's a sacrilege, the gravest of sins. It's also a sin that cries out to Heaven for vengeance because it sacrilegiously green-lights abortion, which is murder, period. This is the language of Christ in the gospel: "Let your yes be yes and your no be no; For whatever is more than these is from the evil one" (Matthew 5:37).

Learn to think, speak and act according to the principles of simplicity and evangelical clarity: "Yes, yes, no, no." Learn to call white white, and black black — evil is evil, good is good. Learn to call sin sin, and don't call it liberation and progress, even if all fashion and propaganda were against it.

This exhortation is deemed anathema today.

The current pontificate, unfortunately, is marked by ambiguity. Its continuous lack of clarity has created much confusion among many of the faithful on crucial doctrinal matters (such as the dubia about giving Holy Communion to people who live in adultery, the secret pact with the communist government of China and the friendly conversation with the homosexual herald James Martin, to name a few).

The word "abortion" has become so user-friendly today that many Catholics use it lightly, ignoring — or pretending to ignore — the widespread murder of innocent human lives before birth.

And there are bishops and priests (supposedly "Catholic") who candidly agree with the diminution of the sin, partaking in the abhorrent sacrilege of giving Holy Communion to pro-murder politicians. Many others, meanwhile, remain silent, deaf and blind to this betrayal of the Faith, a betrayal that endangers the salvation of countless souls whom Jesus entrusted to their care.

The so-called dialogue among bishops to decide on the policy of whether to give Communion to those pro-murder individuals is a complete sham, a deceitful strategy to gain time or postpone the decision in order not to exercise their teaching authority and tell the people the whole truth for salvation!

Will those bishops also "dialogue" about giving Holy Communion to people who may call themselves "Catholic" but are drug dealers, corrupting our youth, killing and/or making them useless addicts?

Will those bishops also "dialogue" about giving Holy Communion to sodomites and other perverts who may call themselves "Catholic" but who publicly pervert the natural law, the divine law and also Church law, confirming them in another sin that cries out to Heaven for vengeance?

If Kamala Harris has her way and manages to legalize prostitution in America, will those same bishops also "dialogue" about giving Communion to the brothel-keepers who traffic young women from Latin America to staff the new "legal" brothels that would be founded, provided they claim to be Catholic?

Murder is murder, and sacrilege is sacrilege — period!

If "Catholic" Democrats, following their party's ancient tradition from the days of slavery, choose to buy and sell Black slaves from their friendly Muslim slave-drivers in North Africa, will those bishops "dialogue" about giving them Holy Communion?

Will those bishops "dialogue" with White supremacists who are die-hard Democrats, and who may conveniently call themselves Catholic in spite of their visceral anti-Catholic racism?

I suppose not or hope not.

But the murder of innocent babies is immensely worse than all those structural evils! Have those bishops and priests never read about it in the Bible or in the Catholic Catechism that Pope John Paul II published in 1992?

Why, pray tell, should there be any "dialogue" or discussion about this matter? It has been settled for 2,000 years! Murder is murder, and sacrilege is sacrilege — period!

You, senseless politicians, and you, senseless bishops and priests — the voice of your brothers' blood cries to God from the earth! (Genesis 4:10). No one can take the life of an innocent person without being guilty of murder, from Abel to any unborn child today. Our Lord Jesus Christ said it clearly: "It were better for him that a millstone were hanged about his neck, and he cast into the sea, then that he should offend one of these little ones" (Luke 17:2).

If the death penalty by drowning, according to Jesus, would be better to him who offends the little ones; what would He say to those who slaughter the little ones and sell their body parts — and still want to receive Holy Communion?

More importantly, what would Jesus say to the bishops and priests who ignore natural law, Holy Scripture and Church law by giving Holy Communion to those fake Catholics? They are actually showing that they hate those politicians by maintaining them in a constant state of grave sin and keeping the gates of Heaven closed to them!

I, for one, believe that Jesus Our Lord would be consistent and say as He said to the temple authorities in the Gospel:

Raymond de Souza is Brazilian by birth, Catholic by grace and American by choice. He is a knight of the Equestrian Order of the Holy Sepulcher of Jerusalem, , and a fourth degree Knight of Columbus. Raymond puts logic at the service of the Faith to "re-evangelize the baptized" (John Paul II), blending it with wit, Scripture and history in a unique and riveting style. He has given in person, on radio and television more than 2,500 talks on apologetics and pro-life issues. He has also assisted religious education programs in dioceses, parishes, schools and lay organizations in 38 countries of the six continents in four languages (English, Spanish, French and Portuguese, plus some Italian and Afrikaans). He writes weekly articles for the oldest national Catholic paper, The Wanderer. He is the delegate for International Missions for Human Life International, the largest Catholic pro-life and pro-family association in the world, having affiliates in over 100 countries.
--- Campaign 27425 --- 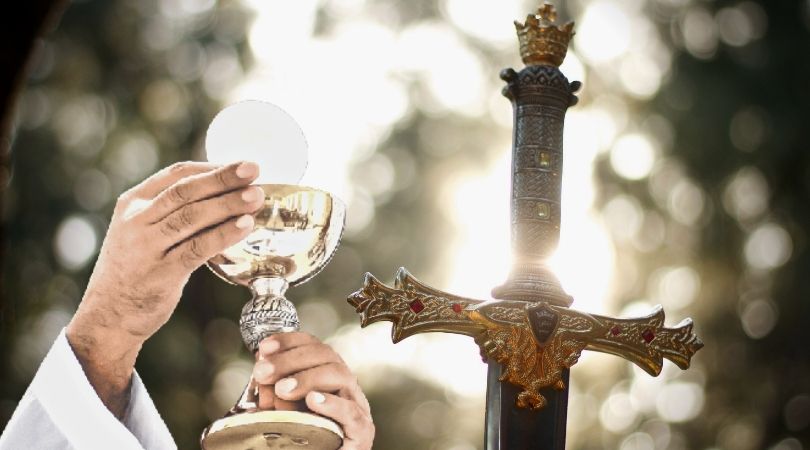