Suffering for Being a Conservative? 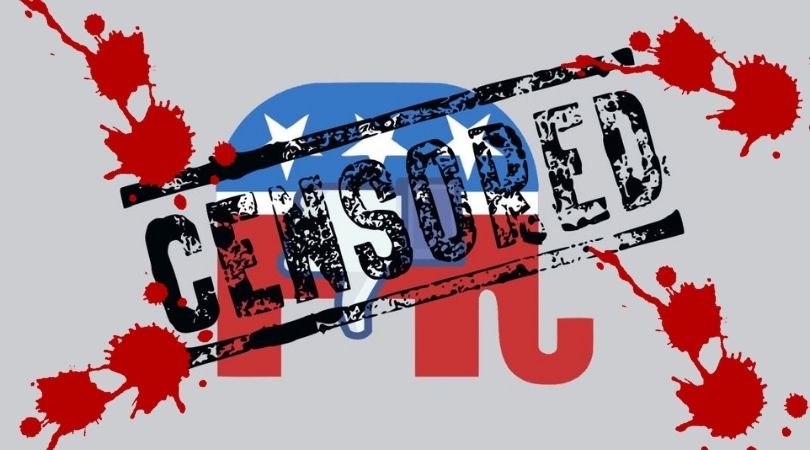 We are living a modern-day David and Goliath story. A formidable Goliath controls the narrative through Big Tech giants, the mainstream propagandist media and the elite political class. They have the power to brand us according to how they want everyone else to see us; they have made being a Trump supporter and a conservative synonymous with being a racist.

How does one respond to such overwhelming accusations?

I don’t know about you, but I don’t want to be persecuted for being a Trump supporter or a conservative. What is a “conservative” anyway? In an age of sound bites and shallow thinking, the terms “liberal'” and “conservative” have lost their meanings, becoming nothing more than talking point fodder. Are we talking about classical Edmund Burke conservativism or modern conservatism, which is really classic liberalism?

If persecution is coming, then I want to be persecuted for being a Christian.

The Left has successfully linked being a Trump supporter and a conservative to being a racist. Once they brand someone a racist, it’s all over. The Romans of the first century did the same thing with the Christians, ironically labeling them as “atheists” because they would not sacrifice to the State gods. Thus, they became enemies of the State. In the same way, conservatives and Trump supporters, as “racists,” are enemies of society and the State.

It’s Not About Conservatism

It seems that they are really directing their animus toward Christians. We are the true target. For some reason, though, the Left does not want to come out and make this a Christian vs. non-Christian struggle or even a Marxist vs. Christian struggle. Instead, they make it about Trump or conservatism. Why is this? Are they afraid of something or just being strategic? Or are they unaware of what the real struggle is about? What do you think?

We may not have the power that the media have, but we can take a lesson from the first-century Christians. They refused to allow the Roman State to define them by their narrative. Rather than accept that designation as atheists, they testified to the Lordship of Jesus Christ. They defined themselves as Christians.

The same thing was true with Jesus. He never allowed them to define Him by the controversies of the day. Paying taxes to the Romans was, to say the least, a controversial and sore subject among the Jews. Many of them opposed the practice because they did not recognize the Romans as a legitimate authority. When they asked Jesus if it was right to pay taxes to Caesar, they were laying a trap for Him. But He answered them in a way that revealed the truth of God without getting entangled in their worldly controversies.

Persecuted for Being a Christian

In the same way, we must not allow them to entangle us in controversies involving being a “Trump supporter” or “conservative.” At this point in time, these are just well-laid traps in order to label us as racists.

Rather, we need to take control and redirect the narrative in order to point people to Christ and identify ourselves as His followers. If persecution is coming, we should be persecuted for the noblest reason of all, which is that of being a Christian.

This is the way that we can most truly love our enemies as the Bible commands. Do we really want to convert people over to Trumpism or conservatism? Or do we want to convert people to Jesus Christ? Many Romans converted to the Faith after taking part in the Christian persecution of that day; they witnessed the joy and resolution of the persecuted despite their circumstances.

In our present distress, it is imperative to not allow our enemies to dominate the narrative and to define us according to their talking points. Of course, we cannot prevent them from labeling and slandering us in the media.

But, we can, individually and through Christian media, redirect the narrative away from conservatism and put the focus on Whom it belongs — Jesus Christ. And in suffering for Him, maybe we can even convert a few of our enemies in the process.

If they revile you for the name of Christ, you are blessed, because the spirit of glory, which is the Spirit of God, is resting on you. But let none of you suffer as a murderer, a thief, a criminal, or even as a mischief maker. Yet if any of you suffers as a Christian, do not consider it a disgrace, but glorify God because you bear this name. For the time has come for judgment to begin with the household of God; if it begins with us, what will be the end for those who do not obey the gospel of God?“ (1 Peter 4)

Ron Gaudio is a practicing eye doctor and part-time blogger. His blog, found at socratesjourney.org, explores the relationship between theology and philosophy in light of current events.
--- Campaign 32075 ---