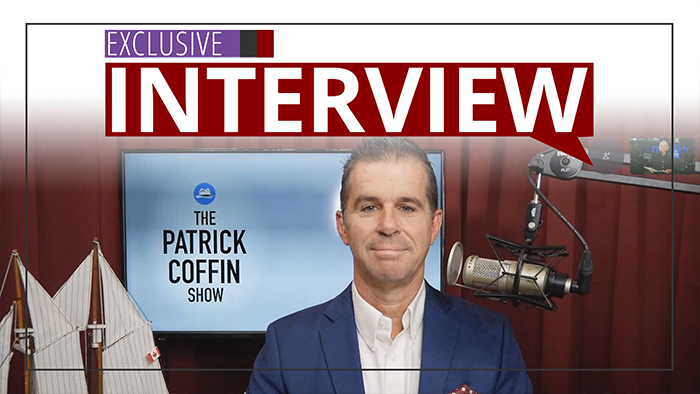 LAKE FOREST, Calif. (ChurchMilitant.com) - China virus experts from around the world will be gathering virtually to provide an alternative perspective to mainstream media reports.

Veteran Catholic broadcaster Patrick Coffin has summoned a group of medical doctors, military experts, clergy, artists and political analysts to discuss the facts related to the China virus. Titled "Truth Over Fear," the summit will be held online Oct. 30–31.

In an exclusive interview with Church Militant, Coffin explained why he puts the China virus atop the list of things Catholics should be battling.

"The CCP [Chinese Communist Party] virus is now no longer about the virus but about governmental power grabs," Coffin commented. "This [virus] that goes after ... elderly people with pre-existing conditions, people with diabetes, people with asthma, heart conditions and so on — people whose immune systems have already been compromised ... this has been parlayed into a massive panicdemic really."

The pandemic is a combination of propaganda and politics.

"They [global forces] are already planning this dark winter, a second go-round ... some bishops in the United States have now shut down public Masses again," he pointed out.

Coffin's panel of more than 20 experts from seven countries will provide an alternative set of information unavailable anywhere else.

"These people have nothing to gain and everything to lose in terms of their reputations being trashed on social media," Coffin remarked.

Panelists will be addressing an overlooked angle of the pandemic — the people who did not receive timely treatment to serious illness because of overreaction to the China virus.

The spike in suicides will be addressed by Catholic psychiatrist Dr. Aaron Kheriaty.

Reiner Fuellmich, a trial lawyer and member of the German Corona Investigative Committee, will be discussing the possibility of international class action lawsuits.

One Angle, One Point of View

According to Coffin, the pandemic is a combination of propaganda and politics. One of the panelists calls the phenomenon "viral entrancement."

"We are being force-fed one angle, one point of view day and night," Coffin warns. "The oligarchs are going to keep squeezing this lemon for as long as people don't revolt."