Writing for the majority, Justice Clarence Thomas, a faithful Catholic, affirmed that the Reproductive Freedom, Accountability, Comprehensive Care and Transparency (FACT) Act "unduly burdens protected speech," warning of "dangers associated with content-based regulations of speech," including "the inherent risk that the Government seeks not to advance a legitimate regulatory goal, but to suppress unpopular ideas or information."

California has public programs that provide immediate free or low-cost access to comprehensive family planning services (including all FDA-approved methods of contraception), prenatal care and abortion for eligible women. To determine whether you qualify, contact the county social services office at [telephone number].

Failure to post the disclaimer results in a $500 penalty for the first violation and $1,000 for each subsequent violation.

Unanimously supported by Democrats in the California Assembly, the Reproductive FACT Act was co-sponsored by then-Attorney General Kamala Harris, whose 100 percent pro-abortion history has earned her multiple endorsements from groups like the National Abortion Rights Action League. Harris now represents California in the U.S. Senate and is being suggested as a strong contender for the 2020 Democratic presidential ticket.

The Reproductive FACT Act sparked lawsuits from the outset. Claiming the measure violated rights to free speech and free exercise of religion, the National Institute of Family and Life Advocates (NIFLA) petitioned the 9th Circuit Court of Appeals to prevent its enforcement.

No one should be forced by the government to express a message that violates their convictions, especially on deeply divisive subjects such as abortion.

Though similar laws have been struck down in other jurisdictions, the 9th Circuit rejected NIFLA's arguments, ruling that California could legally regulate "professional free speech."

Writing for the majority, Justice Thomas declared Tuesday that "neither California nor the Ninth Circuit has identified a persuasive reason for treating professional speech as a unique category that is exempt from ordinary First Amendment principles."

"California has offered no justification that the notice plausibly furthers," he added. "It targets speakers, not speech, and imposes an unduly burdensome disclosure requirement that will chill their protected speech. Taking all these circumstances together, we conclude that the unlicensed notice is unjustified and unduly burdensome."

It does appear that viewpoint discrimination is inherent in the design and structure of this Act. This law is a paradigmatic example of the serious threat presented when government seeks to impose its own message in the place of individual speech, thought and expression. For here the State requires primarily pro-life pregnancy centers to promote the State's own preferred message advertising abortions. This compels individuals to contradict their most deeply held beliefs, beliefs grounded in basic philosophical, ethical or religious precepts, or all of these. And the history of the Act's passage and its underinclusive application suggest a real possibility that these individuals were targeted because of their beliefs.

Pro-life advocates across the country are celebrating the court's decision — chief among them is the Alliance Defending Freedom, counsel for the plaintiff.

In a statement issued immediately after the ruling, ADF President Michael Farris hailed the decision, declaring: "No one should be forced by the government to express a message that violates their convictions, especially on deeply divisive subjects such as abortion."

"In this case, the government used its power to force pro-life pregnancy centers to provide free advertising for abortion," Farris continued. "The Supreme Court said that the government can't do that and that it must respect pro-life beliefs."

"Tolerance and respect for good-faith differences of opinion are essential in a diverse society like ours," he added. "They enable us to peacefully coexist with one another. If we want to have freedom for ourselves, we have to extend it to others."

"We have been confident all along that we would have victory in this case. Forcing pregnancy centers — that exist to prevent abortions — to advertise for abortion is like requiring Alcoholics Anonymous meetings to advertise for the liquor store down the street," he said. "It's an insidious effort to make sure choice is eliminated and abortion is the only option."

"The Supreme Court acted in the best interest of all Americans today," Fr. Pavone added. "Perhaps laws like the one at the center of this case will fall out of favor in the pro-abortion camp because of the Court's stance today."

National Institute of Family and Life Advocates v. Becerra is seen as undermining laws similar to the Reproductive FACT Act, including measures in Hawaii and Illinois that compel CPCs to advertise abortion services.

Elections Have Consequences
By Stephen Wynne   •   0 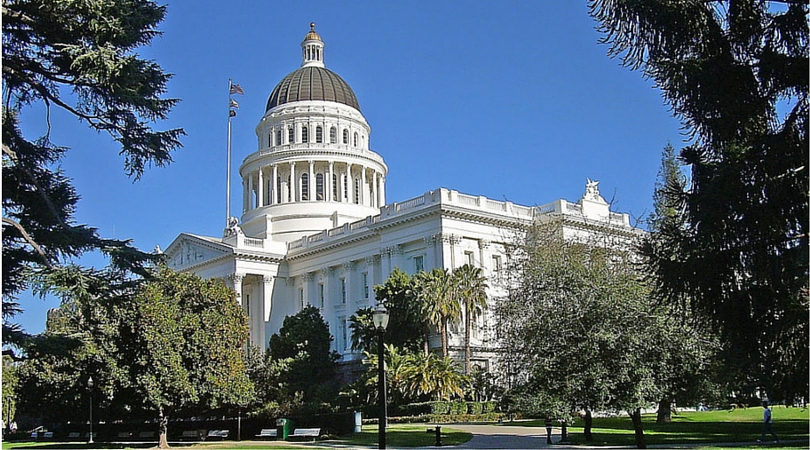