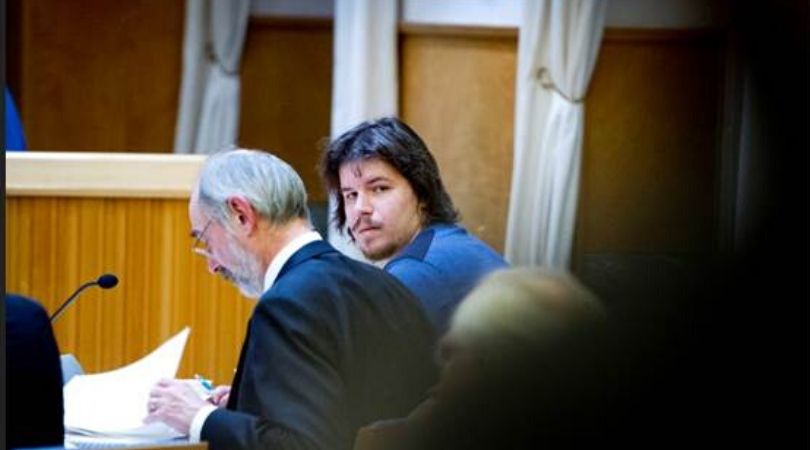 ÖREBRO, Sweden (ChurchMilitant.com) - Sweden is facing its first case of a dangerous male prisoner transitioning to the female sex being moved to a women's prison.

Kristoffer Johansson was sentenced to 14 years in a high-security prison in 2013 for murdering and dismembering his ex-girlfriend, 20-year-old civil engineering student Vatchareeya Bangsuan.

For the last five years, Johansson has been transitioning into a woman, going by the name Kim Marie Johansson. He has been visiting Anova, a clinic in Stockholm that provides hormone treatment therapy in connection to sex reassignment surgery.

"I use hormone patches for estrogen hormones, and I take testosterone blockers for the testosterone, as I go through a sex correction process," Johansson said in the TV3 documentary In the Head of a Murderer—Kim Marie Johansson, aired on Oct. 11.

One month ago, the Swedish Prison and Probation service made the decision to allow Johansson to be transferred to a women's prison, likely the Hinseberg facility.

The Norrtälje Institution issued a case report announcing its "reassessment of the special conditions applicable to Kim Johansson's enforcement in connection to the currently on-going sex correction surgery."

Observers have noted the report talked about Johansson's feelings and his desires, but did not mention the feelings and safety of female prisoners who would be forced to share space with the convicted murderer.

Johansson's sentence was reduced from 14 to 10 years owing to legal wrangling, but he could be released as early as January 2020.

Critics of the transfer note that women's prisons in Sweden resemble youth hostels more than jails. Women engage in gardening and sew their own clothes rather than wearing prison uniforms. They are allowed to have metal cutlery in their rooms. Often, young children are living in prison with their mothers.

Many of the women prisoners have been victims of male violence, child abuse and sexual assault.

The autopsy of Johansson's girlfriend revealed he had raped her, smeared his sperm on her, and then killed and chopped her up. He afterwards feigned concern and joined the search party for her body. The victim's legs were the first thing found in a deserted house in the woods near Boden.

"It cannot be made clearer: It's the man's feelings that are important, not the women — even when the man sees himself as a woman," said one critic of Johansson's move to the women's prison.

Swedish left-wing journalist Kajsa Ekman has spoken out about the case, but has been labelled "transphobic." In an article for Aftonbladet, one of the largest daily newspapers in the Nordic countries, Ekman expressed doubts about the idea of gender as a social construct and posited that there is an undeniably biological aspect to it.

The request for Johansson's transfer was approved despite the prison and probation service concluding that he posed a serious risk and would likely commit acts of violence and threaten others, noting his violent murder and dismemberment of the victim, and his lack of remorese and his being physically intimidating. During his time in prison, Johansson has been guilty of repeated misconduct for refusal to work and possession of unauthorized drugs.

Attorney Jan Kyrö, Johansson's legal representative, spoke to his client's motivation: "It's not that she minds men — her desire to move to a women's prison is a consequence of her sex change. She loves her new role. I'm not a psychologist, but I get the feeling she has found herself."

Dr. Paul R. McHugh, the Distinguished Service Professor of Psychiatry at Johns Hopkins University and former psychiatrist–in-chief for Johns Hopkins Hospital, who has studied transgendered people for 40 years, said it is a scientific fact that "transgendered men do not become women, nor do transgendered women become men."

All such people, he explained "become feminized men or masculinized women, counterfeits or impersonators of the sex with which they 'identify.'"

The transfer of a violent male offender to a women’s prison, who may be released into society just six years after murdering and dismembering his own girlfriend, has raised the ire of many Swedes, who have been voicing their consternation to the Swedish Minister for Justice and Migration.