Director Grzegorz Braun: 'I am just reporting the historical facts'

The Catholic diocese of Stockholm announced in a press release last week that they are distancing themselves from Braun's independent documentary owing to Polish "reactions that the film does not portray Luther and the emergence of the reform in a fair way."

Braun told Church Militant, "This is a serious and grave accusation, and that's why I have my suspicions. I don't know these people, and I don't know the author of this irresponsible and idiotic note."

Free episode from CHURCH MILITANT Premium
WATCH MORE LIKE THIS
"This is either a lack of knowledge or a lack of morals on the side of the person who wrote it because this person admits that nobody ever saw my documentary in Stockholm," continued Braun. "I mean the authors of this note never watched my documentary."
The press release also mentioned that "[t]he film may negatively affect the ecumenical dialogue or at least the efforts made by Pope Francis for a deeper dialogue with the Lutheran churches. It ... contradicts the commandment of Christian love."
Braun suspected that the bishops think "ecumenism is probably the most important and maybe even the only thing that they think the Catholic faith is about. Of course, we know that this is only a modern supposition type of thinking."
This press release was issued at the start of five film screenings in Sweden with Braun between March 22–25 in Malmö, Gothenburg and Stockholm.
If Stockholm bishops have any doubts or regrets regarding the quality of my documentary, blame Martin Luther himself.
The diocese was asked which parts of the film were false or which parts unfairly represented Lutheranism, but they have not responded. For most of Sweden, Poland and England, the documentary remains popular among viewers, with two upcoming showings in Warsaw and Łomża, Poland next month. Braun explained to Church Militant that wherever it is being screened or distributed on DVD, he receives positive responses.
Swedish bishops defended their decision in the press release, calling for "a critical distance" from the "hateful message contained in the film and unfair descriptions of our brothers from other churches." However, Braun insists his documentary reveals the truth about Luther and the Protestant revolution.
Luther's biography serves as the framework for the film, but it includes facts unfamiliar to members of a number of the various Protestant sects. "The film will show the origins of the Protestant revolution, the precursory social revolutions in which heresies were utilized as carriers of ideology for political diversion, leading to significant 'proprietary transformations,'" reads the aim of the documentary on Braun's website.

"This is Martin Luther speaking to you through his own papers, sermons, letters and words that were published by his friends, supporters, followers and believers," insisted Braun to Church Militant. "If Stockholm bishops have any doubts or regrets regarding the quality of my documentary, blame Martin Luther himself. I am just reporting the historical facts."

In addition, the film reveals the development of Luther's influence in other countries with other Protestant revolutions up until the modern day. "It will be aimed at identifying today's protracted Protestant revolutions," continues the aim of the documentary, "echoes of events half a thousand years old, the devastating effects of the 'shockwave' of Protestantism in the horrors and absurdities of the 20th/21st centuries."

Martin Luther was a Catholic priest who left the Church and launched the Protestant revolution with the nailing of the 95 theses to the door of the Wittenberg Cathedral in Germany. His "theses" were disagreements with the Church that sparked from his former criticism of abuses, including the sale of indulgences. Luther sought to change Church teaching and doctrine concerning grace, salvation, the Sacraments and Holy Scripture.

In producing his documentary, Braun traveled to nine countries throughout Europe. He filmed over 30 people, including academic historians, theologians, philosophers, writers and journalists who studied Luther and the revolution and captured footage of many of the historical sites associated with its beginnings.

Braun told Church Militant he is preparing to release an English version of his film in the next few months. 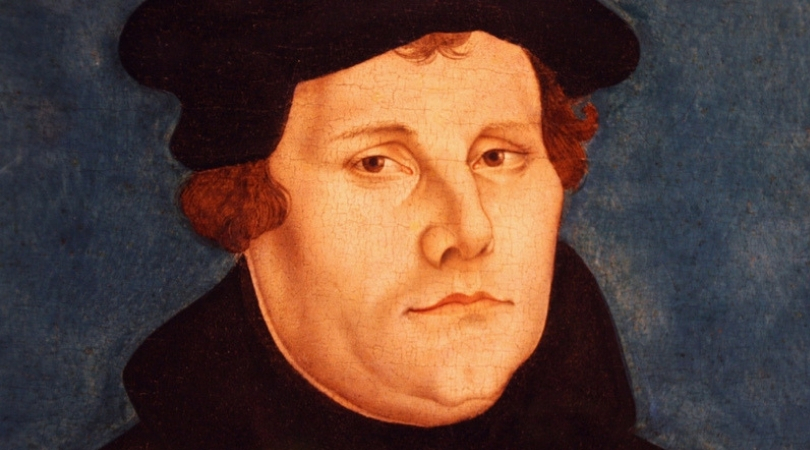 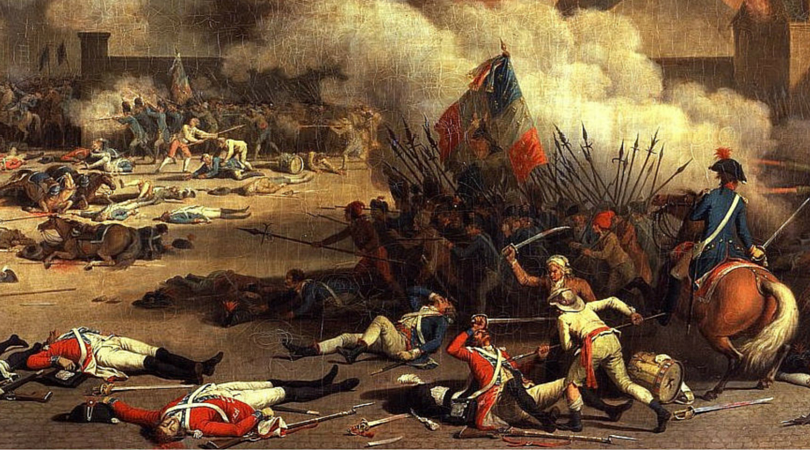 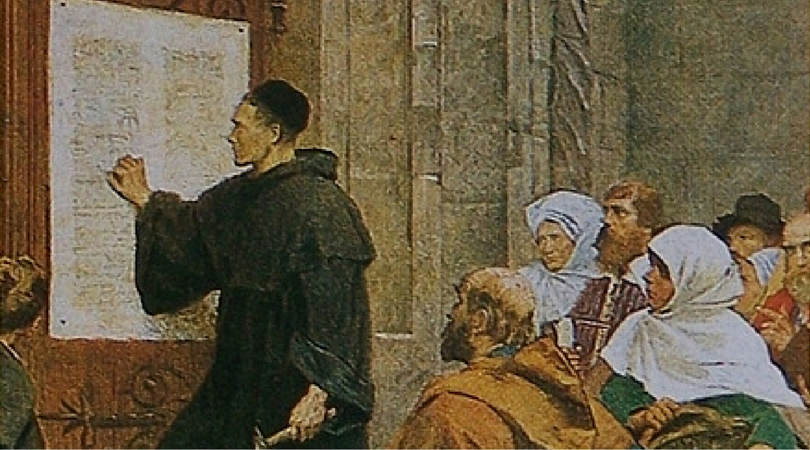