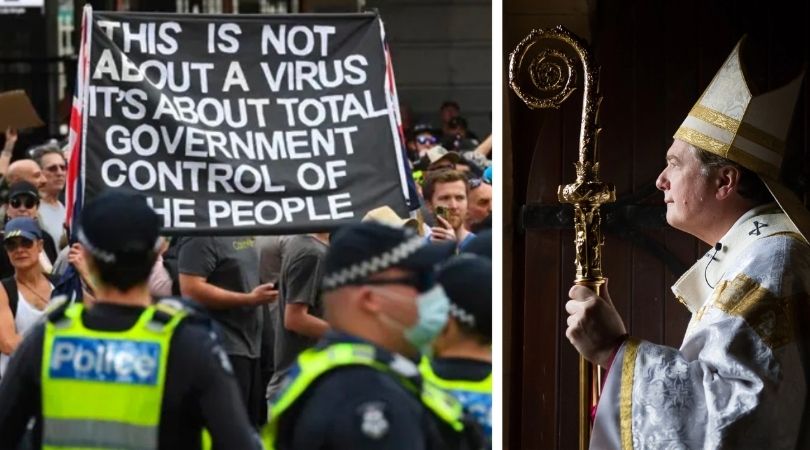 SYDNEY (ChurchMilitant.com) - Sydney's archbishop is pressing his bishops, priests and deacons to get vaccinated, almost a year after he opposed the abortion-tainted jab on ethical grounds.

In a dramatic U-turn that shocked several of his priests, Abp. Anthony Fisher wrote a four-page pastoral letter to clergy on the Feast of St. Lawrence, deacon and martyr, asserting: "But I ask you, my brothers, to please get vaccinated." [emphasis in the original]

"Clergy, as pastoral leaders in their communities, have an even greater duty to set a good example in this regard," Fisher urged, noting that Pope Francis and "most or all of the bishops of Australia, and most of the clergy have given this good example."

Predicting the introduction of vaccination passports for visiting the sick in hospitals, care homes and even home visitation, the prelate warned that a cleric refusing vaccination "would render it impossible for him to perform important parts of his ministry."

Church Militant obtained a copy of the archbishop's letter and, on condition of anonymity, spoke to several priests in Sydney who expressed distress over Fisher's subtle imposition of mandatory vaccination.

"As a priest, I am deeply grieved that any bishop would recommend clergy accept vaccination that in any way involves the use of aborted fetal cells in the production, testing or confirmation process," a senior priest told Church Militant.

"They have lost their credibility as defenders of life. Imagine the stink that would be kicked up if these vaccines were in any way linked to experiments performed by the Nazis even longer ago," another priest lamented.

Imagine the stink that would be kicked up if these vaccines were in any way linked to experiments performed by the Nazis even longer ago.

Fisher is justifying the jab on the grounds that "the recipients would be chronologically and morally very remote from the abortions and the collection of fetal cells 50 years ago; and the recipients have no desire to profit from these or to have these repeated."

Sydney clergy also blasted the bishops for kowtowing to the draconian lockdowns while secular groups in large numbers were facing police brutality and engaging in public protests for freedom in Sydney, Melbourne, Brisbane and other parts of the country.

"The bishops have been very compliant with the state governments, so much so that several clergy are wondering if the bishops have been paid, or perhaps threatened," a priest in an urban parish said. "In the latter case, it may be the threat of removing funding from Catholic education."

Fisher joined Anglican archbishop Glenn Davies and Greek Orthodox archbishop Makarios slamming the government last September for choosing to "throw its lot with one [vaccine] that makes use of a cell line (HEK293) cultured from an electively aborted human fetus."

"Given that many other vaccine trials are being conducted that do not involve the use of morally compromised human cell lines," the archbishops demanded assurances that "the use of the AstraZeneca/Oxford University COVID-19 vaccine will in no sense be mandatory."

The prelates also asked the government to "ensure that an ethically uncontroversial alternative vaccine will be made available in Australia if it is achieved" and that no one would be forced to use or prescribe an "ethically tainted" vaccine against "their conscientious religious or moral beliefs."

Australia has turned into a police state, the world is watching, and the bishops are huddling together in their episcopal bunker.

Australian Imam Sufyaan Khalifa had even praised Abp. Fisher and shamed fellow Muslims, saying, "The Catholics have stood up against this clearly because they know it's haram [forbidden]. It's unlawful. But you stand with the government instead."

Christian leaders soon capitulated to vaccine pressure with the new Anglican archbishop of Sydney, Kanishka Raffel, taking the shot and deriding conscientious objectors by insisting that the jabs "can be embraced by Christian people as God's good provision for his people."

After taking the abortion-tainted jab in May, Abp. Makarios Griniezakis insisted: "The only solution that we have to get rid of the pandemic, the only light at the end of the tunnel, is to get vaccinated."

Makarios, at the heart of a controversy involving the purchase of a $6.5 million harbor apartment, added: "I encourage all people, it doesn't matter if you are Greek or not, Christians or not, Muslims or whatever. Please get vaccinated."

In his letter, Fisher accepts "people should not be coerced into vaccination but should be able freely to decide," and "people's liberties and consciences" must also be considered.

A prominent lay leader told Church Militant that Fisher and other bishops have been "too cowardly to even timidly address the police brutality at recent freedom rallies where police fired rubber bullets, used pepper spray against children and applied excessive force to indiscriminately arrest and fine women and teenagers."

"Australia has turned into a police state, the world is watching, and the bishops are huddling together in their episcopal bunker," the lay leader lamented. "The bishops merely give in further to the cult of COVID compliance."

Maronite Catholic bishop of Australia Antoine-Charbel Tarabay has even condemned the rallies of people objecting to vaccines as "unacceptable."

Church Militant contacted Sydney archdiocese asking if Fisher had directed his priests to be jabbed with the abortion-tainted vaccine. The archdiocese did not respond to this query.

Following unconfirmed reports on social media, Church Militant also inquired if the archbishop "is consulting with relevant persons regarding restricting Holy Communion to the vaccinated only."

I've been made aware of some claims on social media purporting that I have been advocating the sacraments to be restricted to only those who are vaccinated against COVID-19. This is completely false. My concern, along with many other religious leaders, is to get our churches open again so we can all gather to worship. This is what we are working on.

While Fisher referred to "the changing and sometimes confusing medical advice," his letter did not address evidence in peer-reviewed journals warning of the poor or waning vaccine, the danger of a super-virus stemming from mass vaccination, the high levels of COVID among the vaccinated, or the adverse effects and fatalities because of the jab.

The prelate who previously opposed the abortion-tainted jab concluded that getting jabbed "would nonetheless normally involve no formal cooperation or impermissible material cooperation in the evils of abortion and the exploitation of fetuses on the part of the recipients." 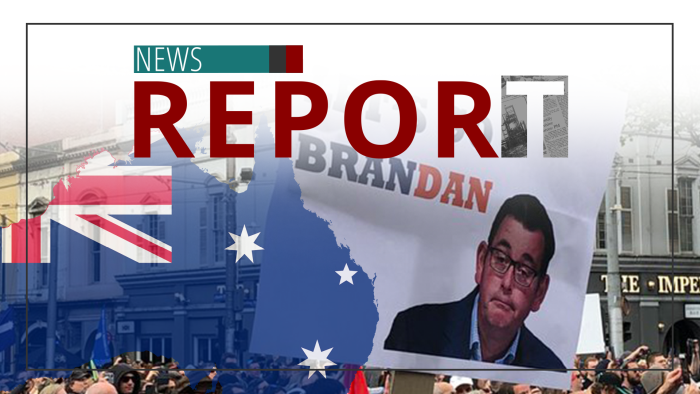