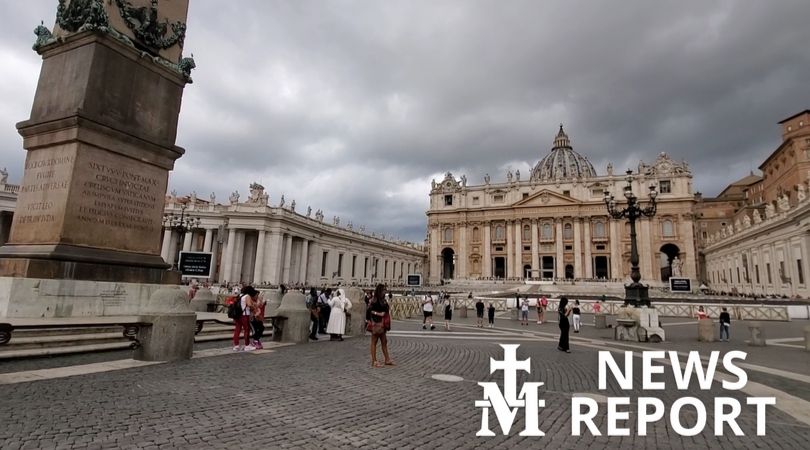 Propagandists push back against critics

The Synod spin machine is already in high gear — days before the synod begins just inside the gates of the Vatican — the latest coming from Catholic News Service, the media arm of the U.S. bishops, quoting Brazilian Jesuit Fr. Adelson Araujo dos Santos.

German Cdl. Walter Brandmueller ripped it as being heretical for pushing women's ordination and gender ideology.

From the document: "Identify the type of official ministry that can be conferred on women … that women be guaranteed leadership, as well as increasingly wide and relevant room in .. theology, catechesis, liturgy."

Former head of the Vatican Supreme Court Cdl. Raymond Burke called it apostasy for its promotion of pantheism and syncretism.

Again from the document, speaking of life in the Amazon: "It is a life that dances and represents divinity and our relationship with it … since there is an inter-communion between the entire cosmos ... and us."

In fact, it appears to be so bad, Brazilian Bp. Antonio Rossi Keller accused synod organizers of wanting to create a new Church, asking, "Why don't they just leave the Barque of Christ? Because their goal is to throw overboard those who disagree with them."

Dos Santos, one of 25 experts chosen by Pope Francis to assist synod members, is trying to divert attention from the problem areas.

He's claiming the document "is solidly based on the doctrine flowing from Sacred Scripture, tradition and the Magisterium of the Church."

Dos Santos insists there's nothing to fear about the synod, much less struggle against it — but that position doesn't seem to hold water given the obvious theological flaws pointed to by high-ranking Churchmen.