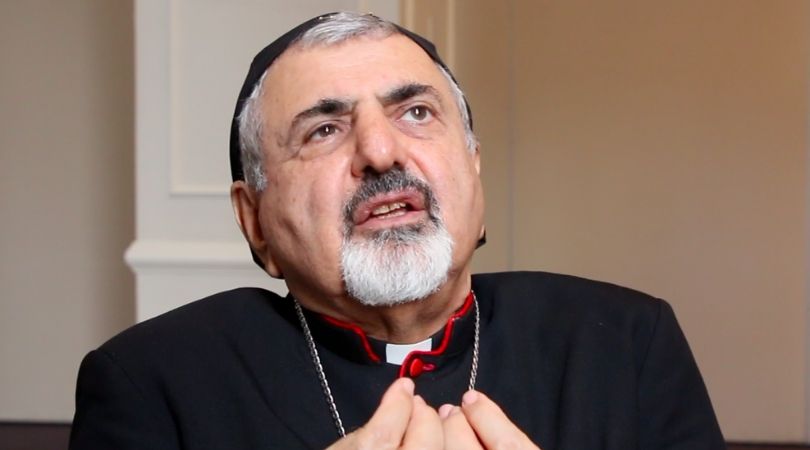 ROME (ChurchMilitant.com) - The Syrian patriarch of Antioch is calling on Muslim-majority countries to resettle Islamic refugees and is excoriating Western religious leaders for their "political correctness" on immigration and the persecution of Christians.

"Since there are Arab countries — with a Muslim majority — that have financial resources in billions and vast uninhabited territories, why not settle the refugees from the Middle East, thereby giving them temporary accommodation pending a political solution which will facilitate their return home?" asks His Beatitude Ignatius Youssef III Younan.

"These countries have the space, money and resources needed to do it. Furthermore, this solution would be preferable for refugees of Islamic faith who would be more comfortable with a question of religious, cultural and linguistic affinity," the primate of the Syrian Catholic Church urges.

The patriarch's outspoken remarks are in variance to Pope Francis' plea to Western countries for open doors to Muslim immigration, but echoes Cdl. Raymond Burke's call for opposition to "large-scale Muslim immigration" as "a responsible exercise of one's patriotism."

Burke quoted No Go Zones: How Shariah Law is Coming to a Neighborhood Near You, written by Raheem Kassam, a Briton of Pakistani-Muslim heritage, to highlight the demographic problem of Islamic immigration.

Youssef rebuked religious leaders for their "political correctness" in not having the courage to persuade Muslim nations to do more to help their own people in distress.

"Refugees should be told: 'You already have the opportunity to return, we guarantee you can do it safely. Instead of staying in the countries of the exodus, we will help you in your native land,'" His Beatitude told Italian newspaper Il Nuova Bussola Quotidiana in an interview two weeks after a papal audience with the Middle East patriarchs.

Youssef accused Western leaders of a "Machiavellian opportunism" in betraying Middle Eastern Christians by abandoning them:

For years we have seen the exodus of our people, caused by persecutions, oppressions and the chaos created precisely by Westerners. We don't talk about this situation and, if we do, it is only to make empty promises. We don't need financial aid, we want to stay in the land of our ancestors. We have not been imported from outside, we have the right to stay in our countries.

The patriarch also lamented the alliance of European nations with countries "where there is no recognition of religious freedom and which are characterized by being among the most fundamentalist in the world."

The recent tidal waves of migration are not a random phenomenon but are methodically planned, as was Muhammad's Hijra – his migration from Mecca to Medina.

"But opportunistic purposes prevail, because these countries are also rich in oil," he pointed out, calling for European parliaments to sign bilateral agreements only with countries that explicitly recognize both religious and civil freedoms.

Sam Solomon, co-author of Al-Hijra: The Islamic Doctrine of Immigration and co-founder of Christian Concern, told Church Militant that immigration is a bona fide doctrine of Islam.

"The recent tidal waves of migration are not a random phenomenon but are methodically planned, as was Muhammad's Hijra — his migration from Mecca to Medina," the expert in Islamic jurisprudence observed.

"The fact that the Islamic calendar starts with the Hijra shows how central the Hijra is for Islamic global domination," he added.

"Obviously not all Muslims immigrate for the purpose of Islamic domination or mission (dawa), but even when the original intent of the immigrants is to seek other goals they are religiously obligated to keep the ultimate goal of an Islamic society in sight," he stressed.

"By bringing back 12 Muslims [as refugees], the Pope wanted to show that Christianity does not discriminate. He met with U.S. vice president, Joe Biden. He [Francis] must clearly say that Western policies are contrary to the principles of charity and justice. Western democracies cannot be exported to countries where religion and state are one," Youssef pleaded in an earlier interview.

The patriarch's exhortation will be seen as a reprimand to many Western church leaders who see it as the West's responsibility to host Muslim refugees.

Last month, Church Militant reported on Fr. Nick VanDenBroeke who was forced to publicly apologize by his archbishop, Bernard Hebda, for preaching on the dangers of uncontrolled Islamic immigration.

During his recorded homily, the priest weighed a country's right to protect itself from dangerous ideologies with its duty to help poor immigrants.

"I believe it is essential to consider the religion and worldview of the immigrants or refugees," the priest of the archdiocese of St. Paul and Minneapolis preached, distinguishing between peaceful Muslims and the Islamic ideology that goes against Christianity and the West.

He finished that segment of his homily by saying he wasn't saying anything "anti-Christian," noting that Islam by its very nature is "anti-Christian." 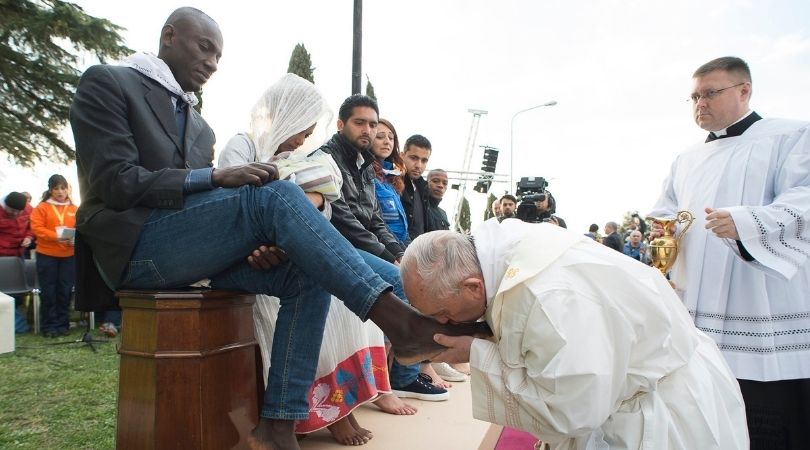