Tainted Election Returns — It Is Congress’ Duty to Adjudicate

Congress has power to act in disputed elections

(a) It shall be unlawful for any alien to vote in any election held solely or in part for the purpose of electing a candidate for the office of President, Vice President, Presidential elector, Member of the Senate, Member of the House of Representatives, Delegate from the District of Columbia, or Resident Commissioner, unless-

(1) the election is held partly for some other purpose;

(2) aliens are authorized to vote for such other purpose under a State constitution or statute or a local ordinance; and

(b) Any person who violates this section shall be fined under this title, imprisoned not more than one year, or both. (U.S. Code Title 18 Part 1 Chapter 29 §611)

Nothing hurts the self-government of the people of the United States so much as ignorance of the Constitution, or willful neglect of its provisions. I know from reports, as well as from first-hand experience, that the present elitist faction-corrupted party system in the United States suffers from chronic cheating.

In the 21st century, this no doubt includes tampering with some voting machines in ways that only a handful of savvy hackers can understand. As the ongoing fiasco in Broward County, Florida well betokens, it also involves organizing non-citizen foreigners — many of them present in the United States in violation of our immigration laws — to vote in our federal elections.

This offers opportunities for a foreign government to interfere with our politics and, in general, endangers our constitutional sovereignty as a free people. Tragically, since the elitist faction leadership of both the so-called "major" parties routinely practice vote tampering to maintain their control of the national government, neither party acts effectively to defend against it.

Thanks to the so-called "rotten boroughs" spawned by oligarchic corruption of the parliamentary voting system in England, America's founding generation were well-acquainted with tactics deployed to impair true representation in an elected legislature. So the Constitution makes provision for dealing with tainted elections, if and whenever the people elect representatives who recognize and are willing to defend the intrinsic stake the people as a whole has in doing so.

The U.S. Constitution plainly states that: "Each House shall be the judge of the elections, returns and qualifications of its own members, and a majority of each shall constitute a quorum to do business" (Article I.5).

Given the Constitution's language, dealing with vote tampering in federal legislative elections is not the responsibility of state government officials or state and federal judges or justices. It is the responsibility of each house of Congress, respectively. Nor does the Constitution dictate the procedure or timing of congressional actions regarding election returns.

The present party system has come under the controlling influence of what [Washington] called 'the baneful spirit of party,' which inclines parties to undertake 'enterprises of faction.'

Such action may begin and conclude during a so-called "lame duck" session. Or evidentially credible allegations could be sent to a committee for objective, bipartisan investigation and recommendation, in a lame-duck session, with conclusive action postponed until after the new Congress is seated. In any event, the vote involved in each house would be tallied minus the participation of representatives-elect from districts in which cheating is credibly alleged.

Procedures aside, the important thing to note here is that Congress has the power to act, and has done so in the past. Why is it, then, that the leadership in neither party is presently poised to take action? Could it be the vested interest of the elitist faction leaders in both parties, seeking to make sure their faction does not surrender the advantage derived from corruptly manipulating congressional votes?

Could it be because these elitist faction minions are tacitly united in their desire to keep alive and exploit opportunities to nullify the people's capacity for independent decision-making, so that the elitist faction can continue, in effect, to usurp the sovereign authority the Constitution vests in the people?

The Constitution's reliance on Congress to be the judge of congressional election returns assumes that the representatives of the states and the people, respectively, have the goodwill and ability to form and render judgments that reflect the sovereign good of the people as a whole.

But, as George Washington predicted, the present party system has come under the controlling influence of what he called "the baneful spirit of party," which inclines parties to undertake "enterprises of faction" (James Madison's definition of faction in Federalist #10: "By a faction I understand a number of citizens, whether amounting to a majority or a minority of the whole, who are united and actuated by some common impulse of passion, or of interest, adverse to the rights of other citizens, or to the permanent and aggregate interests of the community").

So contrary to the requisite genius of the American people, party leaders are driven by their factional allegiances. They act on the personal stake they have, as individuals, in the power of their faction. They have no regard for the vital interest the good people of the United States ought to have in safeguarding their authority to ordain, establish and maintain just government over themselves. On the whole, such self-government is their God-endowed right of liberty.

When factionalism prevails, it perishes. It will do so now, unless we force ourselves to awaken from the sly delusions of irresponsible freedom beguiling us from all quarters, but intended to marshall our sense of being one nation, under God, toward self-destruction. 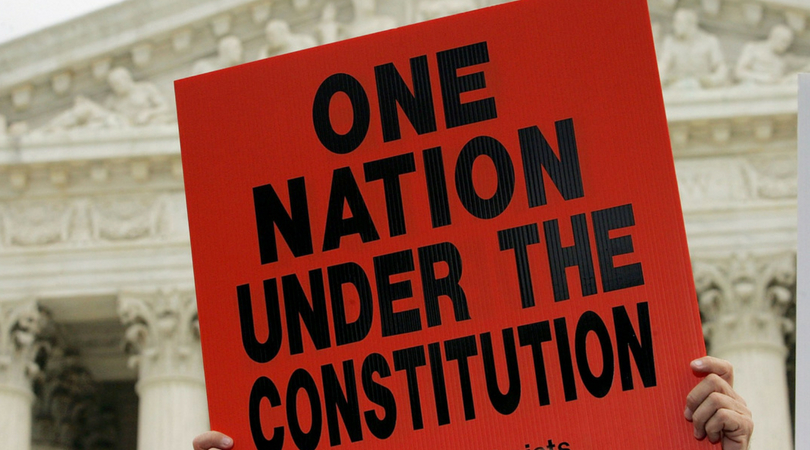 The Lie of Separation of Church and State
By Dr. Alan Keyes   •   0 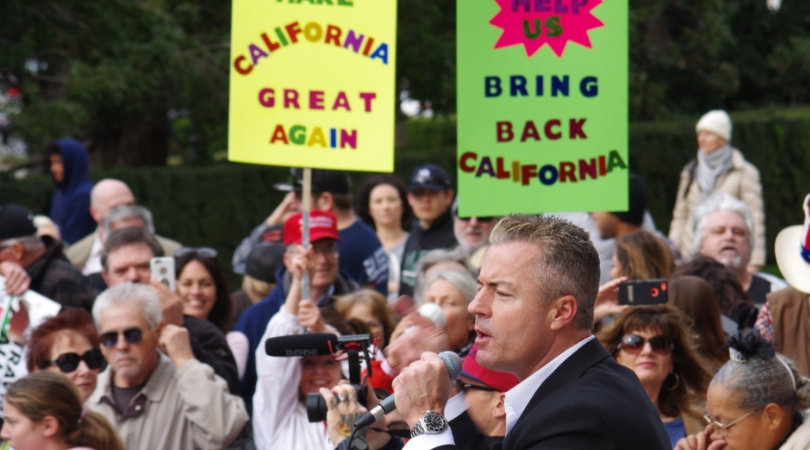 Governors’ Races: Why They Matter
By David Nussman   •   0 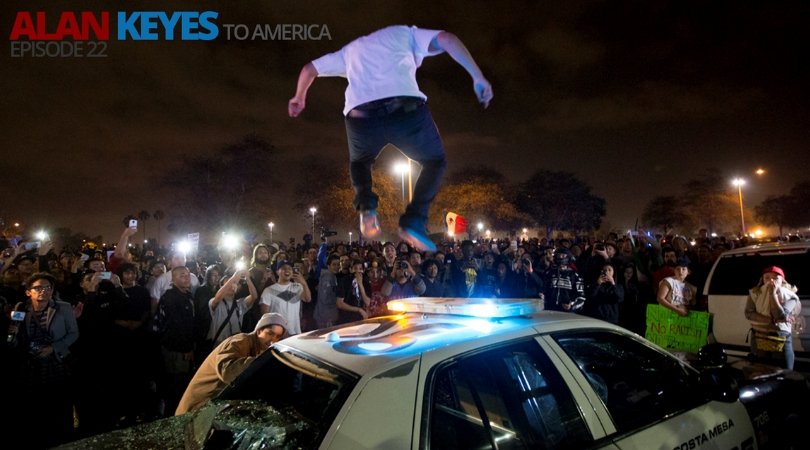 Watch
Why Democrats Trash the Constitution
By Dr. Alan Keyes   •   0