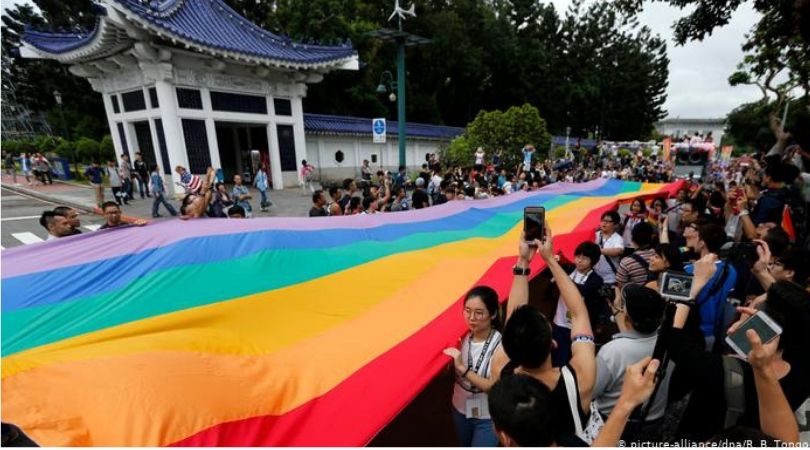 TAIPEI, Taiwan (ChurchMilitant.com) - Taiwan has legalized same-sex marriages, making it the first Asian country to do so.

Sparked by a 2017 Constitutional Court resolution that determined Taiwan's civil code defining marriage as specifically between one man and one woman was unconstitutional, the court gave the legislature two years to draft a legally binding change that recognized same-sex unions.

As a result, the legislature drafted three potential replacement codes, eventually settling on the draft considered the least stringent by a 66-23 vote on May 17. The draft passed was the only one to employ the term "marriage" to classify same-sex unions.

Taiwan President Tsai Ing-wen, who made gay marriage a component of her 2016 campaign, likely will sign the bill.

Classified as a crisis of epidemic proportions in the country, 90% of most HIV-1/AIDS cases since 1984 are reported as transmitted through sexual activity.

While reliable numbers related to the total percentage of Taiwan's gay population cannot be found, the densely populated nation has long been a gay tourist destination due to its widespread acceptance of homosexual culture.

In a travel essay written for the English as a second language international placement recruiter Reach to Teach, for example, the gay author notes: "The government seems very supportive of LGBT rights and the people here are just very open minded and accepting."

But, according to Centers for Disease Control and Prevention (CDC) numbers compiled in 2016 and reported on Wikipedia, "There are 31,620 reported cases of Taiwanese testing positive for [HIV-1/AIDS]."

Classified as a crisis of epidemic proportions in the country, 90% of most HIV-1/AIDS cases since 1984 are reported as transmitted through sexual activity, although most recently that percentage has decreased to 50% due to an increase in infections caused by intravenous drug use.

Further CDC statistics from 2003 reveal a far higher percentage of HIV-1 rates from men "who have sex with men in saunas or bath houses" (6.7%) compared to intravenous drug users (0.09%), female sex workers (0.2%) and patients with sexually transmitted infections from both heterosexual and homosexual encounters (1.9%).