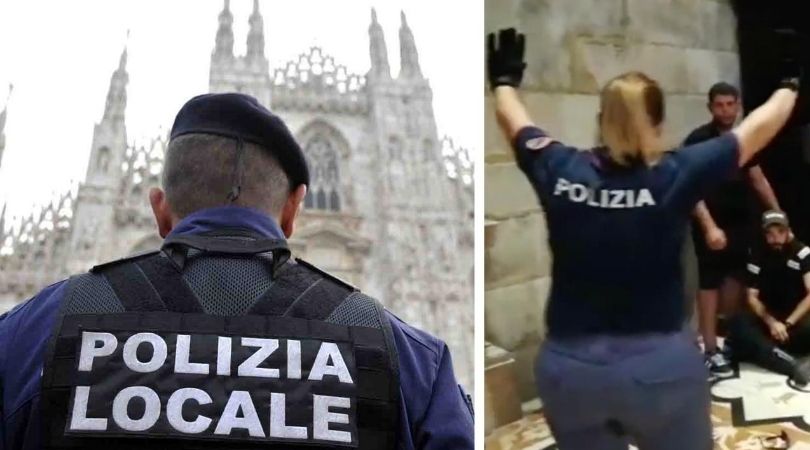 MILAN (ChurchMilitant.com) - Police overpowered an Egyptian migrant after the 30-year-old broke through security and, rushing up to the high altar at Milan Cathedral, held a guard hostage at knifepoint.

Brandishing a 20-centimeter switchblade, the assailant who possesses a long-term residence permit for family reunification reasons, forced his uniformed captor to kneel for over eight minutes.

Italy's General Investigations and Special Operations Division (DIGOS), which interrogated the suspect, revealed that the man, currently living in the Lombardy region, was stopped by a police patrol while he was sitting on the cathedral steps Wednesday around 1 p.m.

Asked by officials from the Centro Commissariat for his residence documents, the migrant attempted to stall police inquires. Suddenly, he broke free and ran towards the cathedral entrance reserved for worshippers and pushed aside a security officer who was guarding the door.

Inside the cathedral, a second security guard accosted him after he had reached the high altar.

However, the assailant pulled a knife on the guard and forced him to kneel and later sit on the floor.

Senior police officials, including Commissioner Mauro Frare and Deputy Commissioner Luca Gazzili, rushed to the scene and began negotiating with the hostage-taker.

A policewoman from the Flying Squad tried to calm the assailant and with hands raised told him: "Do you want me to take off the belt? I'll take it off. I want to help you, look, I'll put it on the ground."

At one point when the migrant was distracted, armed police took him by surprise and disarmed him.

Police say that the migrant has a criminal record for stealing two bottles of champagne and fleeing until he was arrested at Malpensa Airport in 2016.

Police later disclosed that the man was not being investigated for terrorism.

The Italian bishops' news media Avvenire described him as "decidedly" and "visibly disturbed" — even quoting the man as saying he had a "room" in the cathedral and his name is "Christian."

The prosecutor's office is keeping the assailant's identity confidential and mainstream Italian media, including the bishops' media website, have pixilated pictures and video footage of the migrant's face to prevent his identification.

Pope Francis and the Italian Episcopal Conference (CEI) are seen as pushing a pro-migration agenda with a three-year campaign.

However, Lega Party leader Matteo Salvini published footage of the entire hostage-taking and arrest on social media — drawing over 49,000 comments and over 8. 2 million views.

"Crazy stuff! Cops with their hands up while it should be him!!! Do you realize??? What state do we live in????" a commenter wrote, summarizing the tone of most comments, which slammed police for the "tolerant" attitude taken to the man just because he was an "immigrant" and not "Italian."

"'Can I take a step? Can I get closer?' But I have no words!!! More powers to our police, asking permission!!!" another commenter wrote, mocking the policewoman's attempt to "surrender" and lay her belt with holster on the ground.

A source from Milan told Church Militant that the assailant's identity was being kept a secret because he was most likely a Muslim either from Egypt or from the Maghreb, as some newspapers were reporting.

Crazy stuff! Cops with their hands up while it should be him!!!

The source also said that it was typical of the bishops' and leftwing media to describe terror attacks as committed by "alterati" (people who are upset or in a disturbed state of mind).

Salvini also tweeted a video of the altercation: "ATTENTION, STRONG IMAGES. The terror today in Milan Cathedral [contains] disconcerting images. African immigrant (according to what we learn, of Egyptian nationality, prejudiced and with a residence permit) takes [guard] hostage."

In another tweet, Italy's former deputy prime minister and minister of the interior blasted Milan's deputy mayor Anna Scavuzzo who commented: "His [the assailant's] state of [mental] health remains to be understood."

Pope Francis and the Italian Episcopal Conference (CEI) are seen as pushing a pro-migration agenda with a three-year campaign, "Free to leave, free to remain," launched in 2017.

The project is funded with 30 million euros allocated through the eight-per-thousand tax devolution scheme — a mandatory tax in Italy.

Milan has over 50,000 mostly Muslim illegal migrants. Italian newspaper Il Giornale noted that it has become a "symbol of decay and disarray from the point of view of public order, with stabbings and rapes every day and open-air drug dealing." 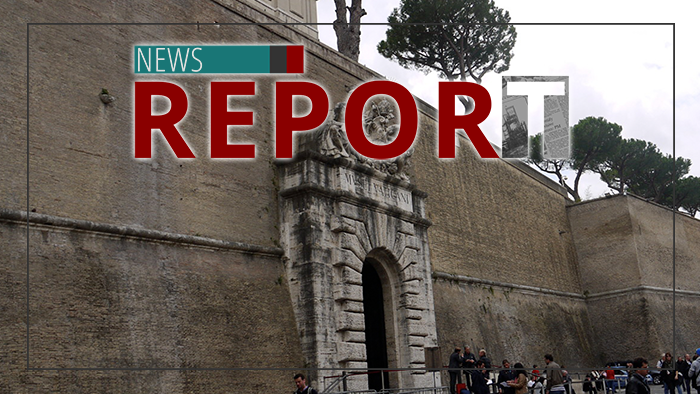