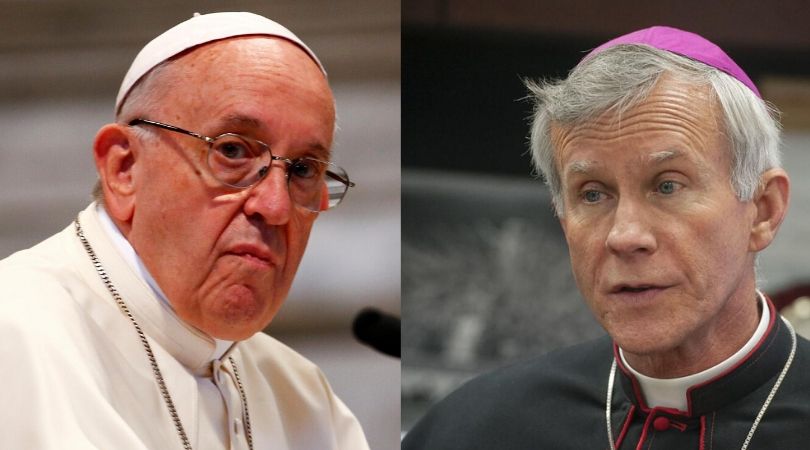 VATICAN CITY (ChurchMilitant.com) - In a Jan. 20 audience with Pope Francis — his first — Bp. Joseph E. Strickland of Tyler, Texas asked the pontiff about the status of the promised report on former cardinal Theodore McCarrick.

This week, bishops from Texas, Oklahoma and Arkansas traveled to Rome for a meeting with the pope. During the visit, Bp. Strickland asked Francis about the long-awaited McCarrick report.

Strickland later told Catholic News Service (CNS) that work on the report is underway, and it will be released in the future. Reportedly, its main focus will be McCarrick's impact on victims, but it will also address how the former cardinal — widely known among the hierarchy as a serial sexual predator — could have been promoted up through the ranks of the Church to achieve such a position of power.

Bishop Strickland is noted among conservative Catholics for his commitment to accountability. In August 2018, when Abp. Carlo Maria Viganò released his statement to the press about his knowledge of corruption in the Catholic Church and the hierarchy's long-standing acceptance of McCarrick's sexual exploitation of seminarians and minors, Strickland was the first bishop to call for an investigation.

At the Church Militant-sponsored the Silence Stops Now rally in conjunction with the U.S. bishops' conference in Baltimore in November 2018, Bp. Strickland was the only prelate to walk over to the rally and talk with attendees. At the conference, Strickland specifically called out the problem of homosexuality.

To his fellow prelates, he said: "We need to ask how the McCarrick scandal happened. We have to take seriously the question of homosexuality in the clergy. It's part of our Deposit of Faith that we believe homosexual activity is immoral. Do we believe the doctrine of the Church or not?"

When the report on McCarrick is published ... there will be a 'dust-up' in the media, and it likely will cause Catholics more pain, but it also could bring 'a sense of closure.'

CNS reports Strickland warning that when the report is published, there will be a "dust-up" in the media, and it will likely spark more pain among Catholics. But, the bishop added, it may also bring "a sense of closure." He also revealed that the pope wanted the bishops not to share any details of their discussion.

In a follow-up question, CNS reports that Strickland was asked if he regretted his statement of 2018.

"Honestly, I guess I didn't realize how controversial it was at the time," he reflected.

The bishop said his chief regret was that some people thought he was supporting Viganò's call for Pope Francis' resignation.

The 2018 "summer of shame," the effects of which continue today, began in June of that year when the Vatican could no longer ignore credible sexual abuse allegations against McCarrick, and removed him from public ministry.

A July 2018 story in the New York Times further damaged the powerful cleric by exposing his pattern of sexual abuse of male seminarians and minors.

Viganò's claim that the Vatican had known about McCarrick's predation for years put the nail in the coffin of McCarrick's career. He was defrocked in February 2019. 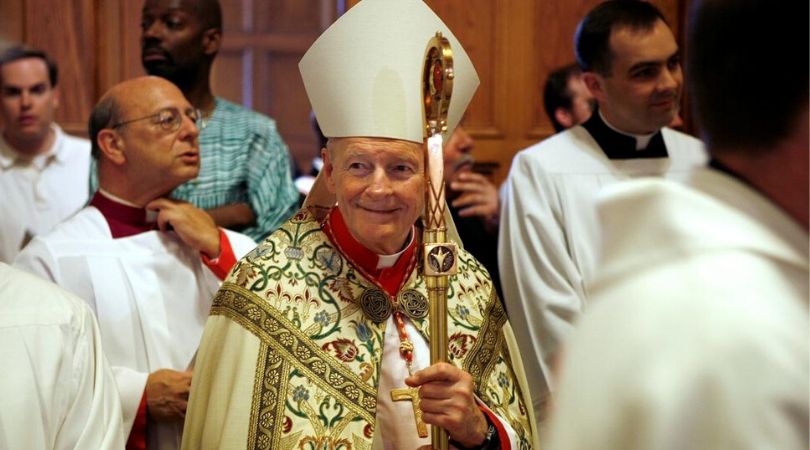